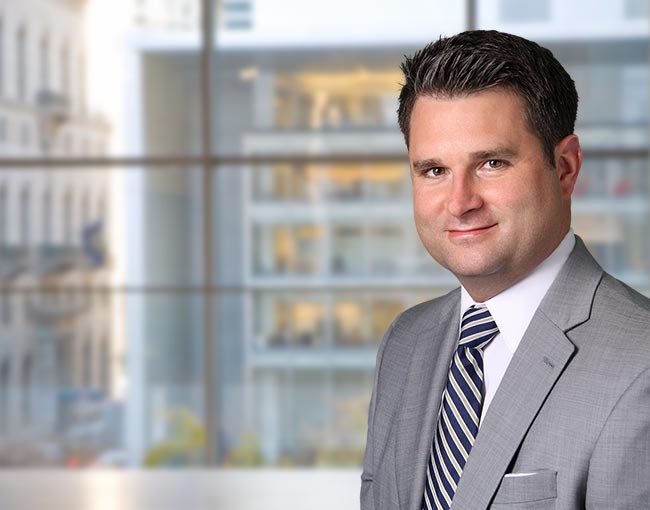 Ryan is a problem-solver who works to create opportunities for clients dealing with environmental and energy issues, property disputes, commercial litigation, and government regulation and public policy matters.

For over a decade, Ryan has represented clients in litigation, regulatory and transactional matters arising under the full spectrum of federal, state, and local environmental laws. He has successfully handled permit proceedings, civil and criminal enforcement actions, administrative appeals, and a variety of lawsuits throughout the country. His clients include publicly-held companies, utilities, railroads, agricultural services companies, health care providers, cities, nonprofits, and privately held businesses.

Ryan's work for his clients involves a strategic approach that draws on his political and legislative experience at the Congressional and statehouse levels. After establishing a client's ultimate objectives, Ryan identifies the most effective tools for a given issue and then applies those tools in smart and timely ways throughout the matter, whether pursuing negotiation or mediation, marshaling external pressure, initiating government involvement, or engaging in litigation.

Ryan's environmental and energy practice has recently included particular experience with Clean Air Act matters. He has negotiated Title V operating permits, secured state and local construction permits, filed permit and other administrative appeals, drafted comments on various regulations including proposed MACT standards, and represented clients in investigations and enforcement throughout the country. He has also secured favorable regulatory decisions from the EPA for clients with complicated mobile source emissions issues. Additionally, Ryan advises clients with regard to climate change preparedness and sustainability.

In his property practice, Ryan currently handles indemnity and other cost-recovery suits as well as litigation regarding commercial sale and lease agreements. He also advises construction firms and developers on land use and regulatory matters, including questions involving planning, permitting, and zoning.

Ryan is a board member of the United Way of Greater St. Louis and sits on the Board's Public Policy Committee. He also is a longtime member of the United Way's Illinois Division Board and has volunteered for Legal Services of Eastern Missouri for over a decade. Ryan also serves on the school board of his daughters' parochial school and also serves as a Planning Commissioner for the City of O'Fallon, Illinois.

EPA incorporates environmental justice into enforcement policy: How can regulated industries prepare? May 7, 2021

What to do when the government comes calling: A checklist for handling facility inspections May 19, 2017

Ryan R. Kemper, Note,
Responding to Bioterrorism: An Analysis of Titles I & II of the Public Health Security and Bioterrorism Preparedness and Response Act of 2002, 83 Washington University Law Quarterly 385, 2005

Congratulations to the new Thompson Coburn partners for 2014 January 7, 2014

No-GMOs are a no-go in Oregon and Hawaii

9th Circuit sends herbicide debate back to the EPA