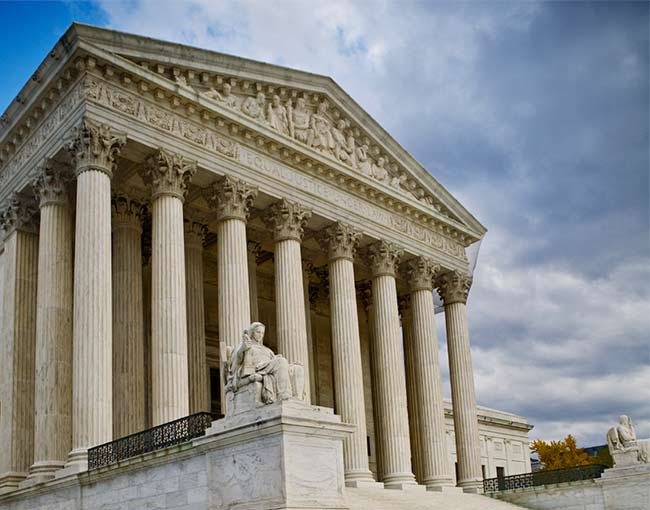 What’s next for class action defendants after Tyson Foods?

The U.S. Supreme Court on March 22 handed down a decision in Tyson Foods, Inc. v. Bouaphakeo. Tyson is perhaps the most anticipated class action decision since the high court’s 2013 ruling in Comcast v. Behrend. But far from providing valuable new ammunition for class action defendants opposing certification, the Tyson decision leaves open key questions about whether a class may (1) rely on “trial by formula” to establish class-wide liability and (2) include significant numbers of uninjured class members.

Still, several avenues remain open for defendants to challenge the mechanisms plaintiffs use to gather and present representative evidence. In fact, the Tyson case potentially could have turned out differently had the company alternatively framed its argument as a Daubert challenge against the representative and statistical evidence used to create the class.

In Tyson, the district court had certified a class of employees for alleged violations of the Fair Labor Standards Act and related state laws based on the failure of Tyson to compensate employees for the time required to apply and remove protective equipment. A jury awarded compensatory damages to the class. Tyson appealed, arguing that the class should not have been certified. The Eighth Circuit affirmed the district court’s certification decision. The Supreme Court granted certiorari to review whether the representative evidence used by plaintiffs (i.e., sample data and analysis regarding the time employees spent donning and doffing equipment) or the fact that some class members may have been uninjured (i.e., did not work any uncompensated time) precluded certification. Both questions carried huge implications for defendants in class actions, as an answer in the affirmative to either question could have exponentially raised the bar to certification. Ultimately, the Court’s decision failed to answer the former question on any categorical basis, and did not address the latter question at all.

In a 6-2 decision authored by Justice Kennedy, the Court declined to adopt "broad and categorical rules governing the use of representative and statistical evidence in class actions," concluding that the answer was case-specific. Representative evidence in Tyson of individual employee testimony, video recordings of donning and doffing at the plant, and a statistical average of videotaped observations reviewed by an industrial relations expert were in fact admissible under the circumstances of the case.

This conclusion hinged on the fact that plaintiffs asserted an FLSA claim. Under substantive FLSA law, the statute’s “great public policy” did not permit denying an employee recovery on the ground that he is unable to provide the extent of uncompensated work merely because employers had violated their statutory duty to keep proper records. Thus, an individual FLSA plaintiff would have been permitted to use the sort of representative evidence now being asserted on behalf of the class. If an individual plaintiff could rely on the evidence, then to deny a class that right would run contrary to the Rule Enabling Act’s admonition that the class device cannot “abridge … any substantive right.” The Court distinguished the class asserting Title VII claims in Wal-Mart Stores Inc. v. Dukes as having failed to meet even Rule 23’s commonality requirement and having sought to enlarge the class members’ substantive rights to allow recovery based on statistical analysis. In other words, contrary to an FLSA plaintiff, a Title VII plaintiff could not have relied on representative or statistical evidence to support liability for an individual plaintiff.

Going forward, "[w]hether a representative sample may be used to establish classwide liability will depend on the purpose for which the sample is being introduced and on the underlying cause of action." Class action practitioners thus remain free to introduce, or oppose the introduction of such evidence, unhindered by today's ruling. The Court’s decision carries two lessons for class action defendants.

First, rather than focus simply on the method by which plaintiffs seek to introduce evidence, defendants must focus instead on the substantive law. This lesson in some sense is merely an extension of Comcast and other cases emphasizing the need for “rigorous analysis,” but also relies more heavily on the Rules Enabling Act. The best way for any defendant to show the “trial by formula” will not suffice to establish class-wide liability is to show that it could not as a matter of law support liability in action by an individual plaintiff. In this respect, class defendants will undoubtedly narrowly frame the Tyson decision as applying primarily in the FLSA context.

Second, defendants seeking to defeat certification of classes relying on representative and statistical evidence should sharpen their focus on evidentiary challenges to the evidence —particularly that offered by experts — unrelated to the class action device. The Court in Tyson placed emphasis on the fact that defendant had not challenged the statistical validity of plaintiffs’ evidence under Daubert, nor had it sought “to discredit the evidence with testimony from a rebuttal expert.” Had Tyson been able to show that the representative evidence was “statistically inadequate or based on implausible assumptions,” that could have defeated certification. In such a case, the district court might have been compelled to conclude “that no reasonable juror could have believed that the employees spent roughly equal time donning and offing.”

Interestingly, this potential challenge to the admissibility of expert evidence noted by the Court relates to whether it is fair (i.e., scientifically reliable) to draw inferences from that evidence to the class as a whole, whereas the Court premised its analysis regarding the Rule Enabling Act on the notion that “where representative evidence is relevant in proving a plaintiff’s individual claim, that evidence cannot be deemed improper merely because the claim is brought on behalf of a class.” While the Court’s reasoning on each front might not be inconsistent, there is tension between those standards — and, along with it, an opportunity for class action defendants to defeat certification. For example, they could lodge more involved challenges to expert evidence (and advance their own expert opinions) to establish a lack of commonality and predominance, where they might formerly have made the same arguments simply on the papers opposing certification.

The presence of uninjured class members

The Court originally granted certiorari in Tyson to review "whether a class may be certified if it contains members who were not injured and have no legal right to any damages." Tyson, however, abdicated this argument and reframed the issue on appeal to address whether plaintiffs must demonstrate a mechanism to identify uninjured class members; ensure their presence in the class does not affect the size of any damages award; and ensure that these uninjured class members do not, in fact, recover. Even as to this question, the Court provided no answer. Instead, the Court punted any consideration of the reframed question, as the plaintiff argued it could and would segregate out uninjured class members on remand.

The Court acknowledged “the question whether uninjured class members may recover is one of great importance,” but concluded that the question was not “yet fairly presented by this case, because the damages award has not yet been disbursed, nor does the record indicate how it will be disbursed.” Justice Roberts, in a concurring opinion, stated “If there is no way to ensure that the jury’s damages award goes only to injured class members, that award cannot stand. The issue should be considered by the district court in the first instance.” Of course, in the final analysis, the majority decision not only leaves open a legal question relevant to the disbursement of damages or even the propriety of any damages award, but also to whether it is appropriate to certify the class in the first instance.

Sharon Rosenberg is a business litigation partner at Thompson Coburn LLP. She can be reached at srosenberg@thompsoncoburn.com or (314) 552-6173.