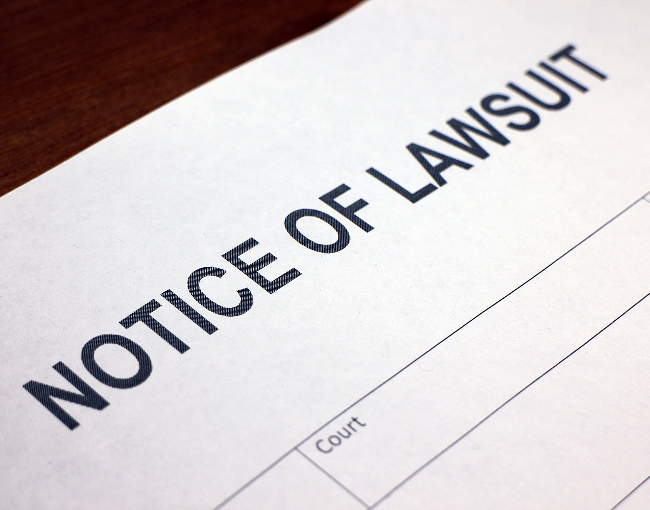 Nevada case a reminder to foreign entities: Protect your due process rights when served

Foreign companies frequently face lawsuits filed by U.S.-based plaintiffs. The service of the initial lawsuit on a foreign company is a process that has come under greater scrutiny in recent years in order to ensure substantive due process rights are preserved.

The main legal mechanism used by plaintiffs to effectuate service on a foreign defendant is the Hague Convention on the Service Abroad of Judicial and Extrajudicial Documents in Civil or Commercial Matters (“the Convention”). A multilateral treaty, the Convention offers a framework for serving process within signatory nations, including multiple means through which a party may perfect service of process documents abroad.

Whether a plaintiff complies with the Convention to effect service, however, is just one part of the inquiry. Service must also satisfy due process. Foregoing the due process requirement runs afoul of the fundamental protections given to litigants under the United States Constitution.

A recent Nevada Supreme Court decision reaffirms the principle that to pass muster and be upheld as valid in U.S. courts, service of process on a foreign defendant must not only comply with the requirements of the Convention itself, but also satisfy constitutional due process standards.[1]

In Grupo Famsa, S.A. DE C.V. v. Eighth Judicial District Court of the State of Nevada, the Nevada Supreme Court decided the question of whether constitutional due process is satisfied when service of process on a foreign company pursuant to the Convention hinges only on a certificate of compliance issued by the foreign nation’s central authority. The court said no, and instructed the trial court to conduct further fact-finding to determine whether service on a customer greeter at that foreign defendant corporation also satisfied the due process requirements of notice reasonably calculated, under the circumstances, to apprise that foreign corporation of the pending action in Nevada.

The facts before the court were as follows. B.E. Uno, LLC (“Uno”) owned a shopping center in Las Vegas, Nevada. Famsa, Inc. (“Famsa”) entered into an agreement to lease space at the shopping center, and Grupo Famsa, S.A. de C.V. (“Grupo”), a publicly traded Mexican company, agreed to guarantee the lease. When Famsa failed to comply with the terms of the lease, Uno filed a complaint in district court against Famsa and Grupo for breach of the lease and guaranty.

In this case, the certification issued by the Mexican Central Authority stated that the papers were served on a female employee in Grupo’s legal department. Grupo filed a motion to quash service of process, arguing that it was constitutionally deficient because the employee was actually a hostess employed to greet individuals as they entered the store, and so was not an agent, officer, or representative of Grupo. Grupo further argued that the employee had no authority to accept legal documents on its behalf. Uno countered that, even if she was a hostess with no authority to accept legal documents, service was still valid because it complied with Mexican law and the Hague Convention.

At the hearing on the motion to quash, despite not being sure as to whether the employee was merely a hostess or someone more involved with the company, the district court nonetheless denied the motion, stating that Grupo was properly served “under the laws of Mexico as well as the Hague Convention and that such service efforts satisfied constitutional standards of Due Process.” Grupo petitioned the Nevada Supreme Court for a writ of prohibition, precluding the district court from exercising jurisdiction over Grupo for insufficient service of process.

As such, the court ruled that the district court erred in concluding that Uno’s service efforts, which supposedly complied with Mexican law, also satisfied constitutional standards of due process without conducting the necessary fact-finding. The court ordered a further evidentiary hearing to determine whether service was “reasonably calculated, under all the circumstances, to apprise [Grupo] of the pendency of the action.”

As Grupo Famsa recognized, while Uno may have followed the procedures outlined in the Convention, the Central Authority’s service efforts may nevertheless have been constitutionally infirm, amounting to nothing more than handing off judicial documents to the equivalent of a greeter at Wal–Mart.

To uphold process as valid under those circumstances would be unjust to the foreign party defendant, because it might not have any notice of the plaintiff’s attempt to serve it with process in an effort to haul it into a court of law in the United States. This is especially important to a large company made up of a diverse group of employees, each having their own special roles and responsibilities. This, in part, explains why a company designates certain person(s) responsible for accepting court papers so that the company can take timely and appropriate steps to defend itself against the allegations in the lawsuit papers. Grupo Famsa and court decisions like it remind a foreign party defendant to safeguard its protections afforded under the Constitution by demanding that service of process not only meet the requirements of the Hague Convention, but also comport with due process.

[A] fundamental requirement of due process . . . is notice reasonably calculated, under all the circumstances, to apprise interested parties of the pendency of the action and afford them an opportunity to present their objections. The notice must be of such nature as reasonably to convey the required information and it must afford a reasonable time for those interested to make their appearance. The reasonableness and hence the constitutional validity of any chosen method may be defended on the ground that . . . the form chosen is not substantially less likely to bring home notice than other of the feasible and customary substitutes. Id. at 314-15.