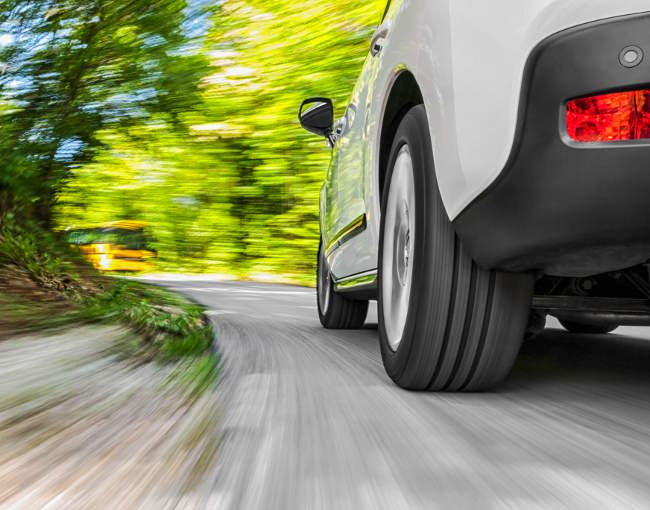 A recent California appellate decision, Kim v. Toyota Motor Corp, if upheld by the California Supreme Court, could change the landscape in the admissibility of industry custom and practice evidence in strict products liability design defect cases. The appellate court held that such evidence may be admissible as part of the risk-benefit analysis in those types of cases – an avenue generally closed to defendants. As such, the California Supreme Court decision will be closely examined by product liability practitioners.

In this article, we contrast the evidentiary requirements in negligence vs. strict liability claims, review the two alternative tests for identifying a design defect and the standard for admissibility of industry custom and practice under both tests, analyze the appellate ruling in Kim, and discuss circumstances where industry custom and practice evidence may be admissible under the approach adopted by that case.

There are two alternative tests for identifying a design defect in a strict products liability action: the consumer expectations test and the risk-benefit test. Under the consumer expectations test, a product has a design defect if the product, when used in an intended or reasonably foreseeable manner, fails to perform as safely as an ordinary consumer would expect. Under the risk-benefit test, a product has a design defect if the risks of danger inherent in the design outweigh the benefits of the design. Under this balancing test, the trier of fact may consider, among other relevant factors, the gravity of the danger posed by the challenged design, the likelihood that such danger would occur, the mechanical feasibility of a safer alternative design, the financial cost of an improved design, and the adverse consequences to the product and to the consumer that would result from an alternative design. The risk-benefit test is usually reserved for cases where the product design being addressed by the jury involves complex technical matters, which are beyond what an ordinary consumer would expect about the safety of the design.

Because a negligence claim addresses whether the manufacturer acted reasonably in designing the product, the manufacturer usually moves to, and is allowed to present, evidence comparing the product at issue in the case with those of competitors. Such evidence is used to show that the industry custom and practice (i.e., how other manufacturers designed a similar product) was not to include the safety devices the plaintiff says should have been included with the product. Recognizing the compelling nature of such evidence, the plaintiff may opt to pursue only the strict liability theory to the jury. Certain courts have excluded evidence of industry custom under that theory based on the argument that it is not relevant to the dispositive question concerning the alleged dangerousness of the product.

A recent California Court of Appeals opinion, however, appears to have taken a more critical look at the admissibility of industry custom and practice evidence in a products liability case based on strict liability.

The plaintiffs appealed from a judgment after a jury trial in favor of Toyota Motor and other defendants in the plaintiffs’ strict products liability action. The plaintiff Kim lost control of his 2005 Toyota Tundra pickup truck when he swerved to avoid another vehicle on a California highway, drove off the road, and was injured. The plaintiffs alleged that the accident occurred because the Tundra lacked electronic stability control (ESC), also known as vehicle stability control (VSC), and that the absence of this device was a design defect that caused the accident. The plaintiffs alleged that Toyota engineers had decided to offer VSC only as an option rather than equipping all 2005 Tundra trucks with VSC as standard equipment. The plaintiffs alleged causes of action against Toyota for strict products liability, negligence, breach of express and implied warranties, and loss of consortium, but voluntarily dismissed their negligence and breach of warranty causes of action before trial.

Before trial, the Kims filed several motions in limine, including the one involved in this appeal. The motion asked the trial court to preclude Toyota from introducing any evidence “comparing the Tundra to competitor’s vehicles and designs,” which effectively excluded all evidence of custom and practice in the pickup truck industry, and any evidence that Toyota’s “design choices were not defective . . . because they were equivalent or superior to those of its competitors.”  The trial court denied the motion, but stated that the Kims could request an appropriate limiting instruction.

At trial, Toyota presented the testimony of its product planning manager, who stated that no other manufacturer offered ESC as standard equipment in full-size pickup trucks in 2005, that customers prioritized other features, and that the Tundra was the first pickup truck with ESC available as an option. In its instructions to the jury on the Kims’ strict products liability claim, the trial court refused the Kims’ proposed special instruction that stated it was “no defense that the design of the Tundra complied with Federal Motor Vehicle Safety Standards, or that the design met the standards of the motor vehicle industry at the time the Tundra was produced, or that Toyota’s competitors sold vehicles that were no safer than the Tundra, or had the same design defects, or lacked the same safety equipment.” The trial court gave the jury an instruction on the design defect risk-benefit test, but refused the Kims’ proposed instruction on the consumer expectations test. The jury found that the Toyota Tundra did not have a design defect, and the trial court entered a judgment in favor of Toyota based on the jury verdict.

Carving out a middle ground

The appellate court framed the issue as whether the trier of fact may consider evidence of industry custom and practice in the risk-benefit analysis of design defect. The Kims relied on a series of California Court of Appeal decisions holding or suggesting that evidence of industry custom and practice is always inadmissible in a strict products liability action to prove that a product was not defective in design. The appellate court contrasted this line of cases with other authority from California holding that compliance with technical safety standards established by an industry trade association is an appropriate consideration under the risk-benefit test and is therefore admissible.

Not persuaded that either line of authority was entirely correct, the court carved a middle ground, determining that evidence of industry custom and practice may be relevant and, in the discretion of the trial court, admissible in a strict products liability action, “depending on the nature of the evidence and the purpose for which the party seeking its admission offers the evidence.” The court reasoned that

The court found support in other jurisdictions (e.g., Texas, New Hampshire, Arizona, Colorado), for the view that it is appropriate to consider compliance or noncompliance with industry custom in a risk-benefit analysis in strict products liability design defect cases.

The court offered examples of when evidence of industry custom and practice may be relevant:

The court also detailed situations where industry custom and practice that may not be admissible. Toyota had argued that evidence showing that “competing trucks did not offer ESC” was relevant in this case because it “demonstrated that making ESC standard would have put the Tundra at a competitive disadvantage” and “would have made the Tundra less marketable and less attractive to consumers,” which is relevant to the “adverse consequence[s] to the product and consumer” factor of the risk-benefit analysis. The court, however, rejected Toyota’s definition of that factor. As the court explained, putting the product at a “competitive disadvantage” is an adverse consequence to the manufacturer, not to the consumer or the product.

Toyota also argued that evidence that the pickup trucks of its competitors did not have ESC was relevant to the “gravity posed” and “likelihood the danger would occur” risk-benefit factors because “[i]f the Tundra was defective because it lacked ESC, then every other pickup in 2005 was defective,” which “made [the Kims’] claims of danger less credible.” The court rejected this argument as well, explaining that this was actually a prime example of when industry custom and practice would not be admissible. That “all of the manufacturers in an industry make the product the same way is not relevant because it does not tend to prove the product is not dangerous: All manufacturers may be producing an unsafe product,” the court wrote.

The court then applied these principles to the question of whether the trial court abused its discretion in denying the Kims’ motion in limine, which sought to exclude all evidence comparing the Toyota Tundra to its competitors in the industry. Because the court determined that the per se rule of inadmissibility of such evidence is not correct, it upheld the trial court’s denial of that motion. And since the Kims did not object at trial to any specific questions asked by Toyota’s counsel that may have called for testimony about the custom and practice in the automotive industry, nor did they propose a limiting instruction, the appellate court held that the trial court did not err by admitting the evidence about Toyota’s competitors, and by denying the Kims’ motion in limine.

Kim’s case-specific approach to admissibility of industry and custom evidence permits the trial judge to decide the question based on the nature of the evidence proffered at trial and the purpose for which the proponent seeks to introduce the evidence. Evidence of industry custom may be relevant, for example, to mechanical feasibility of a safer alternative design or the adverse consequences factor (i.e., that the proposed alternative design would render the product less efficient or desirable). Kim’s holding also comports with case law from other jurisdictions.[2]

The California Supreme Court has granted the Kims’ Petition for Review, so the appellate holding in Kim is in abeyance.