Home > Insights > Publications > D.C. appellate court strikes another nail in the coffin for the Frye test 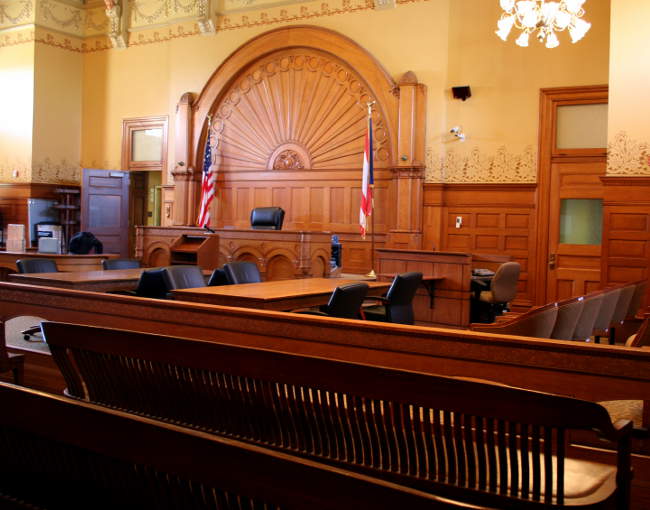 D.C. appellate court strikes another nail in the coffin for the Frye test

In a striking decision that has the civil litigation bar abuzz about its implications, the D.C. court that first introduced us to the Frye test has now overturned it in favor of Daubert. What distinguishes the court’s decision in Motorola Inc. v. Murray is not that the court abandoned the “general acceptance test” under Frye and adopted the “reliability test” developed by Daubert. It’s that the very court that had ushered in the Frye test in 1923, now, some 90 years later, tossed it into the dustbin of abandoned judicial doctrines.

The reasoning underlying the decision may persuade the minority of states that still apply Frye to now adopt the test under Rule 702 and Daubert, thus bringing much-needed uniformity to the case law and avoiding the inconsistencies that necessarily grow out of applying different standards for admissibility of expert testimony.

Why do we need uniformity?

Recent high-profile verdicts in the so-called Talcum Powder litigation underscore the importance of this point. In three separate trials, juries in the City of St. Louis have awarded a total of nearly $200 million dollars to plaintiffs alleging a causal link between Johnson & Johnson’s baby powder and ovarian cancer. The most recent verdict, handed down October 27 in Giannecchini v Johnson & Johnson (1422-CC09012-02), came on the heels of a 33-page opinion by a New Jersey judge dismissing two similar cases based on a lack of scientifically reliable evidence demonstrating the alleged causal link.

Missouri courts have not adopted Daubert.  New Jersey courts, by contrast, play a “gatekeeper” role and apply the standards set forth by the New Jersey Supreme Court in Kemp v. State of New Jersey, 174 N.J. 412 (2002) as required by N.J. Evidence Rule 104 and N.J. Evidence Rule 702, which is identical to Rule 702 of the Federal Rules of Evidence.

In Giannecchini, the trial court denied the defendants’ motion to strike the opinions of plaintiff’s experts. In contrast, in one of the New Jersey cases, Brandi Carl v. Johnson & Johnson et al., the trial court, after conducting evidentiary hearings to assess the reliability of the proposed expert testimony, granted the defendants’ motion to bar the plaintiffs’ expert testimony based on a lack of scientifically reliable evidence demonstrating the alleged causal link and for entry of summary judgment.

These divergent approaches to claimed scientific evidence will continue to affect civil litigation. Here, we first review the birth of Frye and what led to its adoption as the test for the admissibility of expert opinion. We then review Daubert and its progeny, highlighting the reasons the U.S. Supreme Court decided to adopt that standard for admission of expert testimony. Next we review Motorola Inc., focusing on why the court ultimately adopted Daubert over Frye.

The “Frye Test,” as applied by the District of Columbia courts, is shorthand for actually two separate decisions.

In 1923, the D.C. Court of Appeals decided Frye v. U.S., in which the trial court excluded evidence that the defendant had taken and passed an early form of a lie-detector test.  Upholding the underlying murder conviction, the Court of Appeals of the District of Columbia articulated a test for admitting expert testimony. That test was later adopted in federal and state courts:

Just when a scientific principle or discovery crosses the line between the experimental and demonstrable stages is difficult to define. Somewhere in this twilight zone the evidential force of the principle must be recognized, and while courts will go a long way in admitting expert testimony deduced from a well-recognized scientific principle or discovery, the thing from which the deduction is made must be sufficiently established to have gained general acceptance in the particular field in which it belongs.

Later, in Dyas, the court expanded on Frye and adopted a three-part test for determining whether to admit expert testimony:

(1) the subject matter “must be so distinctively related to some science, profession, business or occupation as to be beyond the ken of the average layman”; (2) “the witness must have sufficient skill, knowledge, or experience in that field or calling as to make it appear that his opinion or inference will probably aid the trier in his search for truth”; and (3) expert testimony is inadmissible if “the state of the pertinent art or scientific knowledge does not permit a reasonable opinion to be asserted even by an expert.” [376 A.2d at 832 (quoting McCormick on Evidence, § 13 at 29-31 (E. Cleary, 2d ed. 1972)).]

As Motorola explained, expert testimony has an aura of special reliability and trustworthiness, so the proffer of such testimony must be carefully scrutinized. Under Dyas/Frye, though, this inquiry “begins—and ends—with a determination of whether there is general acceptance of a particular scientific methodology, not an acceptance, beyond that, of particular study results based on that methodology.” Put differently, there is no variation from case to case – if the particular technique at issue has gained general acceptance, it is accepted as presumptively reliable and hence generally admissible into evidence. As the D.C. Court of Appeals noted, quoting another decision, “[T]he question of whether an expert used a particular generally accepted methodology correctly is not at issue when determining the . . . admissibility” of the expert’s testimony.

The Daubert trilogy and Rule 702

Rule 702 of the Federal Rules of Evidence was enacted some 50 years after Frye. In 1993, the U.S. Supreme Court decided Daubert v. Merrill Dow Pharmaceuticals Inc., in which it determined that the “general acceptance” test under Frye was superseded by Rule 702. As the Court explained, the “austere” Frye test was “incompatible” with Rule 702’s flexible and “more relaxed” approach to opinion testimony.

Daubert’s “scientific reliability” thus supplanted Frye’s “general acceptance:” From then on, when a party proffered expert scientific testimony, the trial court had to make

Although Daubert did not prescribe “a definitive checklist or test,” it did enumerate factors to be considered, including whether the theory or technique has been tested, whether it “has been subjected to peer review and publication,” “the known or potential rate of error,” and “the existence and maintenance of standards controlling the technique’s operation.”

Daubert summarized its holding this way:

‘General acceptance’ is not a necessary precondition to the admissibility of scientific evidence under the Federal Rules of Evidence, but the Rules of Evidence—especially Rule 702—do assign to the trial judge the task of ensuring that an expert's testimony both rests on a reliable foundation and is relevant to the task at hand. Pertinent evidence based on scientifically valid principles will satisfy those demands.

The Supreme Court refined the Daubert standard in two later decisions, thereby producing the Daubert trilogy. In General Electric Co. v. Joyner, the Court acknowledged that “conclusions and methodology are not entirely distinct from one another[,]” such that “opinion evidence that is connected to existing data only by the ipse dixit of the expert[]” is inadmissible, and “[a] court may conclude that there is simply too great an analytical gap between the data and the opinion proffered.” And in Kumho Tire Co. v. Carmichael, the Court extended the Daubert standard to testimony based on “technical” and “other specialized knowledge[,]” and cautioned that the reliability test under Daubert is a “flexible” one, meaning that Daubert’s

list of specific factors neither necessarily nor exclusively applies to all experts or in every case. Rather, the law grants a district court the same broad latitude when it decides how to determine reliability as it enjoys in respect to its ultimate reliability determination.

While Frye/Dyas and Daubert and its progeny are similar in that both tests focus on methodology, Daubert goes further and focuses on the application of that methodology to the particular facts and circumstances of the particular case. Furthermore, as Motorola Inc. observed, while the Daubert trilogy “relax the initial barriers to the admission of expert testimony,” they at the same time afford the trial judge “a robust gatekeeping function.”

To reflect the Supreme Court’s decision, Rule 702 was amended in 2002 and now reads as follows:

A witness who is qualified as an expert by knowledge, skill, experience, training, or education may testify in the form of an opinion or otherwise if:

(a) the expert's scientific, technical, or other specialized knowledge will help the trier of fact to understand the evidence or to determine a fact in issue;

(b) the testimony is based on sufficient facts or data;

(c) the testimony is the product of reliable principles and methods; and

d) the expert has reliably applied the principles and methods to the facts of the case.

The facts and procedural posture of the case were straightforward. The plaintiffs sued cell phone manufacturers, service providers, and trade associations, alleging that long-term exposure to cell-phone radiation causes brain tumors. The trial judge held evidentiary hearings on the admissibility of the expert testimony offered by the plaintiffs. He concluded that “some, but not all, of Plaintiffs’ proffered expert testimony on general causation was admissible under the Frye/Dyas evidentiary standard,” but “most, if not all, of Plaintiffs’ experts would probably be excluded under the Rule 702/Daubert standard . . . .” The trial judge then certified the following question of law for interlocutory appeal: “whether the District of Columbia should adopt Federal Rule of Evidence 702 (or a revised Frye standard) for the admissibility of expert evidence.” The appellate court granted the defendants’ motion for interlocutory review.

The parties and amici had recommended three options to the appellate court: (1) retain the Dyas/Frye test; (2) adopt Federal Rule 702, as amended, to reflect the Daubert trilogy; or (3) craft a revised version of the Dyas/Frye test. After acknowledging the criticisms typically leveled at the first two tests, the court opted for Rule 702, reasoning that “its expanded focus on whether reliable principles and methods have been reliably applied, states a rule that is preferable to the Dyas/Frye test.” The court further explained that the “ability to focus on the reliability of principles and methods, and their application, is a decided advantage that will lead to better decision-making by juries and trial judges alike.”

With the D.C. Court of Appeals joining the majority of states that have formally overturned Frye and adopted Rule 702 (or some variation of that Rule), the states that continue to apply the Frye standard will have to face the reality that the court that first adopted the Frye test has now abandoned it. In light of Motorola Inc., the minority states still applying Frye should reconsider their test for admissibility of expert testimony. By recognizing the majority trend, these jurisdictions would bring uniformity and predictability in the standard used for admission of expert testimony. Moreover, adopting a widely recognized and used test like Daubert provides trial courts with a large body of judicial opinions that they can use in interpreting and applying Rule 702.