Home > Insights > Publications > The shifting standard for IPR estoppel: Where are we now? 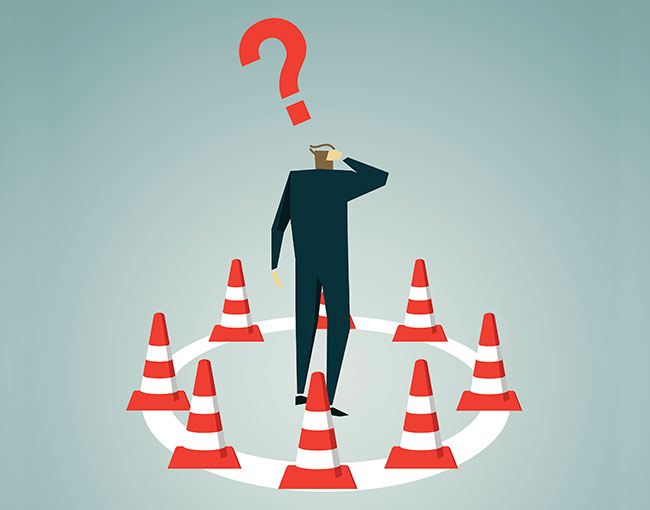 The shifting standard for IPR estoppel: Where are we now?

There is no doubt that inter partes review proceedings (IPRs) are now the favored mechanism for invalidating patents. The Patent Trial and Appeal Board (Board) is the single largest venue for U.S. patent disputes, beating out even the Eastern District of Texas (which handled approximately 40 percent of all district-court patent cases in 2016). One commonly cited downside of IPRs, however, is that estoppel under 35 U.S.C. § 315(e) could potentially prevent an invalidity defense at trial if the IPR isn’t successful. That fear has always been overinflated. First, estoppel does not apply to non-publication prior art. Second, and quite importantly, if you can’t convince the Board, which is staffed by patent attorneys with science and engineering backgrounds, of invalidity, it’s unlikely that you’d convince a lay jury or judge anyway. Over the last two months, however, there have been a number of contradictory cases interpreting § 315(e), some finding broad estoppel under the statute, with others interpreting it very narrowly. While the case for IPRs is overwhelming regardless, to the extent the “narrow” interpretation wins out, the case will only get better.

Under 35 U.S.C. § 315(e), in relevant part, the “petitioner in an inter partes review … that results in a final written decision … may not assert [] in a civil action … that the claim is invalid on any ground that the petitioner raised or reasonably could have raised during that inter partes review.” Under § 311(b), IPRs are limited to printed publications, so estoppel doesn’t apply to non-printed prior art.

Legislative history and initial commentary after the passage of the America Invents Act, which created IPRs, indicated that this estoppel was fairly broad, e.g., estopping IPR petitioners from raising prior art that a “skilled searcher conducting a diligent search reasonably could have been expected to discover.” 157 Cong. Rec. S1375 (daily ed. Mar. 8, 2011) (statement of Sen. Kyl). The estoppel, however, was not intended to be absolute—only “reasonable.” Only art that could be uncovered during a diligent and reasonable search would be estopped, not necessarily all art that would have been discovered during “a scorched-earth search around the world.” Id.

What are the limits of estoppel?

The Federal Circuit, however, arguably has taken a much narrower interpretation of § 315(e). See, e.g., Shaw Indus. Group, Inc. v. Automated Creel Systems, Inc., 817 F.3d 1293, 1299-1300 (Fed. Cir. 2016). In these cases, the Federal Circuit confronted situations where the Board instituted IPR on some (but not all) grounds raised in a petition. The Federal Circuit indicated that estoppel does not apply to such non-instituted prior art. “As we explained supra, however, the non-instituted grounds do not become a part of the IPR. Accordingly, the non-instituted grounds were not raised and, as review was denied, could not be raised in the IPR. Therefore, the estoppel provisions of § 315(e)(1) do not apply.” HP Inc. v. MPHJ Tech. Inv., LLC, 817 F.3d 1339, 1347-48 (Fed. Cir. 2016) (citing Shaw, 817 F.3d at 1299-1300). This is a quite literal interpretation of the statute, which refers to grounds that the petitioner “raised or reasonably could have raised during that inter partes review.”

The Federal Circuit’s interpretation can be taken further than perhaps intended. In addition to non-instituted art not being estopped, this interpretation potentially has the effect of not estopping prior art that was not raised before the Board in the petition in the first instance. In instituting an IPR, the Board typically limits the proceeding to specific claims and specific prior art. The petitioner is not typically allowed to raise other grounds based on different prior art. Thus, after the Board renders its judgment (in a final written decision), it logically can be said that the petitioner couldn’t have raised any other art during the actual IPR, and thus such other art isn’t estopped – at least under the interpretation set forth in Shaw and HP. While this may not have been Congress’s intent, that’s the situation litigants and patent owners are faced with today. Had Congress really intended broader estoppel, it should have drafted § 315(e) to apply to grounds that petitioner “raised or reasonably could have raised in a petition for inter partes review under 35 U.S.C. § 312.”

Indeed, this is the position that several district courts have taken recently. See Intellectual Ventures I LLC v. Toshiba Corp., 2016 WL 7341713, at *12-13 (D. Del. Dec. 19, 2016), denying reconsideration, 2017 WL 107980, *1 (D. Del. Jan. 11, 2017). The contradiction of this interpretation with the legislative purpose was not lost on Judge Robinson though. In interpreting § 315(e) very narrowly, she stated: “Although extending [this] logic to prior art references that were never presented to the [Board] at all (despite their public nature) confounds the very purpose of this parallel administrative proceeding, the court cannot divine a reasoned way around the Federal Circuit’s interpretation in Shaw.” Id.; see also Verinata Health, Inc. v. Ariosa Diagnostics, Inc., 2017 WL 235048, at *3-4 (N.D. Cal. Jan. 19, 2017) (citing favorably to Judge Robinson, but slightly broadening estoppel by finding that a final written decision on the combination of A, B and C does estop the subset of A and B).

These district court cases, of course, are not binding precedent. The Federal Circuit’s decisions in Shaw and HP are arguably dicta, as the issue was tangential in them. Neither arose out of a situation in which a defendant was estopped from raising prior art or in which the patent owner argued that estoppel should have applied. And while petitioners would love to say this is the new trend and prevailing interpretation of § 315(e), even that is not clear.

More recently, Judge Jordan, who is on the Third Circuit but was sitting by designation in the District of Delaware, reached a contrary result. He held that § 315(e) was a “broad estoppel provision,” and applied to prior art that was not at issue in the underlying IPR proceedings, but could have been raised by the challenger in its IPR petitions (and motions for joinder). See Parallel Networks Licensing LLC v. Int’l Bus. Machines Corp., No. 13-2072, slip op. at 25-26 (D. Del. Feb. 22, 2017) (unsealed Mar. 1, 2017). Interestingly, this case does not reference Shaw, HP or Judge Robinson’s recent decisions, although it does rely upon the above legislative history. See id.

Until more cases reach the Federal Circuit, the scope of estoppel under § 315(e) will remain uncertain. In fact, there presently appears to be an intradistrict split within the District of Delaware. So until there is more clarity, best practices dictate that petitioners should err on the side of caution and assume that anything that could have been raised in the petition will be estopped in district court. Said another way, petitioners should put forth their best arguments in the IPR. And regardless of where the scope of estoppel ends up, IPRs will continue to be a preferred means for invalidating patents.

Tony Blum represents clients before the USPTO in post-grant proceedings and litigates patent infringement suits throughout the country.