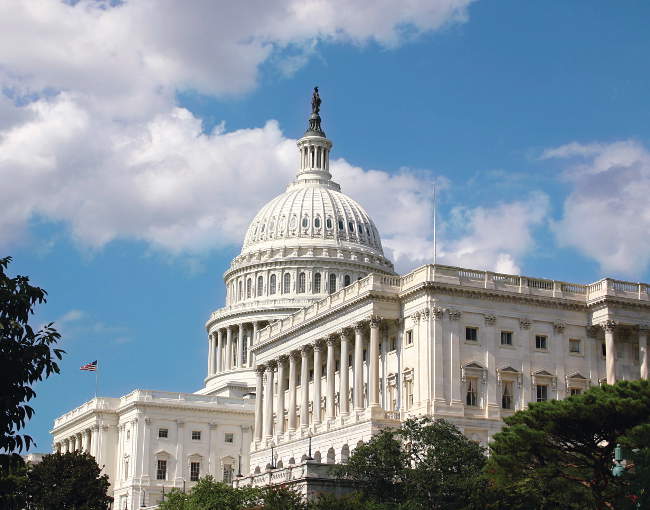 House passes bill to clamp down on class actions

The U.S. House of Representatives passed H.R. 985, the “Fairness in Class Action Litigation Act,” on March 9, 2017. The bill would add eight new sections to the “Consumer Class Action Bill of Rights,” enacted as part of the Class Action Fairness Act of 2005, and potentially spells big changes for class action plaintiffs and defendants alike.

H.R. 985 would impose strict new requirements for motions for class certification and attorneys’ fee applications. The likely effect would be to discourage the filing of small-claim, big-dollar class actions in federal court, particularly if the identity of each class member or the amount of each class member’s alleged damages is difficult to ascertain. For other class actions, H.R. 985 may slow and intensify the pre-certification litigation process. Also, in the event of settlement, class notification campaigns may be more expensive to administer under H.R. 985, because the bill may financially incentivize class counsel to demand best-technology notice, rather than best “practicable” notice, to maximize settlement payouts to class members.

H.R. 985 would prohibit class certification absent affirmative evidence that “each proposed class member” suffered the same “type” and “scope” of injury as the proposed class representative.

This standard may be impossible for plaintiffs’ counsel to satisfy. Movants for class certification usually know very little about “each proposed class member” when they file the motion. Also, in most cases, the class members’ injuries will vary in some way or degree. This may make it easy for the defendant to show impermissible variation by, say, obtaining declarations from willing putative class members attesting that he or she did not incur the “same type and scope” of injury as others. Depending on how courts interpret and apply this new strict standard, such declarations may be sufficient to successfully counter a plaintiff’s motion for class certification.

For their part, plaintiffs’ counsel may adapt to the new standard by making broader pre-certification discovery demands, like seeking the names of putative class members, their contact information and relevant work or purchase records. Such demands could trigger privacy concerns for a defendant, requiring permission from each customer or employee prior to releasing personal information. Plaintiffs’ counsel may want this information to prove that the “same type and scope of injury” standard can be satisfied. If the defendant is compelled to comply, the attendant burdens and costs could be substantial.

H.R. 985 would prohibit class certification unless the class is defined “with reference to objective criteria” and there is an affirmative showing of a “reliable and administratively feasible mechanism” to (a) identify class members and (b) allocate monetary relief to “a substantial majority.”

This proposal, if adopted, would resolve a circuit split on whether a class may be certified if class members cannot be readily “ascertained.” Whereas the First, Second, Third, Fourth, and Eleventh Circuit Courts of Appeal have adopted a restrictive “ascertainment” test espoused by H.R. 985, the Sixth, Seventh, Eighth and Ninth Circuits declined to do so. Under the more restrictive test, a class is per se uncertifiable if it would be difficult to identify class members without individualized fact-finding.

H.R. 985 would expand upon the attorneys’ fee rules for “coupon settlements” under 28 U.S.C. § 1712. The bill would require attorneys’ fees to be calculated as a percentage of money actually paid to class members, rather than the total recovery obtained for class members. This restriction would have serious implications for class counsel because in cases where class members must affirmatively request payment, the difference between recovery obtained and recovery actually paid can be substantial.

H.R. 985 additionally provides that “no attorneys’ fees may be determined or paid … until the distribution of any monetary recovery to class members has been completed.” Under some settlements, it can take years to “complete” class member payouts. The waiting period will likely pose a significant financial obstacle for some class counsel.

For class action settlements, H.R. 985 may incentivize class counsel to demand the use of best-technology notification procedures to maximize pay-outs to class members and, thereby, the attorneys’ fee award. Such procedures can be highly burdensome, expensive and duplicative. Today, only “best notice that is practicable under the circumstances” is required by FRCP 23(c)(2)(B). (emphasis added).

H.R. 985 would establish a right to appeal any grant or denial of a Rule 23 class certification motion. Today, pursuant to FRCP 23(f), parties must request permission to file an appeal. Unlike FRCP 23(f), H.R. 985 does not specify a time for initiating an appeal. Giving litigants an interlocutory right to appeal may slow cases and impose unknown burdens on appellate dockets.

If H.R. 985 becomes law, its provisions would apply to “any civil action pending” on the day of its enactment. As of this writing, the House passed the bill, 220-to-201, on March 9, 2017, with 14 Republican votes against it. Interestingly, some of the 14 Republicans who voted against H.R. 985 were formerly in private law practice. The Senate Judiciary Committee received the bill on March 13, 2017.

Whether H.R. 985 becomes law, or resurfaces with amendments, or, like the Class Action Fairness Act of 2005, triggers a prolonged wave of litigation over the meaning of its provisions, remains to be seen.

Bob Wagner represents defendants in class actions across the country.