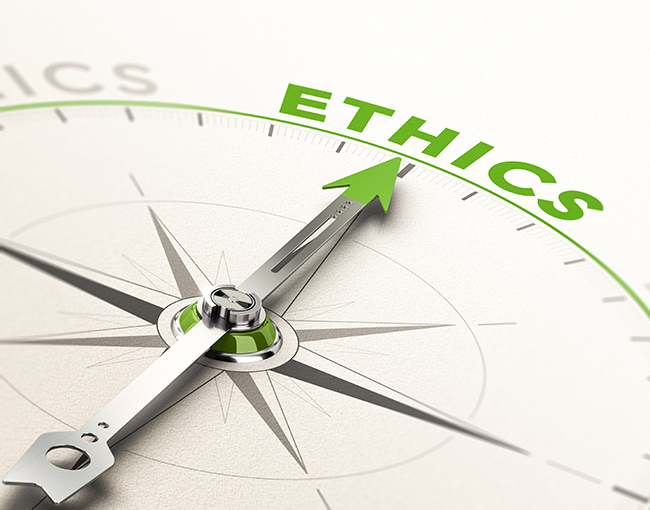 This article initially appeared on the Public Contracting Institute website.

If you have not updated your ethics and compliance program since November 18, 2016, dust it off and take a good look at it. November 18 was the day the U.S. Office of Government Ethics (“OGE”) issued a final rule that revised portions of the Standards of Ethical Conduct for Executive Branch Employees found at 5 C.F.R. 2635.[1] The revisions modified and clarified the standards regarding Gifts from Outside Sources (“Standards”), which prohibit Executive Branch employees from soliciting and accepting gifts from “prohibited sources” as well as gifts given because of a Government employee’s official position.

Because Government contractors and other regulated companies are almost always “prohibited sources,”[2] they should become familiar with the changes, which took effect on January 1. Although some of the changes simply codify long-standing OGE guidance (that had been made public but not codified) or clarify an existing Standard, there are nuances worth noting, and they should be considered in the context of the companies’ ethics policies or programs.

The changes are particularly relevant for contractors that must comply with Federal Acquisition Regulation (“FAR”) 52.203-13, Contractor Code of Business Ethics and Conduct. That FAR clause requires contractors to “exercise due diligence to prevent and detect criminal conduct” and “promote an organizational culture that encourages ethical conduct and a commitment to compliance with the law.” Many contractors align their codes of business ethics and conduct with the OGE Standards in order to show that they are encouraging ethical conduct and are committed to complying with the law. Thus, it is imperative for these contractors to know and understand the changes to ensure they continue to meet their FAR 52.203-13 obligations.

Below are seven changes to review to enhance the company’s understanding of the Standards and check against the company’s current code of business ethics and conduct:

Items with a significant independent use are gifts.

The Standards explain that a “gift” includes “any gratuity, favor, discount, entertainment, hospitality, loan, forbearance, or other item having monetary value.”[3] The Standards further explain that the definition of gift “includes services as well as gifts of training, transportation, local travel, lodgings and meals, whether provided in-kind, by purchase of a ticket, payment in advance, or reimbursement after the expense has been incurred.” The Standards specifically exclude ten types of things from the definition of “gift,” and Executive Branch employees generally may accept those excluded items.

One excluded category is “greeting cards and items with little intrinsic value” that “are intended primarily for presentation.”[4] The Standards explain that such items may include “plaques, certificates, and trophies” but do not define “intended primarily for presentation.” The revisions do, however, provide some examples to help explain what the phrase means. As the first example shows, items intended primarily for presentation include a pharmaceutical company’s glass paperweight that has information on it commemorating a speech from a Government employee. It does not, however, include a portable music player from a media company that has the company’s logo on it. This is because the item “has a significant independent use” as a music player. Thus, it is a gift, even if adorned with a logo or inscription.

Alcohol is a gift.

The revised Standards codify OGE’s position that alcohol is a gift. The Standards continue to exclude a “[m]odest item” of food or refreshment “such as soft drinks, coffee and donuts, offered other than as part of a meal” from the definition of “gift.” The revision makes it clear, however, that alcoholic beverages are not within that exclusion; the Standards now state that the exclusion applies to “food and non-alcoholic refreshments.”[5] Nevertheless, the final rule explained that Executive Branch employees are not completely prohibited from accepting alcoholic refreshments and may accept them if they fall under one of the Standards’ exceptions.

The Standards have an exception allowing an Executive Branch employee to accept a gift with a market value of $20 or less on a single occasion, so long as the employee does not accept gifts with a market value in excess of $50 from one person in any given year.[6] (The Standards explain that a “person” may be an individual, company, association, or other type of organization.[7])  But the exception specifically notes that it does not allow an Executive Branch employee to accept “gifts of cash.”  A new Example 7 for the $20/$50 exception illustrates that OGE considers some gift cards to be the equivalent of cash, and Government employees are therefore prohibited from accepting them. The example shows that an employee may accept a store gift card of less than $20 in value but may not accept a gift card issued by a credit card company for that same amount.

The $20 exception applies to any single gift or occasion, regardless of how many people contribute to the gift.

The revised Standards further explain how the $20 exception applies to a single gift purchased with funds from multiple individuals. As illustrated in new Example 6, a gift with a $120 market value that was purchased with funds pooled from multiple individuals — who each gave $20— is still a gift that has a market value of more than $20.[8]  Thus, the Government employee cannot accept it, even though each individual contributed $20 or less toward the gift.

The calculation of “market value” is based on the cost that a member of the public would pay for it.

The revised Standards altered the definition of “market value.” It is now defined as “the cost that a member of the general public would reasonably expect to incur to purchase the gift.” The prior definition focused on the retail cost of what the Government employee would expect to pay, but OGE explained the change was intended only as a clarification.  A new Example 2 to the revised definition further illuminates how Government employees should calculate market value. “Market value” is not what the gift-giver paid for the item; it is the cost someone from the public would incur in buying it “on the open market.”  Thus, even if a shoe manufacturer only incurs $17 in costs to manufacture shoes, the market value of the shoes may be $100, the cost that would be paid for them on the open market.

A “personal friendship” is between individuals only and does not exist simply because there is a social-media relationship.

The Standards allow a Government employee to accept a gift under certain circumstances if it is clear that the gift “is motivated by a family relationship or personal friendship rather than the position of the employee.”[9] The final rule made two important points related to this exception. First, the exception applies to gifts from individuals, not from companies or organizations. Second, if an individual connects with an Executive Branch employee on social media networks and then later wants to give that employee a gift, that connection is not (by itself) enough to show that the individual gave the gift due to the personal friendship. Indeed, the example explains that such connections do not show a personal friendship, particularly if the gift-giver and Executive Branch employee are not communicating “further in their personal capacities,” having “extensive personal interactions,” or meeting “socially outside of work.

Gift exceptions are not per se OK.

The above list provides an overview of seven changes to the Standards that are pertinent to Federal contractors’ and other regulated entities’ interactions with Government employees. The list is not a comprehensive report on all of the changes created by the final rule. Some changes from the final rule relaxed the Standards and allowed acceptance of certain informational materials and invitations (see Connecting more: Two ways the revised OGE gift standards ease communication with government employees). Other changes address widely attended gatherings and other aspects of the Standards. Thus, compliance officials and legal advisors should carefully review the final rule to ascertain whether any of the other changes to the Standards affect their company, events, or policies, but they may use the above list as a preliminary checklist to compare against their company’s code of business ethics and conduct or their own understanding of the Standards.

Jayna Rust is an associate at Thompson Coburn LLP.

It’s not just what you said: Restaurant defeats DoorDash motion to dismiss in class action