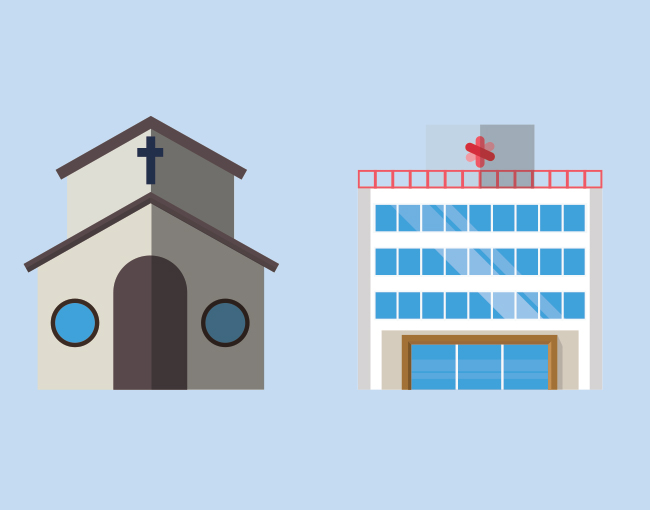 The Supreme Court on June 5, 2017, unanimously held that a benefits plan administered by an entity that is associated with a church and has as its principal purpose the administration or funding of that plan is a “church plan” exempt from ERISA, even if a church did not establish the plan. The court’s decision reverses all three federal appellate courts — the Third, Seventh and Ninth Circuits — that had ruled on the question.

Advocate Health Care Network v. Stapleton focused on the interplay of ERISA Subsections 3(33)(A) and 3(33)(C)(i). Section 3(33)(A) allows that a plan is a “church plan” if it is established and maintained by a church. In 1980 Congress amended Section 3(33)(C)(i) to provide that “A plan established and maintained for its employees . . . by a church or by a convention or association of churches includes a plan maintained by an organization . . . the principal purpose or function of which is the administration or funding of a plan or program for the provision of retirement benefits or welfare benefits, or both, for the employees of a church or a convention or association of churches, if such organization is controlled by or associated with a church or a convention or association of churches.” Justice Kagan, who wrote the Court’s opinion, acknowledged that this sentence is a mouthful.

Two class action law firms had filed more than 50 lawsuits across the country claiming that 3(33)(C)(i) applied only if the plan had at the outset been established by a church. The plaintiffs asserted that 3(33)(C)(i) allowed only that a plan did not lose its status as a church plan if it was administered by an entity associated with a church that had as its principal purpose the administration of that church plan. According to these plaintiffs, this principal purpose entity could not under any circumstances establish a church plan.

The Supreme Court held that statutory construction did not support this assertion. Justice Kagan explained that the term “church plan” initially had meant a plan established and maintained by a church. But, she added, (C)(i) broadened the term “church plan” to include a plan established and maintained by an organization that was associated with a church and that had as its principal purpose the administration or funding of that plan.

Justice Kagan explained that had Congress intended the result plaintiffs asserted, it could have easily done so. In drafting (C)(i), Congress could have left out the phrase “established and,” thereby making it clear that any church plan had to be established by a church pursuant to (A). Instead, (C)(i) expressly allows that such a church plan includes those maintained and established by a principal purpose organization. Justice Kagan also noted that the plaintiffs’ argument was contrary to the interpretation followed by three separate federal agencies, all of whom had concluded that principal purpose entities could establish a church plan.

Analysis and next steps

The Court’s decision was not surprising. Usually the Court grants certiorari only when a split exists among the circuits. Yet here the Court granted certiorari when all three circuits deciding the question had decided it similarly, a strong indication that the nation’s highest Court wanted to independently weigh in on the issue. Moreover, the justices’ questioning at oral argument seemed to suggest they were not impressed with the plaintiffs’ arguments. Finally, the logic of the Supreme Court’s decision is so patent, that it was always puzzling how the circuit courts could go so far astray.

Justice Sotomayor, in a concurring opinion, questioned whether Congress today would choose to expand the definition of “church plan” as lawmakers did in 1980. She also raised the issue of whether the large health care systems operated today by Catholic nuns should be advantaged over secular hospitals by being classified as “church plans.”

Although the Supreme Court’s decision is a major victory for plans established by religiously affiliated hospitals and schools, including those operated by Catholic orders of nuns and priests, the litigation may not be over. The plaintiffs may opt to pursue their claims under state law, including state law claims for breach of fiduciary duty. Because church plans are not subject to ERISA, ERISA does not preempt those state law claims.

But state law claims pose much less of a threat to most church plans. One of the most significant threats posed by the claim that ERISA applied to these church plans was the obligation to pay annual premiums to the Pension Benefit Guaranty Corporation (PBGC). Had the plaintiffs prevailed before the Supreme Court, some plans would have been required to pay millions of dollars each year for PBGC premiums. That risk does not exist under state law.