Home > Insights > Publications > Amending claims may be getting easier in post-grant proceedings, at least for now 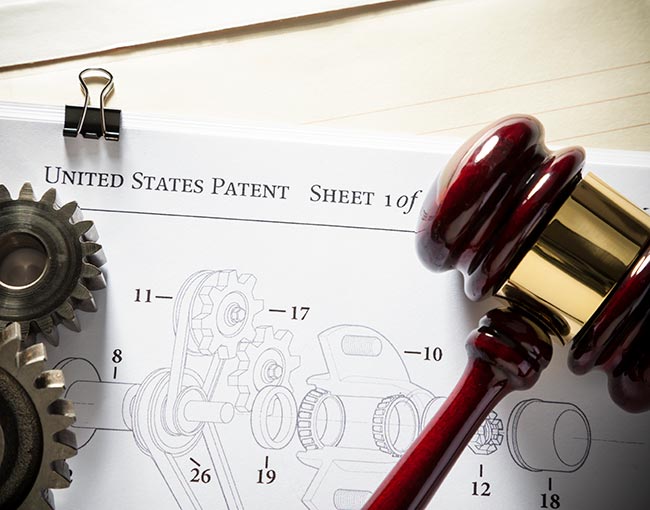 Amending claims may be getting easier in post-grant proceedings, at least for now

In a highly fractured case, the full Federal Circuit in Aqua Products, Inc. v. Matal, No. 2015-1177, found that the burden of persuasion rests on the petitioner to show that proposed claims in an inter partes review (“IPR”) proceeding are unpatentable. Prior to this decision, the Patent Trial and Appeal Board (“Board”) placed the burden to show patentability on the patent owner, making it very onerous for any claim amendments to be allowed.

While it still remains to be seen how the Board will react to this decision, patent owners likely will become more successful in amending claims. Of course, that is a pretty low bar. As of April 30, 2016, under the old standard, the Board had completely denied 112 out of 118 patent owner motions to amend. As explained below, however, this decision could be short-lived and the old rule could be revived.

Notably, a majority of the Federal Circuit did not sign on to any single opinion. In fact, there are five separate opinions in the case:

Given this confusion, Judge O’Malley, in her plurality opinion, wrote:

This process has not been easy. We are proceeding without a full court, and those judges who are participating disagree over a host of issues. As frustrating as it is for all who put so much thought and effort into this matter, very little said over the course of the many pages that form the five opinions in this case has precedential weight. The only legal conclusions that support and define the judgment of the court are: (1) the PTO has not adopted a rule placing the burden of persuasion with respect to the patentability of amended claims on the patent owner that is entitled to deference; and (2) in the absence of anything that might be entitled deference, the PTO may not place that burden on the patentee. All the rest of our cogitations, whatever label we have placed on them, are just that — cogitations.

In Judge O’Malley’s opinion, joined by four other judges, she found that 35 U.S.C. § 316(e) unambiguously placed the burden on the petitioner to establish unpatentability of all claims, including proposed claims. That section states: “In an inter partes review instituted under this chapter, the petitioner shall have the burden of proving a proposition of unpatentability by a preponderance of the evidence.” But five judges isn’t enough. The other six judges believed this statute was ambiguous, potentially applying only to the issued claims being challenged and not newly proposed ones. Therefore, Judge O’Malley continued in her opinion, considering whether the Court should defer to the Patent Office’s interpretation under Chevron deference. There, she was joined by Judges Reyna and Dyk, and found the agency was not entitled to deference.

A majority of the Court did not believe any regulation in the CFR spoke to the issue, and they did not believe the Board’s decisions or the Patent Office’s other pronouncements on the issue were entitled to Chevron deference. Moreover, these judges believed that the better reading was that § 316(e) does apply to proposed claims, and thus the burden of persuasion is always with the petitioner. The dissenting judges, however, in multiple opinions, believed that 37 C.F.R. § 42.20 was directly on point, and thus Chevron deference applied. Section 42.20 states: “The moving party has the burden of proof to establish that it is entitled to the requested relief.” But a majority of the Court wasn’t convinced by this regulation for different reasons, including that it can be read to apply to whether a motion to amend should be granted such that the proposed claims are entered into the record, but not to whether the proposed claims themselves should be allowed, and because there was no discussion of § 316(e) in the implementing regulations.

While not entirely clear from the five different opinions, if the Patent Office wants to reverse the Federal Circuit and go back to its original standard, placing the burden on patent owners for proposed claims, it may be able to. While Chevron deference currently does not apply, the agency could presumably go through the notice and comment rule-making procedures of the Administrative Procedures Act, and make a new regulation that is clear on which party bears the burden. Given that at least six judges believe 35 U.S.C. § 316(e) is ambiguous, Chevron deference then might apply. Of course, if the Patent Office goes this direction, there will certainly be an entirely new set of cases fighting over the issue.

Also, given the fractured nature of the case, it is possible that the Supreme Court could take it up. Chevron deference has been hotly debated in recent years. In the well-known case of Gutierrez-Brizuela v. Lynch (10th Cir. 2016), now-Justice Gorsuch argued against Chevron deference, so this case could possibly pique his interest. And, the U.S. House of Representatives recently passed the Regulatory Accountability Act of 2017, which would eliminate Chevron deference, although it has not been passed by the Senate. Of course, predicting what the Supreme Court will grant certiorari on is impossible, and the odds are always low. For now, patent owners should rely on this case when attempting to amend claims in an IPR. Otherwise, we will have to wait and see what the Patent Office does and how the case law develops.

Alan Norman and Tony Blum represent clients before the USPTO in post-grant proceedings and litigate patent infringement suits throughout the country.