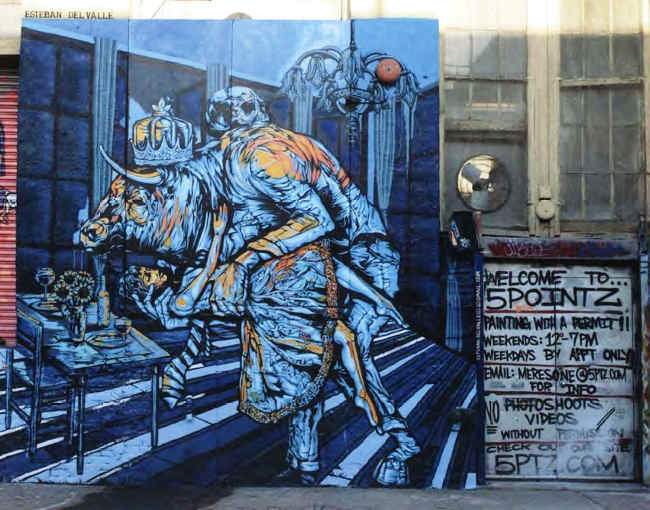 To a real estate developer, spray paint on a building can be a nuisance. To an artist, the painted image may be cherished art. And to one real estate developer’s rude awakening, a little-known aspect of copyright law can favor the artist’s view. In fact, in Cohen v. G&M Realty L.P., the law favored the artists to the tune of $6.75 million.

Though the case is unusual in many respects, it warns real estate developers about the need to take special care with art on or attached to their buildings.

The case involved the 5Pointz warehouse building in Long Island City, New York. The empty building initially attracted some graffiti, but eventually the owner consented to a program of allowing “aerosol artists” to place their works on the building, under the control of a volunteer curator.

The developer always considered the art temporary, since he eventually expected to tear down the building. And when the artists sued, and lost their initial motion, for a preliminary injunction preventing the destruction of their works, the developer immediately whitewashed over all the art, effectively destroying it. The building was demolished about a year later, to make way for a new development.

But while the artists had lost the preliminary injunction round, they ultimately won at trial, and the developer then had to account for his destruction of the art. The court viewed the developer’s quick and eager destruction of the works, and his lack of regret for it, as evidencing the “willfulness” that can elevate copyright damages. Hence, the award, based on maximum statutory damages of $150,000 for 45 different works of aerosol art on the building.

The law in question, the Visual Artists Rights Act (VARA), part of the Copyright law, is one of the first US laws to explicitly recognize special rights of artists, to protect the attribution and integrity of their works. It applies only to certain original and limited edition works, but these include art works on and incorporated into buildings. Not all works are protected, but only “works of recognized stature.” Because VARA contains provisions for works incorporated into buildings, if a work is covered, an artist may be entitled to prevent the intentional destruction, mutilation or modification of that art if doing so would be prejudice his or her honor or reputation.

In the 5Pointz decision, Judge Frederic Block of the Eastern District of New York found most but not all of the 49 works at issue to qualify as works of protected stature, based on expert opinions and public recognition. The public recognition derived in part from the 12-year program in which the developer allowed and encouraged art to be created on the building, under the active direction of one artist. The court fully embraced the artwork, characterizing them as having “striking technical mastery and vision worthy of display in prominent museums if not on the walls of 5Pointz.” The last 50 pages of the Court’s decision showed examples of the graffiti art that was the subject of the lawsuit.

Even for protected art, however, VARA provides methods for balancing the respective interests of artists and developers. For example, the owner can give notice to the artists and permit them to remove the work or pay for its removal.

The developer at 5Pointz provided no such notice or opportunity, but simply destroyed the works immediately after the preliminary injunction decision, well before the building was demolished. That defiant conduct, and his evasive and uncooperative trial testimony, led to the trial judge’s decision to award the artists maximum statutory damages for a willful violation of their rights.

Developers can avoid the risks under VARA through various means:

The 5Pointz decision teaches, however, that when art on a building has reached recognized status, VARA comes into play, imposing special rules that may surprise real estate developers.