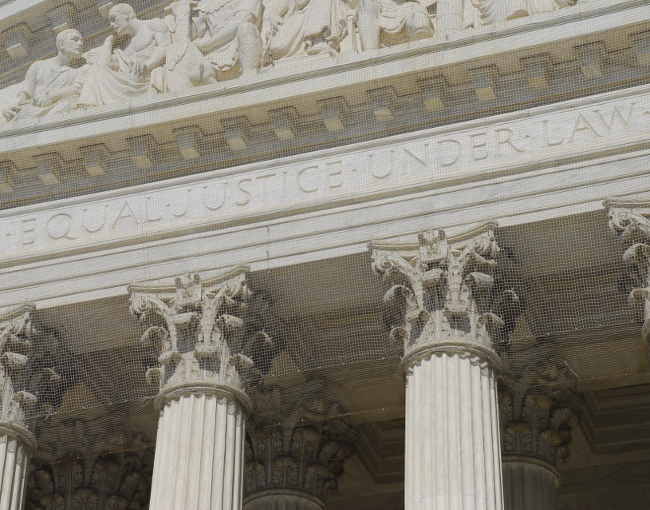 The Supreme Court upholds the constitutionality of the IPR process

This term, the United States Supreme Court took up the issue of whether inter partes review (“IPR”) proceedings conducted by the U.S. Patent and Trademark Office (“USPTO”) violated the Constitution in Oil States Energy Servs., LLC v. Greene's Energy Grp., LLC, No. 16-712.  This ruling was important for many reasons, not the least of which would be the effect of a finding that the process was unconstitutional on the thousands of patents with claims found to be unpatentable through that process. On Tuesday, April 24, 2018, the Supreme Court held that the IPR process does not violate the Constitution in a 7 to 2 decision.

This decision was a hotly anticipated one for the many law firms, corporations, and other inventive entities who use the IPR process and the USPTO, which oversees the process. While expressly stated as a narrow decision, the conclusions of the Supreme Court put to rest the theory that a patent grant (much like a land grant), once given by the government, cannot be taken away without judicial process in an Article III court with federal judges. The majority opinion, written by Justice Thomas, concludes that grant of a patent is a “public right,” not a private one. This conclusion affords the government, and in particular, Congress “significant latitude to assign adjudication of public rights to entities other than Article III courts.” In short, because the authority has been delegated by the government to the USPTO to grant the patent, the reverse (i.e., to take that patent away) is a permissible method to re-evaluate the decision to grant the patent in the first place. In response to a challenge that the IPR process also violated the Seventh Amendment, the Supreme Court noted that the Seventh Amendment is not an independent bar.  Specifically, the finding that the IPR process is permissible under Article III also resolved the challenge concerning the Seventh Amendment.

In a stern dissent, Justice Gorsuch (joined by Chief Justice Roberts) argues that the majority decision represents delegation by Congress to an executive entity of a power given to the judiciary. This argument heavily relies on their interpretations of decisions at the English Court of Chancery, the Privy Council, and other decisions from the 1700s and 1800s.