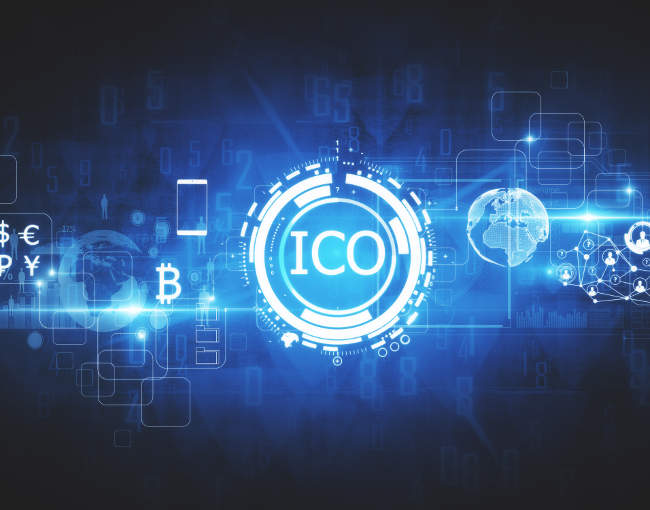 Bitcoin and other cryptocurrencies saw their values skyrocket during 2017. Although blockchain was first introduced by Satoshi Nakamoto in 2008, only in recent years has  blockchain technology been recognized as much more than just a platform for Bitcoin: entrepreneurs, financiers and operating companies are beginning  to realize and utilize its capabilities for their own benefit. Concurrent with this adoption, the Initial Coin Offering (“ICO”) has exploded onto the crowdfunding scene as the way for blockchain-focused tech companies to amass the capital needed to move forward with their projects. According to TokenData and Fabric Ventures’ “State of the Token Market,” report, it is estimated that during 2017, approximately $5.6 billion dollars in ICO funding was raised. And according to a report from CoinDesk, in the first several months of 2018, $6.3 billion dollars in ICO funding has already been raked in.

What is an ICO?

In its purest form, an ICO is a capital-raising event for companies seeking funds to support the development and launch of a blockchain project. ICOs are not reserved for small or start-up companies: Kodak launched an ICO (the “KodakCoin”) in 2017 to fund the development of a blockchain platform for photographers to register and control the commercialization of their photos. However, the vast majority of ICOs are launched by startup companies with no or limited operating history and no particular domain expertise. To boot, most of the technologies being funded are part of the emerging blockchain ecosystem and are filled with uncertainty from both a functionality and adoption point of view.

Using crowdfunding mechanics (internet platforms and other general solicitation of potential investors), ICOs involve the sale of “tokens” (coins) that buyers can use in the future to access the technology under development. The tokens are purchased with digital currencies or fiat currencies. Buyers generally seek to immediately trade the acquired tokens for other tokens on currency exchanges such as Coinbase and Bittrex, giving rise to a secondary market.

The initial pricing of ICOs and the valuation of the issuer’s project are largely arbitrary. The fundamental value of an ICO is unknown until the technology is launched and develops a revenue profile, or the ICO develops a secondary market value. Unlike companies on a regulated stock market, however, most ICO issuers have no publicly available information and many lack the discipline of professionally-backed start-up companies.

What is the regulatory climate of ICOs?

While not intended to be an investment security from an issuer’s point of view, the SEC has said that ICOs should be viewed – and potentially fully regulated – as securities offerings and that most, if not all tokens,  function like securities since the buyer has an expectation of enjoying the future business prospects of the ICO issuer. The SEC has suggested that tokens which provide use and access to existing, fully functional blockchain projects, called “utility tokens,” may not be regulated as securities.  However, the SEC has been clear in recent statements that all tokens which require the efforts and expertise of the issuer’s management to develop future value (akin to a stock investment in a start-up company) are securities for the purposes of federal securities laws. While the SEC’s stance on ICOs is still developing, ICO issuers should comply with federal securities laws. Similarly, persons buying ICOs, or who are organizing pooled investments in ICOs, should be also prepared to comply with all applicable regulations.

Given the prevalence and size of the ICO market, and the fact that it has allowed the proliferation of capital raising by companies that are at best weak candidates for success, and at worst fraudulent entities, the SEC is  beginning to take action. The SEC is aggressively investigating ICOs for potential fraud and has suspended several ICO issuances and/or is actively investigating ICO issuers. Recently, the SEC referred an ICO issuer that is under investigation to a court-appointed receiver who is now charged with aggregating and liquidating a variety of cryptocurrencies to pay creditors and create a victim’s fund – this could be the first of many to come. Finally, where the SEC has not taken action, many private litigants have or will.  In 2018 we can expect to see an uptick in private litigation and class actions based on fraud and other claims as the fall-out from ICO issuances (where the underlying companies are unable to execute on their plans) continues to mount.

Is it still the Wild West?

While many ICO issuers are intent to ignore the growing body of regulatory guidance, the good news is that the ICO market is responding positively: many ICO issuers have turned to the SAFT (Simple Agreement for Future Tokens) as a way to raise funds (allowing investors to contract the right to purchase specific tokens in the future), or are offering “token pre-sales”, in both cases in compliance with the SEC’s crowdfunding regulations and traditional Regulation D offering requirements. As of now, however, only one company has filed with the SEC to sell registered  tokens for their ICO. As more professionally backed ICO issuers seek working capital, we can expect to see an overall increase in regulatory compliance in the US which may include more registered offerings.

Likewise, token exchanges are requiring deeper vetting and disclosure requirements before accepting listings. Many have increased the costs of listings, which should serve to limit the development of a secondary market for the tokens of undercapitalized or poorly managed issuers. Relative to that, the SEC has indicated that token exchanges should be regulated just like stock exchanges. As such, additional regulatory pressure will also cause sites like Coinbase to elevate the listing requirements for new ICO issuers.

On the regulatory side, we will likely see rule-making initiatives and formal guidance from the SEC and other federal agencies regarding ICOs and related areas including token exchanges, enforcement of KYC and AML protocols in the sale and exchange of cryptocurrencies, movement towards the uniformity of money transmittal laws, and custodial regulations for electronic wallet facilitators. Of course, the IRS will likely chime in as well in an effort to collect its share on cryptocurrency sales.

On the business side, the intensifying regulatory environment (coupled with “lessons learned” from fraudulent or ill-prepared ICO initiatives) will force the market to produce stronger ICOs with a focus on fundamentals: strength of the technology, team, market need and capital strategy. ICOs are here to stay, but they will mature quickly as both regulators and investors demand higher quality and long-term stability.

For now, ICOs remain highly speculative and largely unregulated. Issuers and investors should stay abreast of regulatory and market developments when launching an ICO or purchasing tokens.

Jennifer Post is a Corporate and Securities partner with Thompson Coburn LLP. She serves as primary outside counsel to a variety of individuals, institutions and companies. Jennifer can be reached at 310 282 2512 or jpost@thompsoncoburn.com.

This article originally ran in the April 30, 2018 issue of the Los Angeles Business Journal.