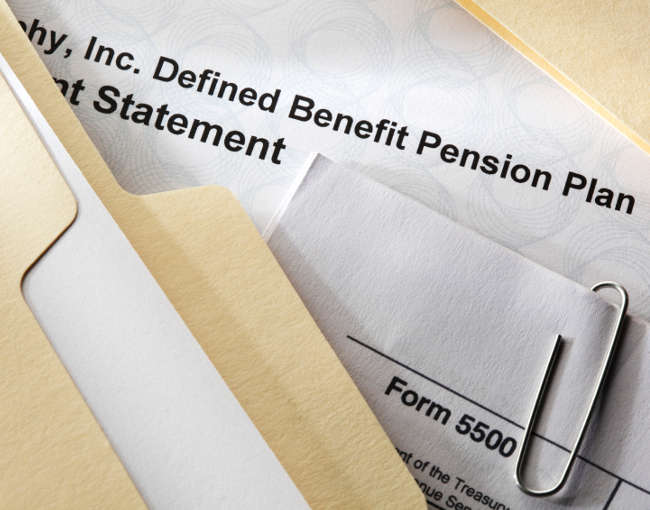 Shoring up the PBGC’s insurance program for multiemployer plans: An update

There are about 1,400 MEPs covering an estimated 10 million union employees and retirees. According to a June 2017 report issued by the American Academy of Actuaries, about 100 of these plans, covering approximately one million participants, have been classified in “critical and declining” status.i

On February 9, 2018, President Trump signed into law the Bipartisan Budget Act of 2018 which, in addition to funding the government for six weeks, created the Joint Select Committee on Solvency of Multiemployer Pension Plans, a bipartisan, bicameral committee made up of 16 members of the U.S House of Representatives and the U.S. Senate. The charge of the committee is to develop recommendations and legislative language that will improve the solvency of MEPs as well as the Pension Benefit Guaranty Corporation (PBGC), the agency that insures MEP benefits.

There is some precedence for the formation of this type of committee. In 2011, the Joint Select Committee on Deficit Reduction was charged with the ambitious task of developing proposals to cut federal spending by $1.6 trillion over a decade. Unfortunately, the 2011 Select Committee was not able to come to consensus on a plan, must less implemental proposals. Another example is various joint committees on the organization of Congress, formed during the mid-1940s, mid-1960s and early 1990s, which were charged with reforming the legislative processes of Congress. These committees were successful to some extent in converting their reform recommendations into legislative proposals.

The level of detail included in the 2018 Budget Act with respect to the membership and procedures of the Select Committee on MEPS demonstrates the high level of concern in both political parties over the underfunded status of some MEPs. According to the Act, four members are to be appointed by the Speaker of the House, the Senate majority leader and the House and Senate minority leaders. Senators Orrin Hatch and Sherrod Brown will serve as co-chairs of the Select Committee.

One of the interesting aspects of the 2018 Budget Act is that it mandates streamlined procedures for reviewing the legislative language recommended by the Select Committee. For example, the recommended legislative language is to be introduced in the Senate by the Senate majority leader (or his designee) “by request” on the day after it has been received by the Senate. According to the Congressional Research Service, the term “by request” signifies that the Senate majority leader may or may not support its provisions.ii Once introduced, the legislation is to be referred to the Senate Committee on Finance and the Committee on Health, Education, Labor and Pensions (HELP). Ordinarily, when a bill is referred to committee, there is no deadline by which the committee must act. However, the 2018 Budget Act provides that the Senate Committee on Finance and the HELP committee are to report the bill, unamended, with or without recommendation, no later than seven session days after introduction. The Act even specifies the number of hours that the bill can be considered on the floor. By the last day of the 115th Congress, the Senate must vote on a motion to proceed to a bill containing the legislative language provided by the Select Committee.

To date, there have been a number of proposals to address the MEP underfunding issue. Most involve some form of subsidized loans to MEPs. In late 2017, Senator Sherrod Brown and Representative Richard Neal introduced the Butch Lewis Act, which would create a new federal office to sell bonds to financial institutions to fund loans to underfunded MEPs. The loans would have a term of 30 years and a low interest rate. Plans would make interest payments for the first 29 years and repay the principal and remaining interest in the final year. The bill would also provide additional funding to the PBGC to provide assistance to plans unable to qualify for such loans. The National Coordinating Committee on Multiemployer Plans, comprised of employer and unions, has also developed a proposal for 30-year loans with a 1% interest rate. In contrast to the Butch Lewis Act, loan payments would be interest only for the first 15 years with a level payment of principal and interest for the balance of the loan. UPS has also developed a proposal for low interest government loans to underfunded plans. Unlike the first two proposals, the UPS plan also involves benefits cuts of up to 20%.

Some concern has been expressed with respect to the increased costs involved in these loan programs. For example, the Heritage Foundation, a conservative think tank, states that such loans are risky, reward bad behavior by companies with underfunded MEPS, disadvantage companies with properly funded MEPS, and ultimately impose a liability on taxpayers that could exceed the cost of an outright bailout of the underfunded MEPs.iii

A study by IMPAQ International suggests that low-interest loans themselves will not solve the problem and further suggests that, based on the history of MEPs, “a case can be made for approaches that involved contributions from employers (that are tailored not to sink already fragile plans), from plan participants, and from taxpayers.”iv

Given the complexity of the problem, it is unlikely that any single approach will solve the current problem of underfunded MEPs. However, any solution crafted by the Select Committee should also consider the potential for currently well-funded MEPS to undergo funding issues in the future. As noted by one study, the fact that a MEP is in the green zone today does not ensure that it will continue in the green zone.v

Ultimately, whether a new form of floor-offset arrangement—specially designed to address the MEP underfunding issues—is practicable can only be determined based on the data and actuarial calculations. Perhaps it would work too slowly for some plans. A key issue would be the level of contributions required from employers and whether employer contributions would also be required with respect to retirees. However, it has appeal because, if workable, it could provide a method whereby employers sponsoring MEPs and MEP participants share in the cost of solving the MEP underfunding crisis and perhaps even a path for slowing the growth of the PBGC’s liability. In addition, the floor offset arrangement would mirror the trend in single employer retirement plans towards account-based plans, such as Section 401(k) and 403(b) plans. The goal would be to limit the PBGC potential liability based on existing accrued benefits and to attempt to reduce those liabilities over time as accounts under the defined contribution portion of the floor offset arrangement grow.

Practitioners will have the opportunity to propose other solutions to the MEP funding crisis via the public hearings and meetings to be scheduled by the Select Committee on MEPs. Watch for more information and add your ideas to the discussion.

i Issue Brief, Overview of Multiemployer Pension System Issues, American Academy of Actuaries (June 2017). Critical and declining status means that the plans are projected to have insufficient assets to pay full benefits within the next 20 years.

iii Greszler, Rachel. Why Government Loans to Private Union Pension Would BE Bailouts – and Could Cost Taxpayers More than Cash Bailouts, The Heritage Foundation (February 5, 2018).

v The IMPAQ study notes that 2 of the 3 largest “critical and declining” plans were in the green zone in 2010. Id at page vi, footnote 4.