Home > Insights > Publications > The benefits of a business ‘prenup’: A litigator’s perspective 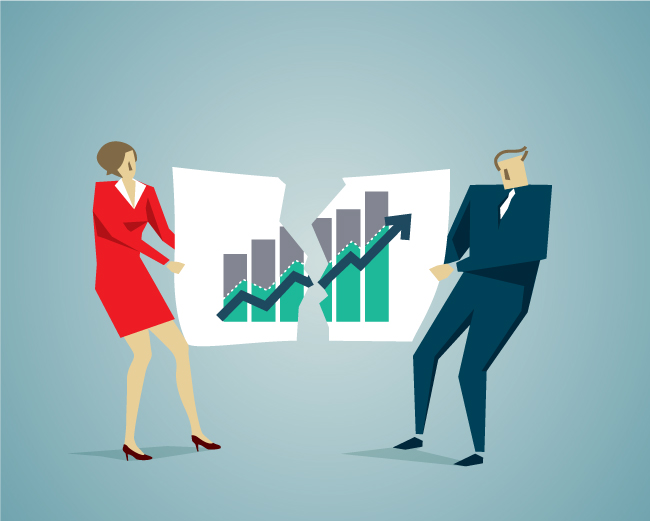 Strong, well-written shareholder and operating agreements are the “prenups” of the business world. They dictate the rights and responsibilities of the owners, anticipate possible conflicts, and spell out the rules of engagement on business matters. If owners someday come to an impasse and need a “divorce,” a good agreement will provide a pathway for the exit of the affected party while minimizing disruption to the business’s day-to-day operations.

On the other hand, without an established and effective “prenup,” a dispute among owners can cause an already volatile situation to become even more explosive and damaging — not only to the relationship, but to the business itself.

How can these agreements address future disputes?

Shareholder and operating agreements are written agreements that govern the owners’ relationship.

From a litigator’s perspective, here are some of the major issues addressed by these types of agreements that can help to minimize or avoid litigation:

Note: There are some limits on what shareholder and ownership agreements can accomplish. For example, in most states they can’t eliminate fiduciary duties, although the agreements can provide guidelines as to such duties.

Interestingly, most states do not require a shareholder or operating agreement to form a corporation or LLC. But any party who starts a business without one, or one that is not well thought-out, is missing out on a significant opportunity. That’s because, for the most part, these agreements take precedence over state statute or common law.

For that reason, a thoughtful and effective agreement can spare a business from having to constantly react to ever-changing state laws and the unpredictable interpretation of those laws by judges.

Also, even if your business has an agreement, it is best to periodically review the agreement to determine if an update is needed.

What happens if there’s no ‘prenup’?

With few requirements for shareholder and operating agreements, many business owners choose to forgo an agreement or try to cobble one together themselves. First, it likely goes without saying: Having no agreement is often better than having a poorly drafted one.

When not drafted correctly, these agreements are essentially time bombs waiting for a dispute to arise, and can lead to excessive time and money spent on litigation that could have been avoided had a strong agreement been put in place in the beginning.

If there is no agreement, the parties involved in a dispute would then be subject to the laws of the state where the business was incorporated or formed. This remains true even if the majority of the business is now handled elsewhere. Delaware and Nevada are known for their management-friendly laws, but in any other state, you run the risk of being subject to new laws that may not favor your company.

In the end, the cost of preparing an effective shareholder or operating agreement is minimal compared to the potential cost of litigating the disputes borne from an ineffective one. And, unless you organized or incorporated your business in one of the two states listed above, leaving your dispute in the hands of potentially management-adverse laws isn’t the most favorable option either.

As a business owner, you have an obligation to the long-term success and security of your company. By investing in a well-drafted, thorough shareholder or operating agreement, you are making an investment in the future of your business. You’re also protecting everything you’ve built and avoiding the uncertain, painful and costly fallout from future disputes.

Whether your business may face a dispute, death, buyout or any number of other potential leadership changes, these agreements can create a well-lit path to settling the matter as peacefully as possible and putting the business back on track — on your own terms.

This article is not intended to provide legal advice. Please consult an attorney to advise you whether these ideas might help your particular situation.

Rob Lang is a litigator and partner in Thompson Coburn's Business Ownership and Governance Disputes practice.