Home > Insights > Publications > NAFTA, tariffs and trade wars: Are you ready to do battle in Missouri? 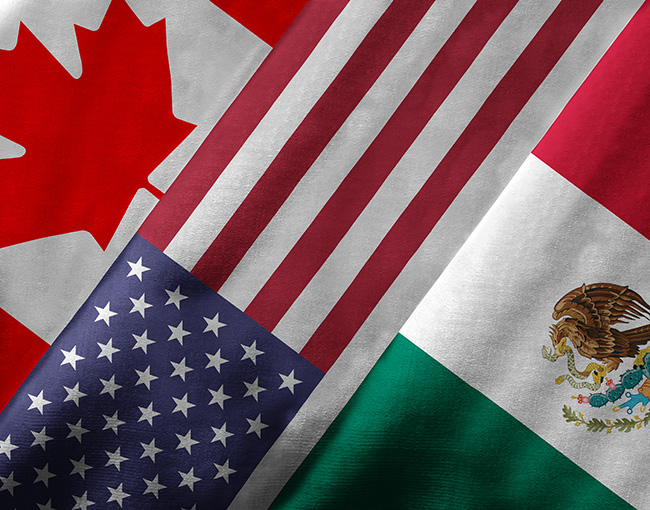 NAFTA, tariffs and trade wars: Are you ready to do battle in Missouri?

The trade wars between the U.S. and other countries have not slowed, and Missouri is on the front lines.

Additional duties have been imposed on steel and aluminum products, increasing the cost of these products to the benefit of these industries, but to the detriment of steel and aluminum consumers. Additional duties have been imposed on nearly half of the goods imported from China, with more duties on the way. Countries have retaliated against these actions by imposing duties on U.S. exports. The United States, Mexico, and Canada have now completed the negotiations of the U.S. Mexico Canada Agreement (USMCA) that will replace NAFTA if ratified by all three countries. The impact of these changes are just being determined. Between trade negotiations and tariffs, Missouri businesses have already felt significant strain with no signs of easing.

In this article, we summarize recent developments in the trade wars that will affect Missouri-based manufacturers and suppliers and provide suggestions on how your organization can get involved in the process and position yourself to limit the negative impact and take advantage of potential opportunities.

The U.S. Mexico and Canada have now negotiated a new agreement, but the rules have changed and it is not certain that the agreement will be ratified by all three countries. Should the U.S. withdraw from NAFTA, the U.S. Chamber of Commerce predicts Missouri would experience some of the harshest effects. If USMCA is enacted, the changes will still be significant.

Missouri’s largest trading partners are Canada and Mexico, with around half of Missouri’s exports going to one or the other and culminating in billions of dollars' worth of commerce for Missouri. This is a two-way street: goods produced in Canada and Mexico also support Missouri jobs, as they provide the inputs for Missouri production and sales opportunities. The current trade system with Canada and Mexico supports tens of thousands of jobs across the state. While USMCA maintains the core of NAFTA, the changes are significant and it is not clear that the changes will result in a net benefit to Missouri. Companies should closely review the origin of their products and their supply chains to measure the possible impact.

Effects of tariffs on manufacturing, agriculture

Steel and aluminum tariffs have been a small boon for manufacturers such as the U.S. Steel plant in Granite City, Illinois, but have placed significant pressure on manufacturers that import raw materials from outside the U.S., or that use steel in their production operations.

The tariffs have supported price increases and investment in production capacity. The increased supply of U.S.-sourced steel and aluminum, however, has not kept up with demand, forcing some businesses to consider shuttering. According to the St. Louis Post-Dispatch, Mid Continent Nail in Poplar Bluff, Missouri, which previously imported steel from Mexico and benefited from the fact that import competition has served to cap the price of steel procured domestically, has only stayed open through its parent corporation absorbing the majority of the losses.

Tariffs imposed on goods imported from China are just beginning to be felt. Expect increased prices on many machines, chemicals, and raw materials in the near future.

Farm aid packages have mitigated some short-term effects of the retaliatory tariffs imposed on U.S. agricultural exports, but are not expected to cover this year’s losses and may not offer any long-term protection. With agriculture and related industries constituting nearly 10 percent of Missouri’s economy, the state may feel the effects of tariffs for several years.

How to mitigate trade war impact

In a previous article, we discussed strategies to help avoid significant damage from the trade wars. Though the window for filing comments with the USTR in the latest round of the trade war with China has closed, there are still a number of ways to protect your business and “fight” in the trade wars.

Overall, there is no clear solution for Missouri to avoid most of the trade war’s effects and the state’s businesses should prepare for attrition. Missouri businesses can work with Thompson Coburn, using cost efficient processes, to help avoid the collateral damage that businesses may experience as a result of the trade war’s impact. We can also analyze an organization’s ACE data compared to the HTSUS subheadings to provide an accurate estimate of your exposure.