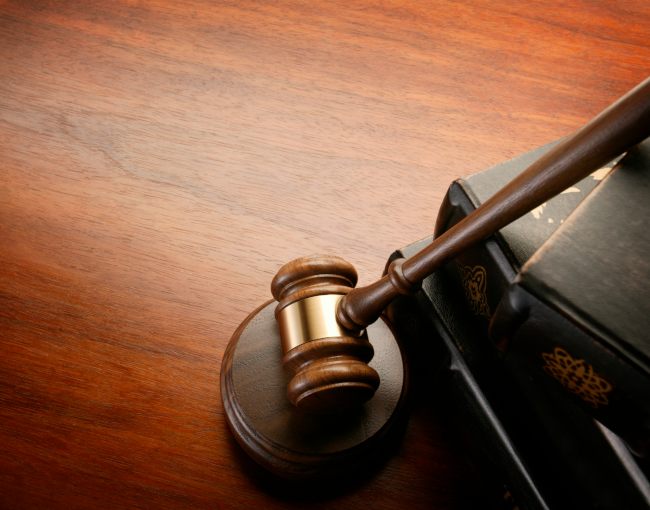 In a series of 3-1 decisions issued on December 16, 2019, the National Labor Relations Board (NLRB) overturned significant Obama-era precedents related to confidentiality rules for workplace investigations, employees’ use of company email accounts for Section 7 activities and the cessation of dues checkoff arrangements after the expiration of collective bargaining agreements.

Old ruling: An employer must determine, by producing specific evidence on a case-by-case basis, whether its interest in preserving the integrity of the investigation outweighs presumptive worker Section 7 rights before it can require investigative confidentiality.

New ruling: Rules requiring workers to maintain confidentiality of investigations are presumed lawful if they are facially limited to the duration of the investigation.

Citing compelling needs for investigative confidentiality and the practice of other federal agencies, the Board ruled that policies requiring workers to maintain the confidentiality of ongoing investigations are presumed not to violate workers’ organizing rights under the National Labor Relations Act (NLRA) when they are limited to the duration of the investigation.

However, this presumption is afforded only to rules that explicitly limit the confidentiality requirements to the duration of an open investigation. When a rule extends investigative confidentiality beyond the life of the investigation or when the non-disclosure rule is silent with regard to duration, the rule is subject to individualized Board scrutiny as to whether any post-investigation adverse impact on NLRA-protected conduct is outweighed by legitimate justifications.

The Board’s ruling recognized several compelling needs for the confidentiality of workplace investigations, including ensuring the integrity of the investigation, obtaining and preserving evidence while workers’ recollection of the relevant events is fresh, encouraging prompt reporting of workplace issues without fear of retaliation and protecting workers from the dissemination of sensitive personal information.

The Board also noted that its ruling brought it in line with other federal agencies, such as the EEOC and OSHA which require investigative confidentiality to protect employee privacy and maintain the integrity of ongoing investigations. This decision, according to the Board, helps eliminate the dilemma faced by employers who have been caught between the EEOC’s and NLRB’s differing regulatory requirements for investigative confidentiality.

The Apogee Retail ruling is a significant departure from the Obama-era Board’s 2015 ruling in Banner Estrella. That decision required employers to engage in a case-by-case determination of whether confidentiality can be required for a specific investigation by producing specific evidence that, in that particular investigation, “witnesses need protection, evidence is in danger of being destroyed, testimony is in danger of being fabricated, and there is a need to prevent a cover up.” The Apogee Retail Board found that the Banner Estrella rule ignored important interests of employers and employees and impermissibly shifted the burden of balancing employer and employee interests away from the Board and onto employers.

Nonbusiness use of company email

Old ruling: An employer providing workers with access to its email system may not prohibit the workers from using the system for Section 7-protected communications on nonworking time, absent a showing of special circumstances.

New ruling: Rules prohibiting workers from using company email systems for nonbusiness purposes, including for purposes of engaging in activities protected by Section 7 of the NLRA, are generally lawful to maintain, absent proof of discriminatory application.

Employers may now prohibit their employees from using company-maintained email systems for any nonbusiness purposes, including for communications protected by Section 7 of the NLRA, according to the Board’s December 16 Caesar’s Entertainment decision. That case dealt with the lawfulness of an employer policy prohibiting the use of its email system to send “chain letters or other forms of non-business information.”

Focusing on employers’ property rights and citing other avenues of communication available to workers, the Board ruled that workers have no statutory right to use employer equipment, including IT resources, for Section 7 purposes. The Board found that workers must have only adequate avenues of communication and that employer property rights must yield to workers’ Section 7 rights only to avoid creating an unreasonable impediment to workers’ right of self-organization. In the case of employer-supplied email systems, the Board ruled that other modes of communication available to workers such as face-to-face communication, smartphones, personal email and social media were adequate for the exercise of their Section 7 rights without unreasonably impeding those rights.

The Board set out two caveats to its ruling. First, any policy prohibiting the use of company email for nonbusiness purposes must be neutral to workers’ Section 7 rights, facially and in practice. This means that to prohibit workers from using email for union business, the employer’s policy must prohibit workers from using email for any nonbusiness reason and must in practice enforce the policy in both instances. For example, if an employer is allowing workers to email about an after-hours book club in violation of company policy, the employer cannot then choose to enforce the policy against workers emailing about after-hours organizing activities.

The second caveat is in the form of an exception. The Board ruled that the presumption of lawfulness can be overcome by evidence that workers would be deprived of any reasonable means of communicating with each other if the employer restricted nonbusiness use of its IT resources. However, the Board noted that it expects such cases to be rare because “since the earliest days of the Act,” workers have been able to successfully organize multisite and cross-employer bargaining units without the aid of email.

Old ruling: Employers continue to have the obligation to deduct dues from workers’ paychecks after the expiration of the controlling CBA until a lawful, good faith bargaining impasse has been reached between the employer and the union.

Employers may once again unilaterally cease collecting union dues pursuant to a dues checkoff provision at the expiration of the CBA. The Board’s December 16 Valley Hospital decision reinstates more than 50 years of precedent allowing unilateral discontinuation of dues checkoff agreements, which had been overturned by the Obama-era Board in 2015.

Central to the Board’s ruling is the 1962 Supreme Court case NLRB v. Katz. In that case, the Court held that employers are required to refrain from unilaterally changing bargaining unit workers’ terms and conditions of employment from the commencement of the bargaining relationship until the parties had reached a good faith bargaining impasse. The Board has, however, traditionally recognized certain exceptions to the Katz unilateral change doctrine, including for contract provisions for no-strike/no-lockout pledges, arbitration, management rights, union security, and dues checkoff.

Overturning the 2015 Lincoln Lutheran of Racine decision removing dues checkoff provisions from the short list of Katz exceptions, the Board ruled that the provisions “properly belong to the limited category of mandatory bargaining subjects” exclusively created by a contract and enforceable only for the duration of the contract. Because a dues checkoff cannot exist until established in a CBA, the Board reasoned that its duration is also limited to the life of the CBA. The Board also stressed that the 2015-Board’s Lincoln Lutheran decision had impermissibly interfered with the statutory bargaining process by depriving employers of an economic weapon (i.e., refusing to collect dues for the union), which an employer may legitimately use as leverage to support its bargaining position.

Employers with questions about how to take full advantage of these rulings should contact the authors listed below or any member of Thompson Coburn’s Labor & Employment practice.