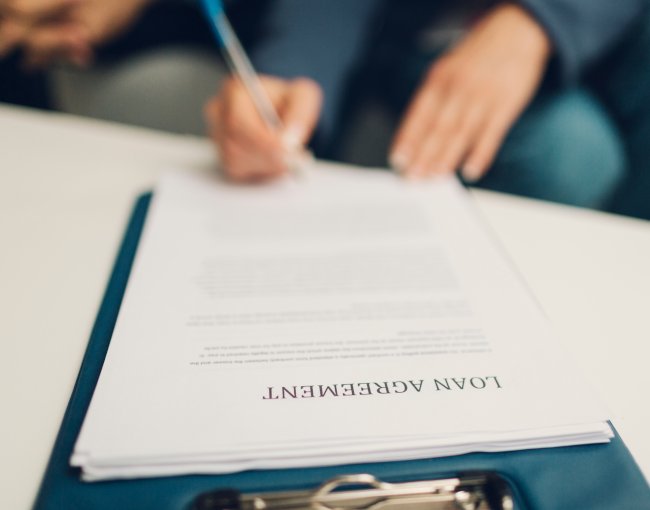 The COVID-19 pandemic: What lenders should know about invoking MAC clauses

The COVID-19 pandemic is one of the biggest threats to the global economy and financial markets that the world has ever seen. In an effort to mitigate the financial fall-out, many lenders are reviewing their existing loan portfolios and assessing their obligation to continue funding under loan commitments as well as taking affirmative steps to protect their portfolios. Material Adverse Change (“MAC”) (or Material Adverse Effect) clauses provide a way to achieve this objective. The typical MAC clause in a credit agreement defines a MAC as any material adverse change or effect on the financial conditions, operations or business of the borrower and other credit parties. If a MAC is triggered, loan documentation typically (a) allows a lender to withhold funding and/or (b) allows a lender to declare an event of default.

At first blush, the many adverse changes occurring with respect to individual borrowers in light of the COVID-19 pandemic would appear to constitute proper circumstances in which to invoke a MAC clause. However, lenders should exercise caution as MAC clauses can vary and their enforceability has been tested in the courts. In addition, a lender seeking to invoke a MAC clause, and by so doing, control cash or other collateral, may be exposing itself to liability.

The courts have predominantly dealt with MAC clauses in the M&A context. In those cases, courts have placed a heavy burden on the party invoking the clause. Specifically, courts are reluctant to interpret MAC clauses in favor of exiting a transaction or avoiding an obligation to fund capital or debt. Courts in Delaware have only had one case where a MAC clause permitted the invoking party to exit the transaction. The Delaware courts, viewing MAC clauses in the M&A context, have looked to a prolonged decline in adverse operational results as a basis for evaluating the MAC. In New York, one court considered a sudden decline in a company’s performance over a relatively short period of time as sufficient basis to invoke a MAC. It must be noted that all of the cases are fact-specific and include an analysis of the entirety of the contracts between the parties (including review of lesser covenants and remedies available to the parties); the MAC clauses are not viewed in isolation. Based on these cases, the duration and severity of the decline in operations leading up to the decision to invoke a MAC clause are key factors in assessing a MAC.

MAC as a basis for refusal to fund

Typically, the absence of a MAC is a condition to funding initial advances and/or continued revolving or term advances. Lenders require the right – based on a continuous standard of various legal and factual circumstances – to protect against exposure by including a MAC prohibition on funding. MACs tend to provide Lenders with broad authority to decline funding.

There are few cases involving lenders seeking to invoke MAC clauses as a basis for refusal to fund. One of the few is Capitol Justice LLC v. Wachovia Bank, N.A., which occurred in the context of the 2008 financial crisis. There, Wachovia Bank was attempting to withhold funding of an $89.5M loan in reliance on a MAC Clause that allowed termination of the agreement “in the event of any material adverse change in the financial, banking or capital market conditions that could impair the sale of the Loan by the Lender as contemplated in the Term Sheet.” The borrower sued, alleging breach of the loan commitment agreement. Ruling against Wachovia’s application for summary judgement, the court held, among other things, that (i) the bank had the initial burden to prove that MAC occurred; and (ii) issues of fact existed as to the foreseeability of market conditions and whether a MAC impaired the sale of the loan. While the court did not rule on whether a MAC had occurred, the court indicated that it would be a fact-specific inquiry and that the lender would bear the burden to prove the applicability of the MAC.

MAC as an event of default and reasonable lender standards

A MAC clause also typically triggers an event of default (“EOD”). Almost uniformly, an EOD gives the lender the power to cancel its commitment and accelerate the loan, demand payment and commence remedies against the borrower. Where this use of a MAC clause exists, it is usually at the discretion of the lender, although in some cases, there is an express requirement for the lender to exercise its discretion reasonably (or to its reasonable satisfaction). The courts may therefore have a role to play in determining what a “reasonable lender” in the same situation would do, or how a lender is “reasonably satisfied” that a MAC has occurred.

In addition, even where there is no requirement of reasonableness and the document purports to give the lender absolute discretion, the Uniform Commercial Code (“UCC”) requires good faith and fair dealing on the part of a lender. The UCC defines good faith as “honesty in fact and the observance of reasonable commercial standards of fair dealing.” Here also, the courts may have a role in determining whether a lender believed it was acting in good faith and exercised reasonable commercial standards in invoking a MAC clause. The UCC also imposes limitations of reasonableness and fairness on a lender relying on acceleration clauses.

Although the available cases are not definitive as to what type of events will substantiate invoking a MAC clause in financing transactions, certain guidance can be understood:

COVID-19 as the basis for a MAC

The available case law gives little indication on whether a public health crisis by itself constitutes a MAC. However, many financial advisors believe that the already far-reaching socio-economic effects of the COVID-19 pandemic may have a greater impact on the financial markets than past health crises, such as the Ebola virus and SARS.

For lenders reviewing MAC clauses in their credit documentation, based on existing case law, the lender should be prepared to bear the burden of showing that a MAC has occurred, be prepared to substantiate that position with facts and data concerning the borrower’s declining performance and be prepared to show that the effects on borrower’s performance will be long term. Lenders should also review other covenants, representations and warranties in their credit documents to see if these provisions have been or are likely to be breached. And lenders should consider other interim steps to limit their exposure and protect their collateral. In sum, lenders should be carefully monitoring all credit positions and exercising significant diligence in determining whether a borrower’s recent or sudden declining performance has triggered a MAC clause – the COVID-19 epidemic alone will likely not substantiate withholding advances or declaring a default.