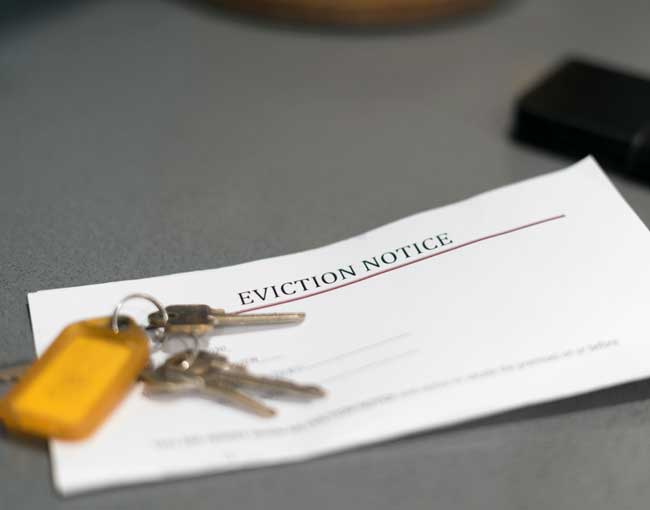 Last month, the City of Chicago instituted the “COVID-19 Eviction Protection” ordinance, sponsored by Chicago Mayor Lori Lightfoot, in order to provide relief to tenants and avoid an eviction spike once the court system reopens after the current shutdown orders are lifted. In our article detailing the COVID-19 Eviction Protection ordinance, we considered two additional pending ordinances that, if adopted, would have a more lasting impact on landlords and tenants beyond the pandemic: the “Fair Eviction Notice” ordinance, also sponsored by Mayor Lightfoot, and the “Just Cause Eviction” ordinance, which is endorsed by members of the Chicago Progressive Caucus.

The City of Chicago instituted the Fair Eviction Notice ordinance on July 22, 2020. Unless the landlord is terminating a tenancy due to a tenant’s failure to pay rent, material noncompliance with lease obligations, disturbance of a neighbor’s peaceful enjoyment of the premises, or abandonment of the premises, the Fair Eviction Notice ordinance imposes the following notice periods before the landlord can terminate, decline to renew, or materially change the terms or conditions of a lease (including an increase in rent):

* The ordinance does not apply to leases that expire within the first 90 days after the ordinance takes effect on July 22, 2020.

The Fair Eviction Notice ordinance also provides tenants with a one-time right to cure non-payment of rent by paying the landlord all unpaid rent through the date of payment, including all of the landlord’s court filing fees and costs, but excluding the landlord’s attorneys’ fees. Importantly, the tenant is afforded this new cure right up until the court issuance of an order of possession or an eviction order. The cure provision of the Fair Eviction Notice ordinance does not apply to units in owner-occupied buildings containing six units or fewer; however, the notice provisions apply to all rented dwelling units in the City of Chicago.

The Fair Eviction Notice ordinance passed despite criticism from some aldermen who supported the stronger “Just Cause Eviction” ordinance.

The “Just Cause Eviction” Ordinance

Like the Fair Eviction Notice ordinance, the Just Cause Eviction ordinance would increase the notice requirements for landlords looking to increase rent, but would do so using a scaled approach that ties the notice timeline to the percentage increase in rent. The proposal would also prevent landlords from attempting to recover possession of the premises or initiate eviction actions unless the landlord establishes one of the specific grounds listed in the ordinance. The Just Cause Eviction ordinance would award relocation assistance (of $10,600, in most instances) to tenants whose tenancy is terminated for the following reasons: so the owner or a qualified relative of the owner can reside in the unit for more than 12 months, to convert the unit to a condominium, to rehabilitate or repair the unit rendering it uninhabitable, to demolish the unit or permanently remove it from residential use or to increase the rent by more than 20 percent during the course of any 12 month period if the tenant must vacate the premises as a result of the increase.

An earlier version of the Fair Eviction Notice ordinance contained a similar provision that would have required landlords to pay $2,500 to each tenant that was forced to vacate because of demolition or substantial redevelopment plans within 90 days after a tenant’s departure. This concept was stripped from the final version of the Fair Eviction Notice ordinance, but advocates of the Just Cause Eviction ordinance are committed to including some form of relocation assistance to qualifying Chicago tenants.

In an attempt to protect the interests of “smaller” landlords, the Just Cause Eviction ordinance provides alternatives for owners of buildings with four units or fewer if they are also the owner’s primary residence. For example, the amount of relocation assistance is reduced to two or three months of the median rent in Chicago for a comparable unit and owners are permitted to “pay” the fee through a reduction or waiver of rent, or some other mutually agreeable method.

The Just Cause Eviction ordinance is currently mired in the City Council Rules Committee, but Alderman Harry Osterman (48) has publically stated that he would bring the measure out of the Rules Committee for discussion at an upcoming Chicago Committee on Housing and Real Estate Meeting.[1] Proponents are hoping to move the ordinance towards a vote, citing the expected wave of eviction proceedings once courts open up after the pandemic.

Although these ordinances are meant to combat displacement in “gentrifying” neighborhoods, landlords fear that further restricting their rights to evict problem tenants will also result in disinvestment in depressed and declining neighborhoods. They contend that during the current 30-day notice period, “problem tenants” can become a further nuisance to their neighbors, often cause damage to property and rarely continue to pay rent. Lengthening this time period, the argument goes, would further burden existing landlords and discourage potential rental property owners from making investments in lower-income neighborhoods. By imposing drastic relocation fees on landlords, the Just Cause Eviction ordinance could similarly disincentivize capital improvements in such neighborhoods.

These sweeping changes also come at a time when landlords in general are managing uncertainty surrounding the pandemic, whether and to what extent Cook County Assessor Fritz Kaegi will apply a “COVID-19 Adjustment” to decrease property values,  possible Affordable Requirements Ordinance changes, and the unpredictability of the real estate market generally.

Stay tuned for further updates as these and other pending measures develop over the coming weeks and months. Thompson Coburn continues to monitor changes in municipal ordinances, regulations and procedures and their effect on the real estate market.

[1] The next meeting of the Committee on Housing and Real Estate has not yet been scheduled.