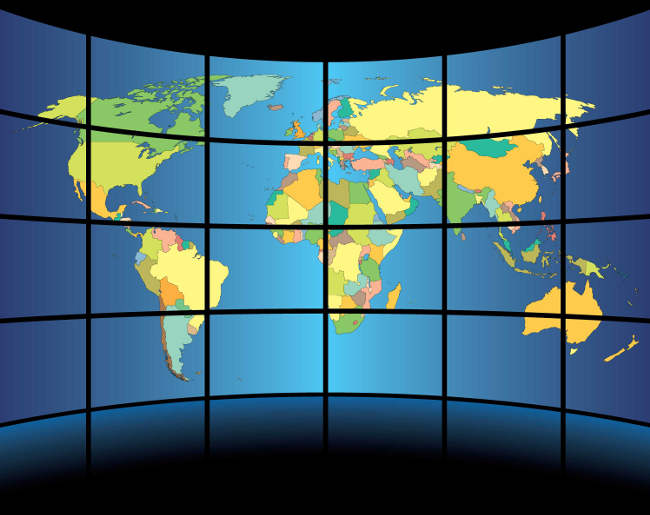 This article originally appeared on Law360.com.

Ongoing effects of the COVID-19 pandemic, the Russian invasion of Ukraine, rising tensions in the relationship between the People's Republic of China and the U.S., and other geopolitical concerns are all reflected in changes to U.S. trade priorities.

In remarks at the Roosevelt Institute's Progressive Industrial Policy  Conference in October, U.S. Trade Representative Katherine Tai characterized the current era as "Globalization 2.0" in which trade regulations should encourage companies to make decisions that "pursue sustainability for our people and for our planet," as opposed to merely prioritizing efficiency.[1]

This change in priorities is not limited to the Office of the U.S. Trade  Representative. It can be seen in an all-of-government approach in which administrative agencies look to leverage the regulatory structures developed by sister agencies to create rules that meet their own new demands.

To adjust to these changes, regulators are increasingly applying analytical structures that leverage these principles applied by other agencies that have regulatory authority over trade.

For example, the classification of products using the harmonized system, the six-digit code system that participating countries use to classify goods, has long been considered primarily an import-related activity and is often considered to be of secondary importance for export control purposes.[3]

The Bureau of Industry and Security, however, is increasingly using harmonized system classification to define export controls for items that would not otherwise be tightly controlled for export — i.e., EAR99 items. While this technique has been used in the past,  its importance and visibility has been raised by its broad application to the exportation of numerous goods to Russia, a significant world economy.

On the other hand, the misclassification of exported merchandise may result in penalties of up to $300,000 per violation, or twice the value of the transaction. As a result, there is an increasing need for export control professionals to enhance their understanding of the harmonized system, including the general rules of interpretation and the rulings process.

These are systems that operate very differently than the analogous export processes, and will require export compliance professionals to expand their range of practiced skills.[5]

Alternatively, export control practitioners have developed substantial know-your-customer due diligence skills in order to protect against items being routed to prohibited destinations,  end users or end uses. From an export perspective, this process starts with the screening of all parties to the transaction against the specially designated nationals list, the entity list,  and the other control lists published by the U.S.

Such an emphasis on check-the-lists procedures must now become part of import operations. This change has accelerated due to the Russian invasion of Ukraine and other sanctions actions, including extensive new SDN list designations that may affect many more subsidiaries captured under the 50% ownership rule.

The impact has been compounded due to the greater commercial significance of the  designations in comparison to most of the entities that were previously listed. Accordingly,  there is a greater chance that a sanctioned party may be involved as a party to the import transaction.

Second, the Uyghur Forced Labor Prevention Act, or UFLPA, requires U.S. Customs and  Border Protection to publish — and, impliedly, importers to reference — lists of entities associated with the Xinjiang Uyghur Autonomous Region of China,[6] thus expanding the nature of entities that may be prohibited from involvement in imported items.[7]

It is in this area of supply chain due diligence that we see what may be the most significant convergence of export control, sanctions and import compliance skill sets. Often, exporters must be cautious of how an exported item will be used.

This has become increasingly important under the advanced semiconductor regulations,[8]  where the exporter must know how the exported item will be used and the production capabilities of the facility in which it will be used.

Exporters may need to know whether the exported item represents more than a de minimus amount of a product produced outside the U.S.,[9] or whether a foreign-produced item is the direct product of a U.S. plant or technology.

Such supply chain tracing is not unfamiliar to importers, but it is growing in importance and complexity. Companies know that their ability to trace their supply chain is essential to the verification of origin for preferential treatment, either under preference programs like the  U.S. Generalized System of Preferences or under free trade agreements.

However, U.S. dumping laws and conflict mineral rules have an increased focus on supply chain issues.

The Enforce and Protect Act requires CBP to examine all locations of production to determine if an anti-dumping order is being evaded. The U.S. Department of Commerce's investigations into the circumvention of anti-dumping orders look into similar factors.

In both investigative scenarios, regulators are examining production processes and the sourcing of raw materials to see if the orders are being circumvented or evaded.

Additionally, CBP's increased emphasis on prohibiting the importation of goods produced in whole or in part from forced labor has required importers to enhance their understanding and improve the traceability of their supply chains from raw materials to finished goods.

This trend will continue with CBP's actions to enforce the UFLPA, ensuring that goods produced in whole or in part from materials from the Xinjiang Region of China are not imported into the U.S.

Furthermore, CBP recently integrated forced labor and supply chain considerations into the requirements for participation in the voluntary Customs Trade Partnership Against Terrorism program, which was one of the first truly supply chain-oriented programs in international trade.[10]

Ultimately, there are multiple indicators of this convergence, which requires expertise beyond import laws and regulations.  One important example of the convergence of import and sanctions practices is the  2019 Office of Foreign Assets Control settlement with e.l.f. Cosmetics Inc. that resulted in a  nearly $1 million penalty for importing false eyelash kits that contained materials sourced from North Korea from two Chinese suppliers, in violation of North Korea sanctions regulations.[11]

Finally, geopolitical considerations have always been an important part of the export control and sanctions practice. Recent logistics challenges have demonstrated that this risk must also be a focus of the import practice. Unlike export and sanctions laws, geopolitical risks are not incorporated into the customs laws, but companies that apply the lessons learned by  their export control and sanctions professionals to their import decision making will be able to maintain a more resilient supply chain.

Taken as a whole, these changes have created a much more complex international trade landscape. Companies will benefit by deploying a whole-of-trade perspective in order to ensure that their compliance efforts align with those of the governments with which they interact. The focus on worker-centric supply chains and sustainability will continue to transform the nature of compliance, and businesses should adapt their procedures and priorities accordingly.

[1] The Trade Off: Economics versus the Environment, available here.

[4] We note that both the European Union and United Kingdom have developed similar HS based export controls.

[5] It is an open question whether the BIS would accept a CBP-classification determination as the correct classification of exported merchandise.

[7] Merely screening the parties to a transaction against a sanctions list is insufficient to ensure compliance. As the export/sanctions practitioner understands, a party may be designated by virtue of being owned or controlled by a sanctioned entity even if the entity itself is not listed. More detailed diligence is sometimes required to uncover such a  connection.

[8] 87 Fed. Reg. 62186 (Oct. 13, 2022). This regulation governs the export, reexport, and transfer — in-country — of certain items that you know will be used in the development or production of integrated circuits at a semiconductor fabrication facility located in the PRC that fabricates certain designated integrated circuits.

[9] Foreign-made items may be subject to the EAR if they contain more than the de minimus amount of U.S.-origin content. Therefore, foreign exporters should also be diligent in their supply chain and country of origin tracing.

[11] Settlement Agreement between the U.S. Department of the Treasury's Office of  Foreign Assets Control and e.l.f. Cosmetics, Inc., available here.