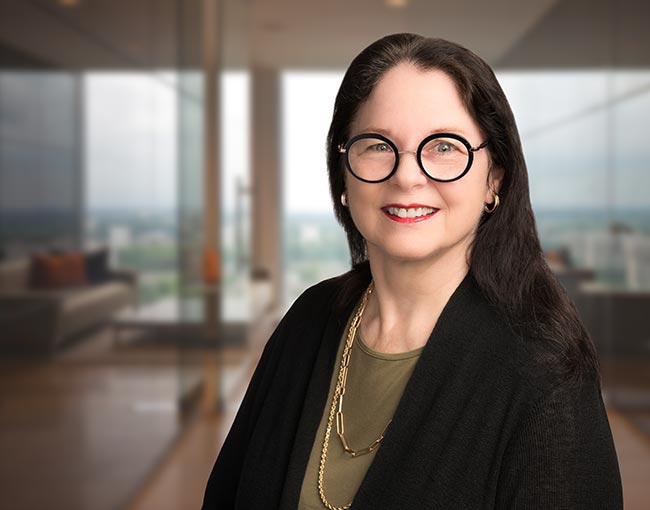 Finance Monthly, a global publication for financial executives, has selected Thompson Coburn partner Janette Lohman as its 2021 State Tax Lawyer of the Year.

Janette is one of just 11 attorneys in the United States highlighted in the publication’s 2021 Taxation Awards issue, which also recognizes top tax advisors in Europe, the Americas, Africa, Asia, and Australia. She is the only attorney recognized in the 2021 edition for her experience in state and local tax (“SALT”) controversies and national leadership on state tax issues.

In her awards profile, Finance Monthly highlighted Janette’s unique experience practicing in nearly every possible tax role as: a CPA in a former Big 8 public accounting firm, in-house tax counsel for two large manufacturers, director of a state revenue agency, and outside counsel for a leading financial institution and numerous major corporations in other industries.

Finance Monthly described Janette’s groundbreaking role as the first female director of the Missouri Department of Revenue. Appointed by Missouri Governor Mel Carnahan in 1993, Janette “supervised five DOR divisions that collected $18+ billion annual revenues, licensed over 4 million drivers, and titled over 6 million motor vehicles. Under her leadership, the DOR automated the driver licensing system, and introduced one of the first state electronic filing systems for income tax returns. Janette directed the consolidation of the state’s five collection systems into one system, which increased bad debt collections by $100+ million in its first year.”

Janette joined Thompson Coburn as a partner in 2003, continuing her longtime representation of one of the U.S.’s largest financial institutions. That client initially retained Janette to “not only help monetize its excess Missouri tax credits, but also to take the credit transferability concept to other states,” Finance Monthly wrote. “Two decades later, Janette remains lead state tax credit counsel for her client, which is now the nation’s largest investor in state low-income housing, historic renovation, Brownfield remediation, and other credit programs.” Additionally, “Janette has assisted in drafting and lobbying for legislation to implement similar transferable tax credit provisions in other states, and she has helped design the structures and sales of billions of dollars of state tax credits in dozens of states.”

For 18 years, Janette shared her SALT knowledge with the next generation of tax attorneys and other tax professionals as an adjunct professor of SALT at Saint Louis University School of Law (“SLU Law”) and Washington University School of Law’s LLM program. She has also held leadership positions in numerous national SALT organizations, including, most recently, four years as an officer on the Board of Governors for the Institute for Professionals in Taxation (“IPT”), the largest national SALT organization, with over 6,000 members.

Janette was elected as a Fellow of the American College of Tax Counsel (“ACTC”) in 2012, and currently serves as ACTC’s Regent for the 8th Circuit. Janette’s more recent distinctions include selection as one of 14 Influential Women in Tax Law by Law360 (2019); selection as Lawyer of the Year for Litigation & Controversy – Tax in St. Louis by Best Lawyers (2020), and induction into the Order of the of the Fleur de Lis, SLU Law’s Alumni Honorary Society (2020).