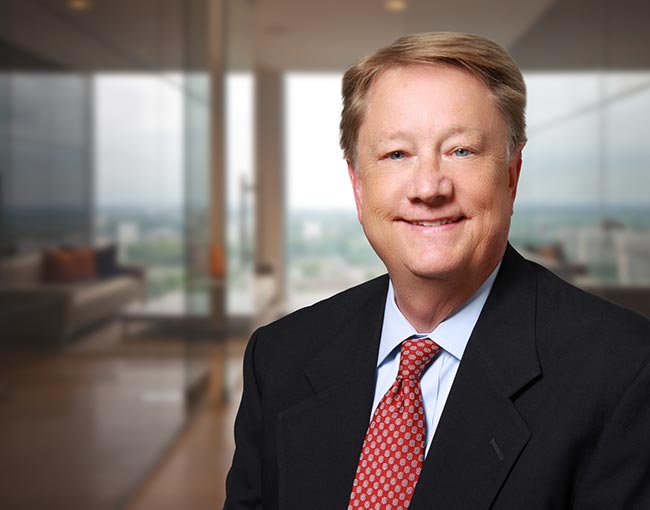 John represents domestic and international clients in complex litigation and multi-district litigation in some of the most challenging state and federal venues in the country.

Companies look to John for his strong advocacy on complex litigation, his deep experience litigating in courts from New York to California, and his proven management and successful resolution of thousands of class claims related to pharmaceuticals, medical products, agribusiness, and alleged environmental contamination.

Over his 30-year career, John has served on national trial teams, as national settlement counsel and as local counsel for high-profile disputes in the City of St. Louis, and Madison County and St. Clair County, Illinois. He has represented some of the country's largest drugmakers and medical device manufacturers, automakers and oil companies, and forged a significant winning record at trial and through favorable settlements.

In fact, when the judges of the Circuit Court for the City of St. Louis needed a lawyer to represent them in a dispute with a state agency, they hired John. He successfully argued the case before the Missouri Supreme Court, bringing home a victory for the Circuit Court judges.

In addition to his legal practice, John served for over a decade as a disaster-relief chaplain. He traveled across the U.S. and around the world providing counseling to people affected by natural disasters, terrorism and political unrest. John also co-founded a nonprofit, New Commandment Ministries, that helps at-risk children in the U.S. and Kenya, Ukraine, and Haiti with projects that provide education, medical care, vocational training, and fresh water.

Defended claims involving a wide variety of drugs and medical devices, from opioids and diet drugs, to vaccines, analgesic pumps and mesh products.

Lead counsel and a member of the national trial team for a major oil companies in MTBE MDL.

Selected as national settlement counsel in the genetically modified rice litigation, where he was tasked with resolving more than 8,000 claims alleging economic losses and billions of dollars in damages. Instrumental in bringing together lawyers for state and federal claimants to craft a global settlement that effectively ended the litigation.

Reversed a "drive by" nationwide class action brought against an auto manufacturer.

Obtained a denial of class certification in a St. Louis case alleging fraud in taxicab charges.

Obtained a denial of class certification in the Southern District of New York involving groundwater contamination.

Litigated matters involving both air and water claims, under a variety of federal and state statutes, as well as common law personal injury and property damage claims.

Retained by an oil company to defend government and neighborhood claims brought over a 1988 release of more than 100,000 gallons of gasoline from a pipeline.