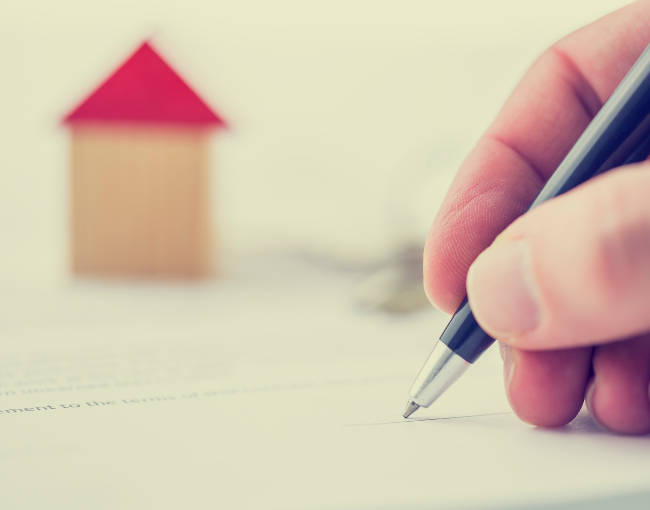 On May 24, 2018, President Trump signed into law the Economic Growth, Regulatory Relief, and Consumer Protection Act (the “Act”). The Act will make a variety of changes aimed at reducing the regulatory burden on small and mid-sized banks, including changes to regulatory requirements imposed under the Dodd Frank Wall Street Reform and Consumer Protection Act of 2010 (“Dodd Frank”).

Under the Truth in Lending Act (“TILA”) as amended by Dodd Frank, a creditor cannot make a residential mortgage loan unless the creditor makes a reasonable and good faith determination that the consumer has a reasonable ability to repay the loan. However, if a loan constitutes a “qualified mortgage” under TILA, the loan is deemed  to comply with such ability-to-repay requirements.

Previously, to be considered a “qualified mortgage” under TILA, the residential mortgage had to meet nine separate criteria, including requiring the lender to document the verification of customer income in accordance with Appendix Q to Regulation Z. Through the new Act, Congress provided a safe harbor provision that is less onerous for community banks to follow.

Specifically, the Act creates a safe harbor provision within TILA under which loans meeting the following requirements are considered “qualified mortgages,” and therefore, are deemed to be in compliance with the ability-to-repay requirements:

Exemption from appraisal requirement in rural areas. The Act provides an exemption from federal mortgage loan appraisal requirements, which should help facilitate smaller real estate transactions in rural areas where an appraiser may not be readily available. Under the Act, for a loan secured by real property that is a “federally related transaction” (including a real estate-related financial transaction conducted by a federally regulated institution that would normally require the services of an appraiser), an appraisal is not required if:

For purposes of this exemption, a “rural area” refers to:

After making such a loan, the originator may not transfer legal title to the loan unless:

Note that the exception to the appraisal requirement does not apply when the loan is considered to be a “high-cost mortgage” under TILA, or when an appraisal is required separately by a federal financial institutions regulator.

The exception is clearly directed at residential mortgage loans, as evidenced by its references to “mortgage originators.” Based on the text of the Act, it appears that the exception is not intended to apply to commercial loans.

The Act also provides regulatory relief under the Home Mortgage Disclosure Act of 1975 (“HMDA”) for certain insured depository institutions and insured credit unions. Prior to Dodd Frank, HMDA required lenders to itemize residential mortgage loan data in a number of ways, including according to census tract, income level, racial characteristics, age, and gender, among others. Dodd Frank added more itemization requirements to HMDA, including itemization of residential mortgage loans based on criteria such as loan fees and rates, collateral value and various types of contract terms. The Act provides an exemption only from these additional loan data itemization requirements that had been implemented by Dodd Frank.

Further, the exemption is not available for any insured depository institution that received either:

The Act also modifies the TILA requirements governing when a financial institution must set up an escrow account for a borrower’s payment of insurance and taxes. Under the Act, the Consumer Financial Protection Bureau is to adopt a regulation providing that insured depository institutions and insured credit unions making first lien loans on a borrower’s principal dwelling do not have to set up escrow accounts for the borrower’s insurance and taxes if:

No wait for lower rates

The Act also alters a TILA requirement that previously required certain mortgage-related disclosures, including the loan’s APR and monthly payment amount, to be made to a consumer not less than three business days prior to consummation of the transaction. Previously, this three-day requirement applied to all offers of credit—even when the lender was extending a second offer of credit to a customer with a lower rate and had already complied with the initial three-day waiting period for the prior offer with the higher rate. This requirement had the effect of delaying the closing in the instance where a lender made more than one offer of credit to the consumer, even if the later offer was the same as the prior offer except for having a lower rate.

The Act relaxes this requirement by removing the three-day waiting period when a creditor extends a second offer of credit to a consumer and the second offer has a lower APR than the original offer. The disclosures must still be made in such a case, but they do not need to be made three business days before consummating the transaction.

For more information about the other areas affected by the Dodd Frank rollback, read the other posts in this series. Part one covers capital requirements, financial reporting and the Volcker Rule; part three covers remaining provisions that could impact community banks, including exam cycles, customer identification requirements, new federal savings association powers and "brokered deposit" exemptions.

Garrett Fischer is an associate in Thompson Coburn’s Banking practice; summer associate Tyler Ash contributed to this post. If you have any questions concerning the Act, please contact them.