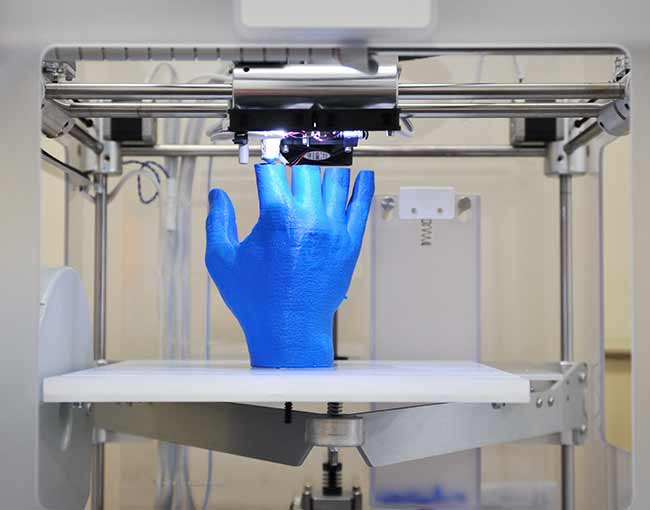 Can 3D printing technology be stolen by sound recorders?

The growth of 3D printing seems to know no bounds. First developed in the ’80s, 3D printing, also known as additive manufacturing, began as a method for rapidly prototyping products during research and development. But with the evolution of the technology, 3D printing is developing into a next-generation manufacturing technology for a variety of products, allowing products to be manufactured from thermoplastics, plastic composites, metals, alloys, ceramics, and even food. Once a tool used solely by businesses, the cost of 3D printing has decreased to the point where the average consumer can use the technology.

There is little question that 3D printing is an important part of technology and manufacturing development. But a recent study may raise some concern over the security of that technology in an unexpected way. A new study from the University of California, Irvine, finds that 3D printing designs may be reverse engineered using nothing more than the sounds emitted by 3D printers.

One of the reasons 3D printing technology is so important is the ease with which the technology can be used to manufacture products. So long as you have a 3D printer and the source code for the computerized design for the product, anyone can create 3D printed products. And since 3D printers are not usually terribly unique in and of themselves, the value in 3D printing technology tends to lie in the product designs. The 3D product designs are digital files and can be copied, downloaded, taken or sent throughout the world quickly and easily. Accordingly, companies that spend time and money developing 3D printed products usually invest heavily in protecting their product designs from discovery. Such companies commonly take steps to protect the computer systems on which those designs reside with architectural and technological security measures. They encrypt the designs, limit access, and keep them stored in secure facilities. But new research indicates that such protections may be insufficient.

Researchers at the University of California, Irvine’s Advanced Integrated Cyber-Physical Systems Lab recently demonstrated that the acoustic signals emitted by a 3D printer convey unique information about the precise movements of the printer’s printing nozzle. This acoustic information, in the hands of one skilled in 3D printing, was shown to allow the product designs at issue to be reverse-engineered. The recordings were so useful in fact, that researchers in the University of California, Irvine lab, using only audio recordings of 3D printers, were able to recreate key-shaped objects with nearly 90 percent accuracy.

While this form of espionage is not likely to be a widespread problem anytime soon, it should be a concern as 3D printing grows in popularity and usefulness. Especially since employees working with 3D printers could potentially steal product prototype designs or novel product plans with nothing more than a sound recording app on their smartphone. Companies and research facilities alike should review their security protocols to ensure that smart phones, and other audio recording devices, are not allowed near 3D printers, at least while key products or technology is being printed. Another possible solution is to incorporate white-noise machines or other acoustic baffles around 3D printers to prevent the recording of 3D printer activities.

It should also be noted, that even before this research, the noise accompanying 3D printers was seen as unnecessarily loud and, frankly, annoying. 3D printer manufacturers have been working for some time to address this concern by making quieter 3D printers. Thus, this issue may be resolved in some respects by the industry in response to other complaints. But it is still worth noting that 3D printer noises can be more than annoying, and may be disclosing key information about the design of products being printed.