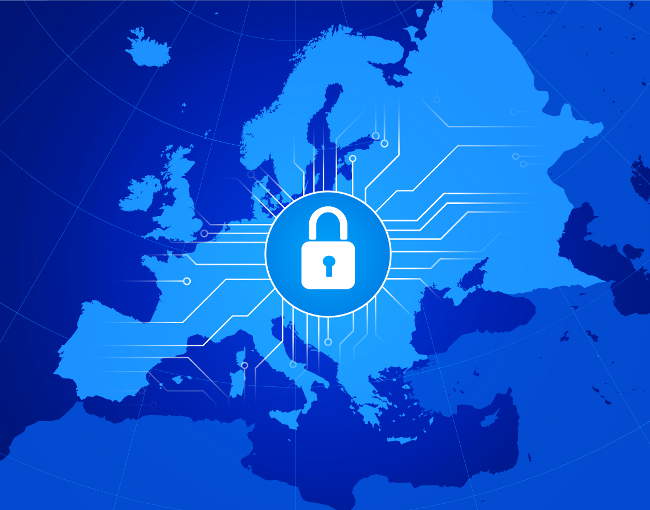 As President Trump settles into office, his administration has issued a flurry of executive orders aimed at reshaping the U.S. government. One order in particular may have a broader impact on global business than originally thought, particularly as it relates to the transfer of personal data from EU citizens to the United States.

This clash of ideologies threatens an already shaky data transfer relationship between the EU and the U.S. and could lead to problems for businesses and law enforcement alike.

The Order and its provisions

On January 25, President Trump signed his “Executive Order: Enhancing Public Safety in the Interior of the United States.” This Order principally addressed the withholding of federal funds from so-called “sanctuary cities”— U.S. cities that have refused to deport or respond to illegal aliens pursuant to federal law. But a closer review of the Order may raise separate concerns for global and foreign businesses.

Section 14 of the Order states:

Sec. 14. Privacy Act. Agencies shall, to the extent consistent with applicable law, ensure that their privacy policies exclude persons who are not United States citizens or lawful permanent residents from the protections of the Privacy Act regarding personally identifiable information.

This section directly references the Privacy Act of 1974. This Act was established to “balance the government’s need to maintain information about individuals with the rights of individuals to be protected from unwarranted invasions of their privacy stemming from federal agencies’ collection, maintenance, use, and for understanding its remedial purposes.”

Although the Privacy Act of 1974 as a matter of law only applied to U.S. citizens and Lawful Permanent Residents, a 2007 policy, issued by the DHS under then-President Bush, extended the privacy protections of the Privacy Act to visitors to the United States as well as individuals who were in the country illegally. President Trump’s Order reversed this policy. While the term “Agencies” is not defined in the Order (or the codes referenced in the Order), the broadest reading of the Order appears to remove Privacy Act protections from all foreign nationals in the United States who deal with a governmental, administrative, or law enforcement agency of the federal government. By removing these protections, illegal aliens and authorized visitors alike may have their personal information collected and shared throughout the U.S. government without regard to the protections afforded by the Privacy Act of 1974.

The Order includes a section that requires all government agencies to “[m]ake use of all available systems and resources to ensure the efficient and faithful execution of the immigration laws of the United States,” potentially increasing U.S. government sharing and distribution of personally identifiable information belonging to potentially removable aliens. In conjunction with the Order’s removal of Privacy Act protections for all non-citizens or lawful permanent residents, concerns have arisen as to the protections afforded to personally identifiable information of foreign nationals in the United States.

The Order raises concerns around potential conflicts between the protections afforded to EU citizens under the General Data Protection Regulation, the Privacy Shield (and similar legislation), and the new laws and practices of the U.S.

Among other provisions, the GDPR:

The most recent changes to the GDPR (set to take effect in March 2018) have been interpreted to extend these protections very broadly — even to information collected wholly outside of the EU by entities that have directed their businesses to EU citizens.

Because President Trump’s order potentially applies to any non-citizen or lawful permanent resident — including EU citizens who are in the United States — any EU citizen’s personally identifiable information collected by an agency (including information found on passports or other identification collected by Border Patrol) would no longer be subject to Privacy Act protections. It could potentially be collected, viewed, and disseminated without regard to those protections. And EU citizens may not be able to view such personally identifiable information collected from such agencies or have any recourse to correct or supplement any incorrect, misleading, or missing information.

The international and business implications of this scenario could be significant. The United States, Europe and Switzerland recently negotiated and enacted the EU-U.S. Privacy Shield, and its closely related U.S.-Swiss Privacy Shield, as a means of harmonizing U.S. privacy practice (especially in the law enforcement arena) with the protections afforded under European law. The Privacy Shield framework was negotiated as a means to make digital commerce between the US and Europe easier, while ensuring that strict European privacy protections under the GDPR were met.

Despite their implementation, speculation has grown recently as to the sufficiency of these Privacy Shields. Challenges have been filed in the EU by groups concerned that the protections afforded by the Privacy Shields did not go far enough to protect European citizen’s personal information from the US government’s data monitoring and collection efforts. Up until now, the European Commission has rejected many of the criticisms of the structure of the Privacy Shield agreements based on assurances they had received from President Obama’s administration regarding how collected information would be used and distributed. But President Trump’s Order may undermine those assurances. The Trump Administration’s emphasis on immigration reform seems to telegraph a very different relationship with EU privacy concerns and, perhaps, an even quicker end to the Privacy Shield framework.

While the Order itself may not have stricken protections afforded by the Privacy Shields, concerns with this Order and other statements and actions from the new administration could hasten actions to suspend the Privacy Shield. Concerns are heightened by statements like those from a spokesperson for the European Parliament on data protection regulation suggesting that President Trump’s Order may have already breached another privacy agreement between U.S. and European law enforcement (the EU-US Umbrella Agreement).

Because the Executive Order is not legislation and does not come with clear policy guidelines, definitions, or messaging, and because the new administration has been in power for less than a month, it is hard to put this Order into context or to interpret its full ramifications or legal effects. But it is a clear shift from the position of prior administrations. That shift has already been questioned by one official as a possible breach of one EU-US privacy agreement and may run afoul of EU legislation set to take effect next year. This may act to make an already shaky data transfer relationship between the EU and the US even more uncertain — leading to problems for businesses and law enforcement alike.