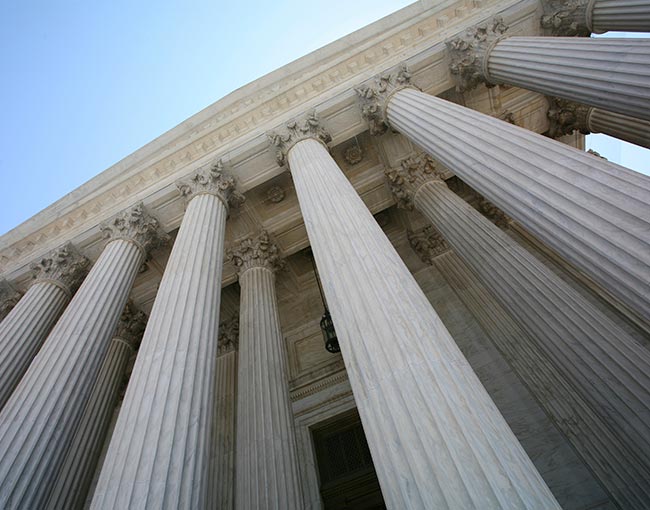 A U.S. Supreme Court decision March 22 stemming from a suit by employees of a pork processing plant in Iowa leaves open key questions about whether a class may rely on “trial by formula” to establish class-wide liability.

In Tyson Foods, Inc. v. Bouaphakeo, the district court had certified a class of employees for alleged violations of federal and state labor laws based on the failure of Tyson to compensate employees for the time required to apply and remove protective gear, and the Eighth Circuit had affirmed. The Supreme Court granted certiorari to review whether the representative evidence used by plaintiffs (i.e., sample data and analysis regarding the time employees spent donning and doffing equipment) precluded certification.

The Court declined to adopt "broad and categorical rules governing the use of representative and statistical evidence in class actions," concluding instead that the answer was case-specific. It held, however, that the evidence in Tyson, which included a statistical average of videotaped observations reviewed by an industrial relations expert, was admissible. The Court’s reasoning focused on the particular causes of action, and the associated substantive law that did not permit denying an employee recovery on the ground that he is unable to provide the extent of uncompensated work merely because employers had violated their statutory duty to keep proper records. Based on this reasoning, class action defendants remain free to oppose the introduction of representative and statistical evidence, unhindered by Tyson. The Court’s decision, moreover, carries two key lessons about how to do so.

First, defendants must focus on the substantive law. The best way to show the “trial by formula” will not suffice to establish class-wide liability is to show that it could not as a matter of law support liability in action by an individual plaintiff. In this respect, class defendants can narrowly frame the Tyson decision as applying to the specific labor-law claims asserted.

Second, defendants should sharpen their focus on evidentiary challenges to the representative and statistical evidence, particularly expert opinions. The Court in Tyson emphasized the fact that defendant had not challenged the statistical validity of plaintiffs’ evidence under Daubert, nor had it sought “to discredit the evidence with testimony from a rebuttal expert.” Had Tyson been able to show that the representative evidence was “statistically inadequate or based on implausible assumptions,” that could have defeated certification.

Note that the Court in Tyson also left open a second question important to class action practitioners that had originally been part of the certiorari petition, namely "whether a class may be certified if it contains members who were not injured and have no legal right to any damages." Tyson ultimately abdicated this argument and reframed the issue on appeal to address whether plaintiffs must demonstrate a mechanism to identify uninjured class members; ensure their presence in the class does not affect the size of any damages award; and ensure that these uninjured class members do not, in fact, recover. Even as to this question, the Court provided no answer. Instead, the Court punted any consideration of the reframed question, as the plaintiff argued it could and would segregate out uninjured class members on remand.

Sharon Rosenberg is a business litigation partner a Thompson Coburn LLP. She can be reached at srosenberg@thompsoncoburn.com or (314) 552-6173. Her more detailed analysis of Tyson Foods may be found here.