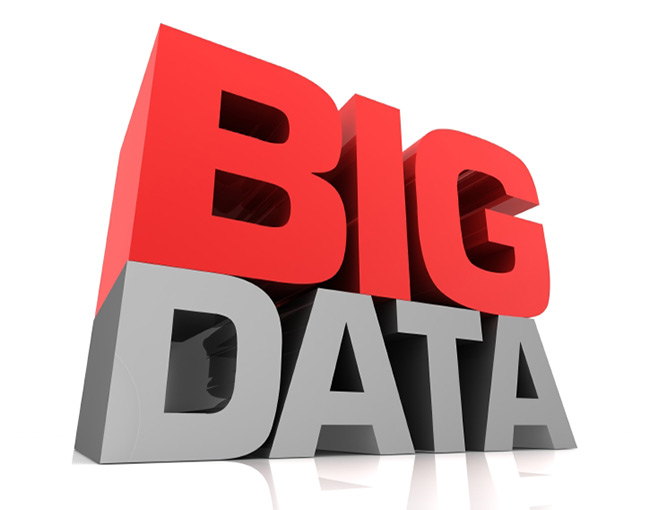 Balancing the data privacy debate: The benefits of big (and little) data

Comments to the White House's recent request for comments on "big data" and how it affects Americans were due April 4, but even before all the comments have been reviewed, we can be pretty sure that, as usual, most business comments will run along these lines: (1) We understand and respect privacy rights, and (2) They can be protected by industry best practices and self-regulation, so there’s no need for new government regulation.

What we are likely to find missing in the comments is a full defense of data collection, use, and transfer. Privacy advocates like the Center for Democracy and Technology have so far effectively won the agenda-setting contest on privacy, and the so-called Big Data industry is on the defensive. The data privacy policy discussion, however, needs to hear more from data use advocates. Theirs is an essential and largely neglected voice in policy debate on this important issue.

As Professor Don Corrigan of Webster University and I recently noted in a paper we presented on April 4 at Webster's fifth annual Media Trends conference at its Geneva campus, "Big Data: Orwellian Abuses Versus Benign Benefits," there are two sides to the privacy debate. And both sides need attention.

Even though, as shown by Edward Snowden's revelations, business data gathering falls far short of the intrusiveness of government data collection, data collection by advertising, marketing and data research firms may also be unsettling to individuals because of techniques like behavioral advertising and data brokerage. Without proper controls and disclosures, such techniques could lead to Orwellian abuses. That is the side of the issue that’s relentlessly pounded by CDT and other consumer advocacy groups.

Privacy policy, however, is inherently about balance. Almost every aspect of modern civilization interferes with personal privacy to some extent — requirements for drivers' licenses, Social Security registration, license plates, tax returns, disclosure of addresses and phone numbers, and even, in today's world, walking on the sidewalk in a city with surveillance cameras.

The real privacy policy question, in almost all cases, is not whether a privacy interest exists in a particular situation, but whether, in that situation, privacy interests trump the benefits of the use of the information. Put simply, what are the benign benefits of data collection, and how do they weigh against the perceived privacy problems?

Balance is always the key issue. The NSA surveillance debate pits claims of security against claims of privacy, and resolution of that issue will ultimately depend on how those two competing interests are resolved. Chancellor Angela Merkel of the Federal Republic of German, in response to the Snowden revelations, called for “proportionality" between danger and the means we choose to counter that danger.

Business data collection and use also raises “proportionality” issues. Consumers have concerns about how their data are collected, and the uses to which the collected data can or will be put. But business data collectors assert that their practices bring benefits to society, and even to those from whom data is collected. Some studies do confirm that consumers recognize the benefits in certain situations. While these benefits have often been neglected, or assumed not to exist, they deserve serious study by academics and policy makers when considering privacy issues.

Data are information, and information is the building-block of any knowledge-based society. In fact, it’s essential to our increasingly knowledge-based economy. Data collection is particularly relevant to those who work in or study the news media, because news-gathering (a form of data collection) is the most basic and essential task of the media business. At many levels, the collection, study, use, and transfer of data involving individuals carry significant benefits for society.

The collection and study of population data, in national censuses and social science research, for example, helps us understand our world and its needs, and allow us to effectively tailor political, social, and economic action to those needs. Aggregate economic data, maintained at national, regional, and industry levels, supports millions of political, social and economic decisions every day.

Journalists, academics, and public interest researchers similarly rely on data collection all the time. One of the greatest advances in journalism in recent decades has been the blossoming of computer-assisted reporting, in which investigative reporters obtain, correlate, and analyze databases, and report on circumstances that they could not have uncovered without detailed electronic data and modern computer analysis.

For many in the trenches of organizational management, a suggestion that they forgo the collection and analysis of data is akin to a command for poor or suboptimal efforts to accomplish their organization’s mission. The Dallas Museum of Art, for example, recently began offering free memberships to those willing to share some data. The program reportedly tripled the museum’s membership, and delivered about two million records showing how visitors use the museum. The museum is learning which galleries are most popular, which events attract visitors from neighborhoods underrepresented in the membership, and the rate of repeat visitors. The data, all voluntarily and knowingly provided, can help the museum better accomplish its mission.

Whether the user is a government, an academic researcher, a journalist, or a business, data collection and analysis can bring many benefits. As Justice Anthony Kennedy noted in the U.S. Supreme Court’s 2011 decision, Sorrell v. IMS Health Corp., even “dry information” such as that found in electronic databases is an essential ingredient in the communications that the First Amendment to the United States Constitution protects. Data are facts, and Justice Kennedy stressed that “Facts … are the beginning point for much of the speech that is most essential to advance human knowledge and to conduct human affairs.”

The benefits of disclosure

That we should look at both sides of data collection and disclosure is no revolutionary proposition. Indeed, in his March 2014 testimony submitted to LIBE, the European Parliament’s civil liberties committee that has actively sought to protect privacy rights of European citizens, Edward Snowden stated, at the beginning of his statement, “The first principle any inquiry must take into account is that despite extraordinary political pressure to do so, no western government has been able to present evidence showing that such programs are necessary.” Thus, even Snowden, the international face of privacy advocates, implicitly acknowledges that a proven necessity could justify intrusions, and that privacy laws must recognize a balance.

It is surprising that the current data privacy debate focuses so myopically on consumer privacy interests, and often neglects or glosses over the benefits of data collection. Some business groups, including the U.S. Chamber of Commerce and the Software and Information Industries Association, have submitted studies focusing on the benefits to innovation and progress brought about by data collection and use. Submissions like this cannot help but enhance and help the privacy policy debate.

Recognition of benefits in data collection and use will not necessarily mean that privacy interests cannot be addressed. But understanding those benefits can help legislators strike the right balance. In particular, it could influence the debate between the European model of privacy protection, which imposes blanket prohibitions on certain kinds of data processing, absent express consent (i.e., opt-in), and the United States model, which generally allows collection on an opt-out basis, and focuses more on addressing the misuse of information that is collected.

Put simply, the facts regarding the benefits of commercial data collection and use need to be more rigorously examined and analyzed, and balanced fairly with personal privacy interests.