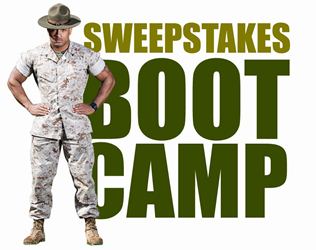 “Win a trip to Tahiti.” “Travel to a NASCAR Race.” “You May Win a Fishing Trip to Canada.” “Win a Trip to Outer Space on the Virgin Galactic.” All of these titles are guaranteed to attract attention, particularly that last option, which could send your contest entrants over the moon with excitement.

It has been my experience that most people like to travel — and even more people like the idea of traveling. That’s one of the reasons that travel is so often used as a prize in a sweepstakes, contest, or incentive program.

Travel prizes can range from a visit to the local amusement park to a trip around the world. What these prizes have in common is that they are all luxuries — opportunities that the winner may not have, or may not want to purchase on their own. For some winners, these prizes may be opportunities of a lifetime. For most, they can generate memories that will last for years.

However, a travel prize can bring along with it a number of concerns that are not usually issues in non-travel prizes.

For example, instead of describing the prize as “airfare and hotel accommodations,” it is much clearer to explain that the prize is for economy class airfare including the cost of one piece of luggage, and double occupancy accommodations in a hotel with at least a 3-star AAA ranking.

In addition, you need to make certain that the prize being offered is in fact the trip the winner receives. If the sponsor is not arranging all of the details, but instead is relying on a travel agent or other entity to arrange the trip, or if another company or organization is supplying the prize, there should be a prize provider agreement between the sponsor and the firm supplying the prize.

Another issue raised by travel prizes is the requirements that apply to the winner’s travel companion. That topic will be the subject for an upcoming blog in the near future.

This post is part of our 2013 Sweepstakes Boot Camp series.
Click here to see all Boot Camp posts.