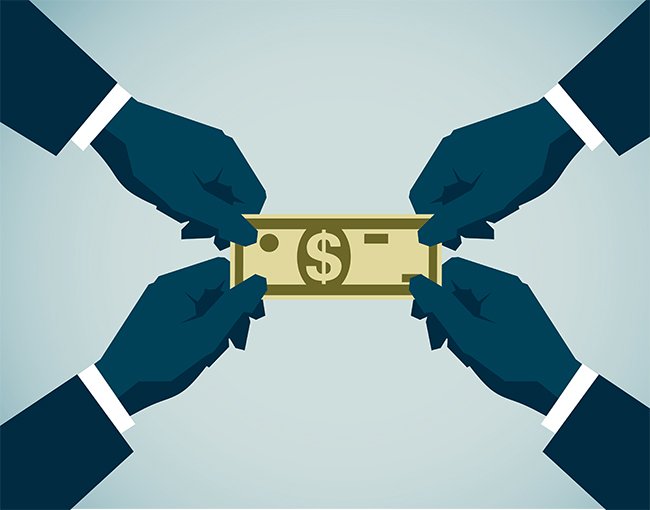 A process by which the House of Representatives returns a Senate-originated piece of legislation that violates the House's revenue-raising authority.

As a reminder of last month's Wonkology, "blue slip" has an entirely different meaning in the Senate.

The Constitution grants Congress the "power of the purse," which includes both the power to tax and the power to spend. Article I, Section 7 provides that all legislation that raises revenue must originate in the House. The Founders borrowed this concept from the Parliament of the United Kingdom. Because the House was viewed at the time as the body most directly representative of the people and because revenue-raising authority is so powerful, the Founders chose to vest that power in the House. As you probably know, House-originated bills are identified by "H.R." preceding the bill number, while Senate bills are identified by the preceding "S." Appropriations bills typically start with an "H.R." precisely because revenue-raising bills must originate in the House.

The House and Senate disagree over what constitutes "revenue raising," but the Senate usually defers to the House. Once the House passes a bill with revenue provisions, the Senate is free to amend the bill with additional revenue-related measures.

The Supreme Court has ruled that the House's origination power includes bills that directly result in raising funds to be spent on government operations. But the House has enforced its authority even more broadly. When the Senate violates this custom by passing its own bill that includes revenue-raising, the House can enforce this authority through the issuance of a blue slip. As with blue slips in the Senate, an actual blue piece of paper is also used in the House. When returning an offending piece of legislation to the Senate, the House attaches the blue slip to communicate the violation. Blue slips are traditionally filed by the Chair of the House Committee on Ways and Means.

This past summer, the Senate spearheaded a bipartisan plan to sanction Iran. House Ways and Means Chair Brady (R-TX) blue slipped the measure because of language added late in the process that violated the House's origination power. While the offending component was never publicly disclosed, this particular conflict between the chambers was later resolved when the House incorporated the Senate's Iran language into a broader sanctions bill - covering Iran, North Korea, and Russia - that originated in the House and that the Senate later passed before the August recess.