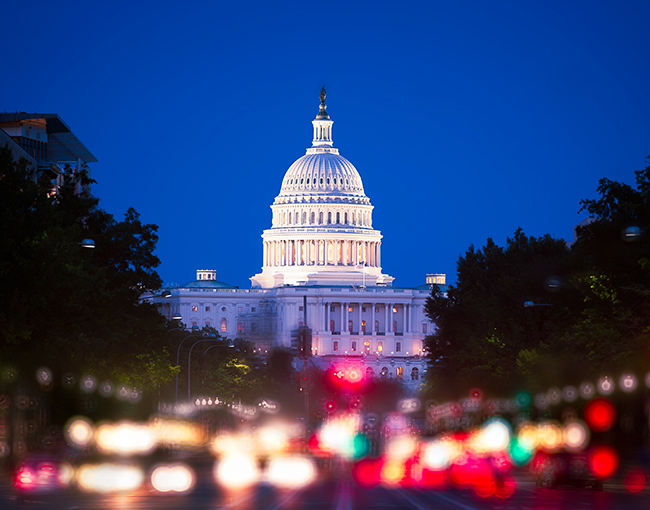 Filibuster: The use of obstructive tactics to prevent or delay a measure from coming to a vote in the Senate.

The famed Senate filibuster appears nowhere in the Constitution. And it is not even written in law. Instead, it is a procedural rule of the Senate that has become a mainstay of the institution since its first use in 1837 but could soon be extinct.

A simple majority of senators cannot end debate on legislation, and senators have the right to speak on the floor for as long as they wish. Every bill that comes up for consideration is potentially subject to two filibusters: one on the motion to proceed considering the bill, and one on ending debate on the bill itself (i.e., cloture). To invoke cloture, 16 senators present a motion to end debate, which is almost never voted on until two calendar days have passed. Under the current version of the rule, 60 senators must then vote to finalize cloture, which limits the post-cloture debate to a maximum of 30 hours and sets the timetable for a final vote.

The filibuster reflects the individual power of senators, a power that their House counterparts do not enjoy. The mere prospect of a filibuster can dissuade a Senate Majority Leader from bringing certain bills to the floor. Even if a group of senators wants to filibuster and cannot block a cloture motion, they can still delay the legislative process by forcing cloture votes, each of which includes a two calendar day waiting period. This effectively pauses the Senate's work and prevents the chamber from moving to other legislation.

We Didn't Start the Fire

In 2013, then-Majority Leader Reid (D-NV) weakened the filibuster by lowering the threshold of votes needed to end debate on executive and judicial nominees from 60 to 51. This is known as the "nuclear option." Majority Leader McConnell (R-KY) followed suit in 2017 and triggered the nuclear option for Supreme Court nominees, allowing Justice Gorsuch to be confirmed without a filibuster. Now, with only 51 votes needed to confirm a Supreme Court justice, Senate Republicans look likely to have the votes necessary to confirm Judge Amy Coney Barrett this fall to replace the late Justice Ruth Bader Ginsburg.

There have been bipartisan calls to reform or abolish the filibuster amidst critiques that it is undemocratic and allows for minority rule. Perhaps the most prominent voice is that of former President Obama, who called for abolishing the filibuster to pass voting rights legislation during his eulogy of former Representative John Lewis. President Trump has also complained about the filibuster. Proponents of the filibuster argue that it is a core feature of the Senate, forcing more deliberation and greater compromise.

If Democrats win the Senate in November, they may abolish the filibuster altogether (though the party is not currently unified in this effort). No matter what happens on Election Day, the erosion of the filibuster in recent years has concentrated more power in the Senate majority - particularly the Majority Leader - and its days may be numbered.