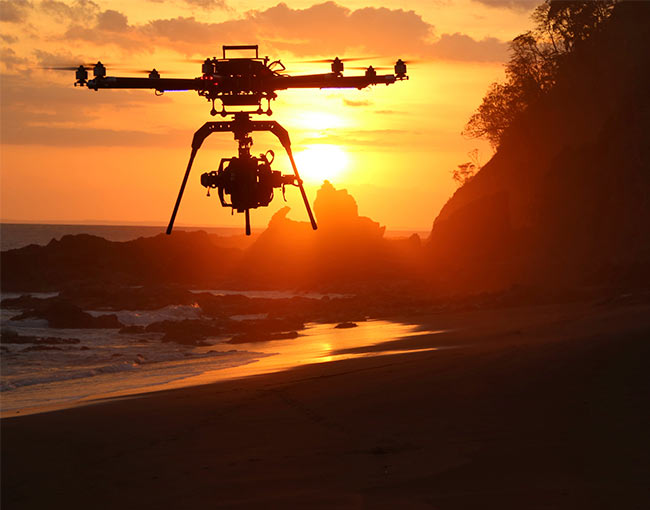 The Senate Appropriations Subcommittee on Transportation, Housing, and Urban Development and related agencies held an Oct. 28, 2015 hearing on “Integrating Unmanned Aircraft Systems (UAS) into the National Airspace System (NAS)” to examine safety and privacy concerns and expedite the registration process while educating users.

The following witnesses testified at the hearing:

In her opening statement, Subcommittee Chair Susan Collins (R-ME) listed a number of safety concerns she has noticed with the rise in drone usage. She believes that as drones become more common, the number of harmful incidents will only increase. Although she recognized that the use of UAS will present unique challenges, she also acknowledged the benefits they could provide to many industries. For example, UAS can help battle fires, detect chemical and biological hazards, and navigate other areas that are too dangerous for people to enter. In addition, she mentioned that drones are projected to have an economic impact on many different industries, including agriculture, filmmaking, and transportation. Lastly, she mentioned her privacy concerns with UAS. As the FAA moves forward in its rulemaking process, Collins emphasized the need for collaboration between local, state and federal officials.

Ranking Member Jack Reed (D-RI) stated that UAS have become an incredible phenomenon and the subcommittee recognizes the way UAS are changing the way American businesses operate. However, the explosion of UAS is creating new challenges according to Reed, because anybody can fly without appropriate training or oversight by air traffic controllers.

Administrator Huerta reassured members of the Subcommittee that the FAA’s efforts will lead to the safe integration of drones into the NAS. He mentioned that the Department of Transportation (DOT) has created a task force, composed of the UAS industry and the federal government, to develop recommendations for a UAS registration process. The group will advise the DOT on which aircraft should be exempt from regulation and will attempt to streamline the UAS registration process.

Rogers mentioned that he represents the University of Alaska Fairbanks’ Unmanned Aircraft Systems program and its FAA test site. Its highest priority is the safe integration of UAS into the NAS. In order to expedite the review of exemption applications, he suggested that the applications be reviewed by test sites, with oversight by FAA reviewers. He believes this will not only expedite the process but also increase the level of scrutiny of each application.

Captain Canoll stated that the ALPA supports development of UAS technology as long as UAS are integrated safely, thoughtfully and deliberately into the NAS with an understanding of the risks as well as plans to mitigate those risks. He mentioned that ALPA is actively working with government and industry to develop standards for UAS. Cannoll recommended that the FAA address all UAS, including recreational and noncommercial ones, to ensure safety. He recalled that many incidents have involved noncommercial drones and therefore they should not be exempt from regulations, and he urged members to consider criminal prosecution for anyone recklessly flying a UAS.

In the question and answer session, Sen. Collins asked the FAA administrator if it was difficult to determine the perpetrator of an incident and if that was the rationale for requiring registration. Administrator Huerta replied affirmatively stating that determining the operator is one of the greatest challenges in enforcing the safety of the airspace. He stated that throughout the registration process the agency can educate operators on the rules of the air.

Sen. Reed mentioned that a lot of these issues were national and local issues. He asked if there was coordination with local law enforcement. Administrator Huerta replied that his agency has been reaching out to law enforcement and maintains a regular amount of communication with them and their associations. He acknowledged that there is a lot of overlap between the issues, such as tracking down operators of UAS, and educating the public on the penalties of flying in no-fly zones.

Sen. Feinstein (D-CA) told Huerta that she did not share his excitement over drones. She sees the potential for dramatic harm if they fall into the wrong hands. She believes that without regulation it is only a matter of time before a commercial airliner crashes. She asked him if additional regulatory authority from Congress was necessary to establish safety requirements for all drones. Huerta replied that he understood her concerns and assured her that his agency is working to ensure safe integration of drones into our NAS system.

The FAA has provided exemptions for certain drones but it is trying to come up with a regulatory framework that encompasses all potential safety hazards. Sen. Blunt (R-MO) asked if colleges and universities should offer training on flying drones. Rogers replied that he has noticed an evolution in higher education aviation programs, that institutions are taking a look at unmanned programs and that some community colleges are already creating these programs. He also mentioned that the industry is searching for candidates with backgrounds in drone flying.

If you have any questions regarding the content of this posting or use of UAS in your business please contact Sean McGowan, Rob Kamensky, or Tyler Black.