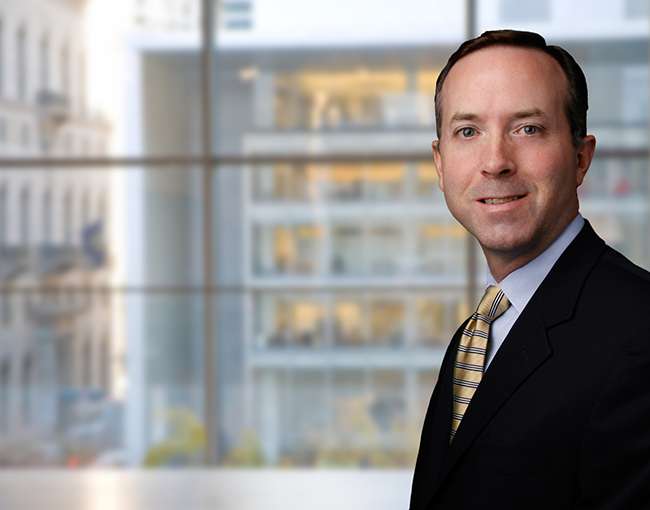 With 25 years of experience in the transportation industry, Sean helps his clients navigate through and maintain compliance with the complex web of federal regulations affecting aviation, rail, trucking, maritime and export operations. He is co-chair of the firm's UAS (Drone) Practice Group.

Sean also counsels clients on U.S. federal regulatory compliance issues associated with the exportation of controlled products, technology and associated services and advises clients on the movement of hazardous materials by all modes of transport. He practices before a variety of federal regulatory agencies, including the Department of Transportation (DOT), the Federal Aviation Administration (FAA), the Federal Maritime Commission (FMC), the Surface Transportation Board (STB), the Department of Commerce (DOC) regarding Export Administration Regulations (EAR) matters, the Department of State regarding International Traffic in Arms Regulations (ITAR) matters, and the Department of Homeland Security (DHS).

Episode 4: Public and government use of drones December 5, 2019

FAA provides clearer skies for educational use of drones May 20, 2016

Drones on campus: What higher ed needs to know February 22, 2016

"It's A Bird? It's A Plane? It's A Drone!: Unmanned Aircraft on Campus";
NACUA virtual seminar November 2015

"International Trade Law: Export Control Reform: What Does It Mean or Not Mean For Your ITAR and/or EAR Exports";
September 2013

What U.S. businesses need to know about new restrictions on Huawei and the ICT supply chain

NAFTA, tariffs and trade wars: Are you ready to do battle in Missouri?