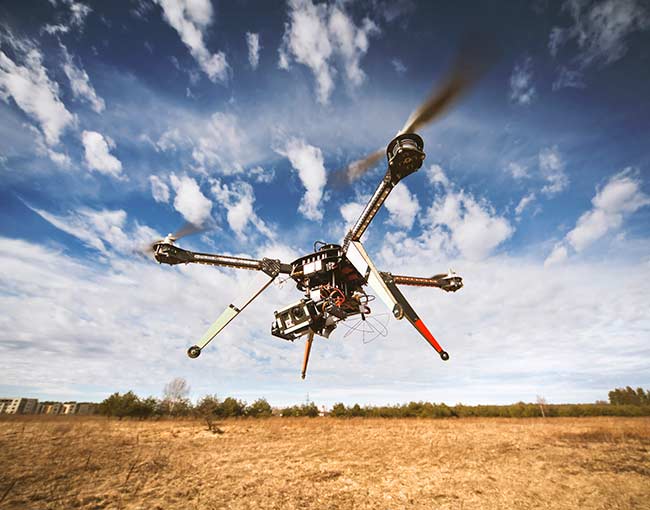 Growing interest in unmanned aerial vehicles (UAV or drone) has caused a surge in the creation of technologies and systems meant to disable or destroy them. This article focuses on the legal and regulatory implications of these emerging anti-UAV technologies. The government will likely continue to pursue unsafe drone operators, but the specifics as to how that will happen and who will be responsible will vary due to the complex intersection of the regulatory and legal frameworks.

The Cipher Brief: Concerns about malicious use of UAVs have been rising for some time. How has the fear of malicious drone use changed the regulatory environment in regards to UAVs?

Tyler Black & Sean McGowan: Halting inadvertent or malicious unmanned aerial vehicles operations, especially around airports, aircraft, or sensitive facilities, has become an important government focus during the general integration of UAV into the national airspace system. While the Federal Aviation Administration (FAA) did not specifically address anti-drone countermeasures in its 2015 small UAV notice of proposed rulemaking (NPRM), the FAA has begun to work with other agencies (such as the Department of Homeland Security) and companies in the private sector to develop technology that can effectively keep drones from causing a safety or security incident. After numerous major public (and, thankfully, harmless) drone incidents have occurred in sensitive areas, such as the White House and on approach paths to airports, it is clear that federal agencies, ranging from the U.S. Secret Service to the Federal Communications Commission (FCC) and FAA, are giving drones their full attention. This heightened awareness may also open the door for regulatory accommodation of employing more counter-UAV technology going forward.

TCB: Concerns about the malicious use of UAVs has prompted the creation of a variety of systems meant to disable or destroy UAVs that are acting in a hostile manner. Are there any legal or regulatory issues that may complicate the use of counter-UAV technology? If so, how is the regulatory environment changing in regards to the creation of these technologies?

TB & SM: Yes, there are legal and regulatory barriers to many systems designed to stop unmanned aircraft. What laws come into effect largely depends on the type of systems employed. Broadly speaking, there are three main approaches to defeat a drone in flight: (1) target the operator; (2) target the drone; and/or (3) target the communications or navigation technology used by the operator and the drone.

This article was originally published on The Cipher Brief website.