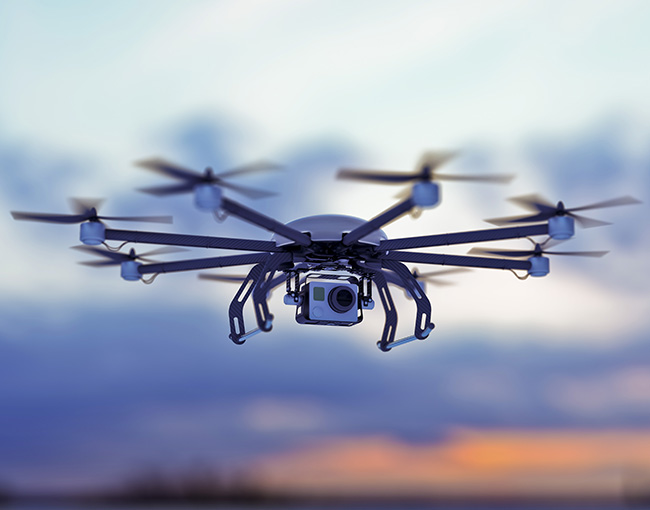 On April 1, the Micro Unmanned Aircraft Systems (“UAS”) Aviation Rulemaking Committee (“ARC”) made its final report of recommendations to the Federal Aviation Administration (“FAA”). The FAA tasked ARC to recommend a regulatory framework for the classification and operation of micro UAS in the National Airspace System (“NAS”). Previously, the FAA had considered incorporating a micro UAS classification into the Small Unmanned Aircraft Systems Notice of Proposed Rulemaking (“Small UAS NPRM”), published on February 23, 2015. The Small UAS NPRM would, among other changes, impose UAS operational requirements in a new part 107 of the Federal Aviation Regulations. In the NPRM, the FAA considered whether a small UAS should be further defined as a micro UAS if it weighed no more than 4.4 pounds (2 kilograms) and was constructed of frangible materials “that break, distort, or yield on impact so as to present a minimal hazard to any person or object,” entitling it to eased regulatory requirements. Instead of folding micro UAS requirements into the Small UAS NPRM, however, the FAA has decided to further engage UAS industry stakeholders prior to undertaking additional rulemaking for classification and operation of micro UAS.

ARC was tasked with considering a performance-based standard permitting micro UAS operation over people not directly participating in the UAS flight, which the FAA would then rely on to promulgate an enforceable rule. ARC has departed from a strict definition for micro UAS at less than 4.4 pounds and proposed a complicated risk-based injury approach for all small UAS. The group has recommended a four-category structure to capture the different types of UAS and their operations. Except for Category 1, a micro UAS would be classified and subject to requirements based on its impact energy profile. Micro UAS more likely to cause serious bodily harm or death (using a metric called the Abbreviated Injury Scale (“AIS”)) would be subject to more stringent requirements and safeguards. The AIS was developed by the Association for the Advancement of Automotive Medicine (“AAAM”), which defines the AIS as “an anatomically based, consensus derived, global severity scoring system that classifies each injury by body region according to its relative importance on a 6-point ordinal scale (1=minor and 6=maximal).” See https://www.aaam.org/abbreviated-injury-scale-ais/.

Category 2 UAS are those weighing greater than 250 grams but determined, following impact energy testing, to pose no more than a one percent chance of serious injury (i.e., AIS level 3, with an estimated impact energy measurement of 12 J/cm2). Experts have estimated many UAS weighing in the range of 4-5 pounds would qualify under this Category, depending on design features and flight accessories. Manufacturers would have to provide notice to consumers of the categorization and a certification of the testing it did to measure probable failure modes and impact energy thresholds. Manufacturers would also have to provide sufficient operating manuals to govern safe flight, in addition to any proposed requirements in part 107 that apply. Operators would not be permitted to fly Category 2 UAS closer than 10 feet laterally and 20 feet vertically from people on the ground and must not create an undue hazard from its flight.

Category 3 UAS are those that present a less than 30 percent likelihood of AIS level 3 or greater injuries from flight failure overhead. As with Category 2 aircraft, industry standards will establish testing measures to determine impact energy that can be expected when there is a flight failure. Manufacturers of Category 3 UAS are expected to consider materials and components that would reduce potential collateral injury to people on the ground. These UAS would be restricted from flights over dense gatherings of people but could operate over people in closed-site settings or if the overflight is incidental. Such flights would be subject to the added restrictions of Category 2 and part 107.

Category 4 UAS also include those that present less than 30% likelihood of AIS level 3 or greater injuries, and have many of the same certification, notice, and testing requirements as Category 3 UAS. However, Category 4 UAS are permitted to operate over people if operators follow a documented risk mitigation plan developed by the manufacturer. These plans include the operational limitations of Category 2, part 107, provisions for local coordination, and special pilot training in accordance with standards that will be developed later.

While there are risk mitigation benefits to this multi-category, impact energy approach to small UAS, such a radical departure from a simple UAS weight-based approach will likely be confusing for the average drone user. If this ends up being the FAA’s approach to micro UAS, the agency and the UAS industry will have a great deal of work to do to educate and notify consumers about UAS categorization and any accompanying operational limitations. Further, the report does not elaborate on whether the Category changes if user modifications to a UAS alter the impact energy profile (when, for example, an individual modifies an existing micro UAS by adding a parachute system or building other components onto the UAS).

The ARC report did not address privacy, the role of non-retail (home-built) UAS manufacturers, or many other issues associated with small UAS operations. Nor does the report appear to recommend lowering the burden for UAS operators for any of the Categories below what part 107 will require. However, ARC recommended the FAA reduce some of the pilot testing burden anticipated in proposed part 107 by eliminating the in-person testing requirement for UAS operators.

As those in the UAS community react to this potential new framework for smaller UAS, businesses that use drones will have to consider the implications of using each category of micro UAS should this framework become adopted. Meanwhile, the FAA is set to finalize the Small UAS NPRM sometime in the next few months, but likely not with a special micro UAS provision. Any rulemaking action on ARC’s proposals would come potentially years later. It looks like commercial drone users have a while to wait yet for regulations to solidify.

If you have any questions regarding the content of this posting or use of UAS in your business, please contact Rob Kamensky, Sean McGowan, or Tyler Black.