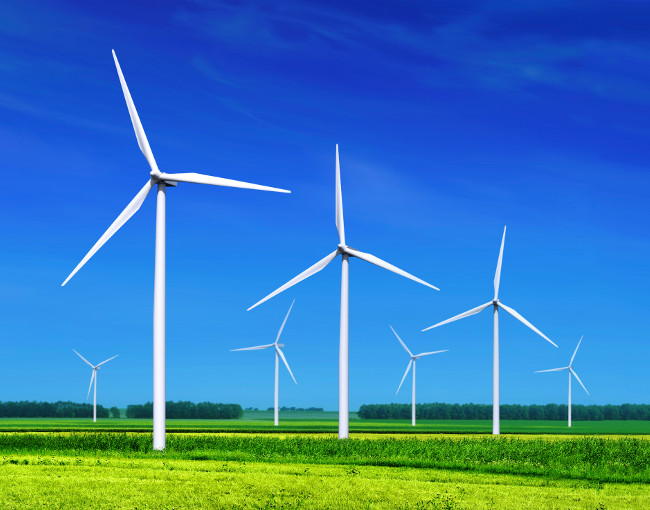 The Illinois Court of Appeals’ recent decision in AUI Construction Group, LLC v. Vaessen highlights the need for careful planning in structuring development agreements, construction contracts, and the use of an easement as opposed to a lease. The appeal in AUI Construction Group addressed a subcontractor’s mechanic’s lien claim against a landowner, although those two litigants were at opposite ends of multiple layers of contracts. The layers of contracts are explained below.

The case arose out of a wind farm project. The land at issue, once farmland, is owned by Louis and Carol Vaessen. The Vaessens entered into an agreement with wind farm developer GSG 7, resulting in an easement in favor of the developer to install and operate wind energy systems. The agreement required the developer to pay the Vaessens $7,500 per year. The developer contracted with Clipper to supply both the wind turbine and the tower to support the turbine. Clipper built the turbine itself, but entered into a fixed price subcontract with Postensa Wind Structures US, LLC for the construction of the tower. Although the Clipper/Postensa contract was a fixed-price contract, Postensa and AUI entered into a cost-plus subcontract where AUI agreed to build the tower. The Postensa/AUI agreement estimated that AUI’s construction costs would approximate $1.66 million. However, upon completion of its work, AUI claimed that the total cost of its work pursuant to the cost-plus agreement was just over $5.9 million. After its work was complete, AUI claimed an unpaid balance of almost $3.2 million.

Upon pretrial motions, the trial court agreed with the position taken by the landowners and general contractor Clipper that AUI’s mechanic’s lien failed as a matter of law, because the tower was not a permanent improvement to the realty, as is necessary for a mechanic’s lien to attach. The Third District of the Court of Appeals agreed, and affirmed the trial court’s ruling dismissing the mechanic’s lien claim.

The appellate court framed the “central question” as whether “AUI’s work constituted improvement to real estate, which is lienable, as opposed to improvement to a trade fixture, which is not.” The court then noted three factors are considered in answering this question: (1) the nature of the attachment to the realty; (2) the work’s adaptation to and necessity for the use of the land; and (3) whether it was intended that the item in question be considered part of the realty. Immediately after listing the three factors, the opinion noted that “intent is the preeminent factor.”

The court’s analysis certainly elevated “intent” – and notably, the key documents defining intent were the agreements of the owner and the developer, not the documents or expectations of the subcontractor lien claimant. The appellate court rejected a number of other arguments asserted by the subcontractor lien claimant, consistently returning to the rationale that the agreements between the landowners and the original developer expressed the intent that the turbine and tower would be a trade fixture and not a permanent improvement to the land. The appellate court rejected the attempts to invoke the remedial purpose of the mechanic’s lien statutes. The appellate court extensively cited and then declined to follow the policy arguments made by several amici, including the Associated General Contractors of America, the American Subcontractors’ Association, and other builders’ trade groups.

The court’s opinion also rejected the plaintiff’s arguments that the easement in favor of the developer should be treated as a lease. The court recognized the significance of that distinction, in that a lease may be subject to a mechanic’s lien while an easement is not.

This decision’s embrace of “intent” as evidenced in the agreements of the landowner and the developer emphasizes the need for careful choice between an easement and a lease, and planning and documentation of development agreements and construction contracts.