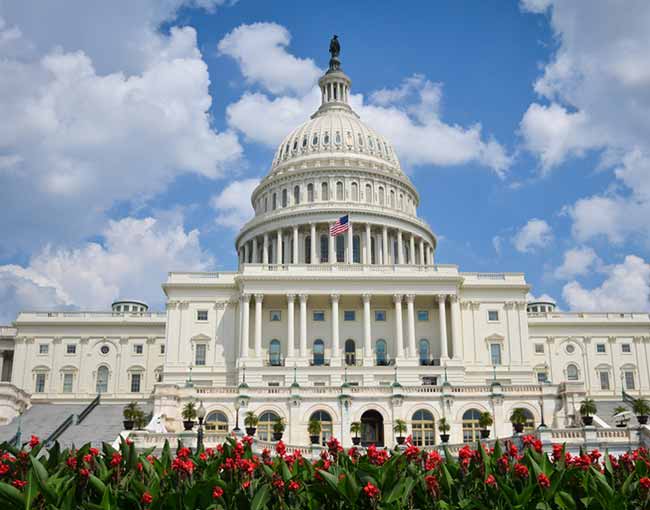 The President signed into law the Countering America’s Adversaries Through Sanctions Act (“CAATSA”) on August 2, 2017, which could have a significant impact on international trade.

CAATSA targets three countries with new sanctions measures: Russia, Iran, and North Korea. The measures could have a variety of implications for U.S. persons (U.S. citizens and permanent residents, entities formed under US law, or those entities and individuals operating under U.S. jurisdiction), their foreign subsidiaries, and foreign persons alike, depending on the provision, but much remains to be settled through further executive action.

Russia: Codification of Prior Executive Actions, Expansion of Sectorial Sanctions, and Creation of Secondary Sanctions

Codification of sanctions. A defining feature of CAATSA’s Russia sanctions Title is the codification of Prior Executive Orders, thus requiring congressional action before these sanctions can be reversed.1 The President can no longer terminate a Russian sanctions provision (including those based on authority from prior laws amended by the bill, prior Executive actions targeting Russia, or the seizure of Russian diplomatic compounds in the U.S.), or grant a waiver or significant license to those provisions, without Congressional review and approval.

Sectoral sanctions changes. CAATSA also strengthens Sectoral Sanctions Directives 1 (financial services sector), 2 (energy sector) and 4 (deepwater, Arctic offshore, or shale projects). It shortens some of the permissible debt maturity windows applicable to U.S. persons involved with designated parties in the financial and energy sectors in the U.S.: Directive 1 is reduced to 14 days from 30, Directive 2 to 60 days from 90). This restricts the ability of U.S. persons and persons subject to U.S. jurisdiction to deal normally with designated Sectoral Sanctions entities, as debt and equity take a wide variety of economic forms (bonds, loans, extensions of credit, loan guarantees, letters of credit, drafts, bankers acceptances, discount notes or bills, or commercial paper). Directive 4’s prohibition on dealings with designated individuals in connection with the production of petroleum products from deepwater, Arctic offshore, and shale projects is expanded to cover new worldwide projects, rather than merely projects that have the potential to produce oil in Russia or in maritime area claimed by Russia, in which a designated person has a controlling or substantial non-controlling ownership interest (33 percent or more). The bill also authorizes the Secretary of the Treasury to impose sanctions on the railway, metals and mining sectors of the Russian economy. Expansion to the railway, metals and mining sectors is not a mandatory provision.

The bill further sanctions on the following, in some cases with delayed implementation:

Types of sanctions. Where “menu-based sanctions” have been directed, the President is required to impose at least five (5) sanctions from a menu of twelve (12) “secondary sanctions.” These sanctions range from denial of assistance or approvals from U.S. agencies and/or financial institutions to investment bans and/or blocking. In other cases, the legislation specifically requires blocking of persons, restrictions on travel to the U.S., and/or penalties under IEEPA (where applicable).

Mandatory nature of most sanctions. Most of the new sanctions are mandatory: the President “shall impose” sanctions based on defined criteria unless a limited “vital national interest” exception applies). However, CAATSA permits the President (via “may impose” language) discretion with respect to sanctions on energy export pipelines, allowing coordination with U.S. allies in making the determination. Congressional unwillingness to require the President to impose sanctions in this arena likely stems from industry and European Union concerns that emerged about this provisions while the Bill was under consideration.

Reports. Congress also has requested several reports from the Secretary of the Treasury, including on oligarchs and parastatal entities, the effects of expanding sanctions to include sovereign debt and derivative products, and illicit financing in Russia. Since Congress is putting itself in the sanctions driver’s seat, these reports may suggest where and how future thrusts of legislative action may come.

CAATSA imposes additional sanctions on Iran in response to Iran’s ballistic missile program, terrorism-related sanctions with respect to the Iranian Revolutionary Guard Corps (“IRGC”), and human rights abuses-related sanctions. CAATSA requires blocking and travel exclusion restrictions on persons the President determines knowingly supplies various arms or related support to Iran, and calls for the development of a regional strategy for deterring destabilizing Iranian activities that threaten the United States and its allies. The bill also requires executive reporting on several matters, including the coordination of sanctions with the European Union.

These actions can be expected to expand the entities that are subject to residual post-JCPOA secondary sanctions, which have not been waived for transactions involving SDNs. They are likely to have no real effect on U.S. companies because they do not expand the prohibitions already in place for U.S. persons with respect to Iran and General License H presently prohibits their foreign-owned companies from engaging in transactions with IRGC affiliates.

The most significant additions to the North Korea program are likely to be additions to the “mandatory” designation requirements contained in the North Korea Sanctions and Policy Enhancement Act of 2016 (22 USC 9214(a) inter alia). CAATSA modifies and expands requirements for the President to designate and sanction persons aiding North Korea with certain activities. Additional activities triggering a mandatory designation include providing North Korea with significant precious metals or ores and certain rocket, aviation, and jet fuels, facilitating significant transactions to operate vessels or aircraft already designated, or providing insurance or registration for vessels owned or controlled by the North Korean Government. Non-U.S. persons are designated under these authorities, which result in asset blocking and other consequences meant to isolate the designee from the U.S. markets. Secondary sanctions such as these are not new to the North Korea sanctions environment.

The President was also given new discretionary authority to make further designations of persons for activities that include facilitation of North Korean violations of UN sanctions laws, transfers of funds with the North Korean government, or conducts significant transactions in North Korea’s transportation, mining, energy, or financial services industries. That authority could theoretically touch shippers, insurers, and a variety of other participants in international commerce, regardless of their nexus to the U.S.

CAATSA requires U.S. financial institutions to ensure correspondent accounts are not used to provide designated persons with financial services. Additionally, foreign vessels over 300 gross tons and designated by the Secretary of State may not enter or operate in the navigable waters of the U.S. or transfer cargo in any port or place under the jurisdiction of the U.S. The Secretary will designate vessels owned or operated by or on behalf of North Korea, a North Korean, a country that is non-compliant with applicable UN Security Council resolutions, or vessels otherwise designated per the authorities of the North Korea Sanctions and Policy Enhancement Act of 2016. CAATSA also limits U.S. foreign assistance to non-compliant governments.

Congress requires a series of reports from the President regarding various parties and industries, some of which may hint at future action. It requires a report from the President within 180 days regarding whether reasonable grounds exist to designate Korea Shipowners’ Protection and Indemnity Association, a North Korean insurance company, and Chinpo Shipping Company (Private) Limited, a Singapore corporation, with respect to facilitating imports, exports, and reexports of arms and related materiel to and from North Korea. It also requires a report identifying foreign governments and the operators of foreign sea ports and airports that fail to implement or enforce United Nations requirements on inspection and transshipment of goods, or those who knowingly facilitate the same.

CAATSA passed both houses of Congress with a combined tally of 517-5, indicating particularly robust bipartisan support. It remains to be seen how aggressively the Trump Administration will be in making determinations, pursuing waivers, and imposing sanctions required by CAATSA. Further, many of the provisions are not effective immediately. The real impact of this legislation will be shaped by implementing guidance, orders, and regulations that are yet to be published.

2This provision is not set to be applicable until 180 days after enactment and there is an authorization for additional 180 day delays for persons substantially reducing significant transactions.