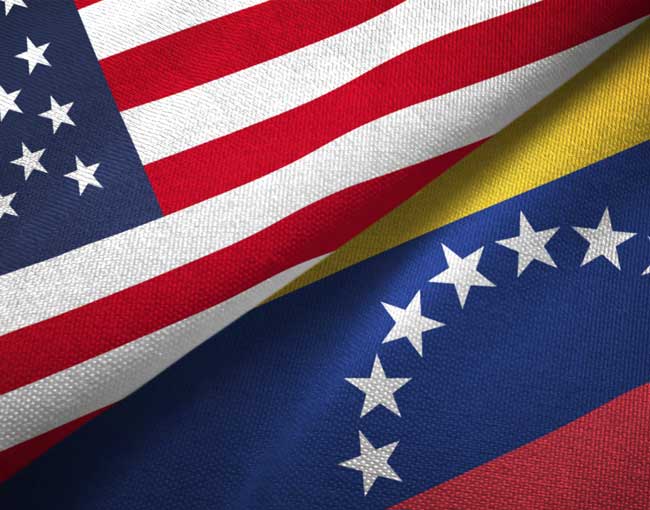 On Monday, August 5, 2019, President Trump signed an Executive Order on Blocking Property of the Government of Venezuela (the “EO”). The EO dramatically escalates the economic and political pressure on the Maduro regime by blocking all Government of Venezuela property and property interests in the United States or “within the possession or control of any United States person.” [EO Section 1(a)] The prohibitions also restrict transactions involving the provision of “funds, goods, or services” to, for the benefit of, or from any person blocked by the order. [EO Section 3]

This is a severe embargo-style restriction that defines the Government of Venezuela broadly to include “the state and government of Venezuela, any political subdivision, agency, or instrumentality thereof, including the Central Bank of Venezuela and [PdVSA], [and] any person owned or controlled, directly or indirectly, by the foregoing” or acting on behalf of the foregoing. It does not include any U.S. citizen, permanent resident alien, lawfully admitted alien, or valid visa-holding alien. [EO Section 6] The EO is stated to be effective as of 9:00 a.m. EDT on August 5, 2019. [EO Section 10]

Importantly, the EO does not embargo all transactions with private companies and persons in Venezuela. As explained in FAQ 680, “U.S. persons are not prohibited from engaging in transactions involving the country or people of Venezuela,” provided blocked or persons are not otherwise involved. Instead, U.S. sanctions authorities expect companies doing business in Venezuela to conduct sufficient diligence to confirm that customers are not blocked (either as an SDN or a Government of Venezuela entity targeted by the EO) or that a transaction is otherwise authorized (such as by general license).

Furthermore, in conjunction with the EO announcement, the Department of Treasury revised numerous existing general licenses, and released additional general licenses. A list of current licenses is available here. The Department of Treasury has also released this summary of many of the authorizations that may be applicable for transactions involving the Government of Venezuela.

Persons using a pre-August 5, 2019, general license should evaluate whether and how the EO affects the continued use of that license. Persons having business involving the Venezuelan Government that previously did not require a license should evaluate whether the business may continue, must halt immediately, or may be eligible to use General License 28 (or another general license) to wind down operations or existing contracts involving the Government of Venezuela within 30 days (September 4, 2019).  In particular, companies should evaluate whether any party to a transaction in Venezuela is “owned or controlled, directly or indirectly” by the state and Government of Venezuela or a political subdivision thereof, or whether the parties involved in a transaction may be acting on behalf of one.

We generally recommend that all transactions involving Venezuela be reviewed for compliance with U.S. sanctions and export controls. Active transactions that involve the Government of Venezuela should be reviewed immediately to determine whether the continuation or wind-down of the transaction is necessary. If you require assistance determining if a general license is applicable to existing or future transactions, or you need help structuring or performing sanctions diligence, please don’t hesitate to reach out to us.