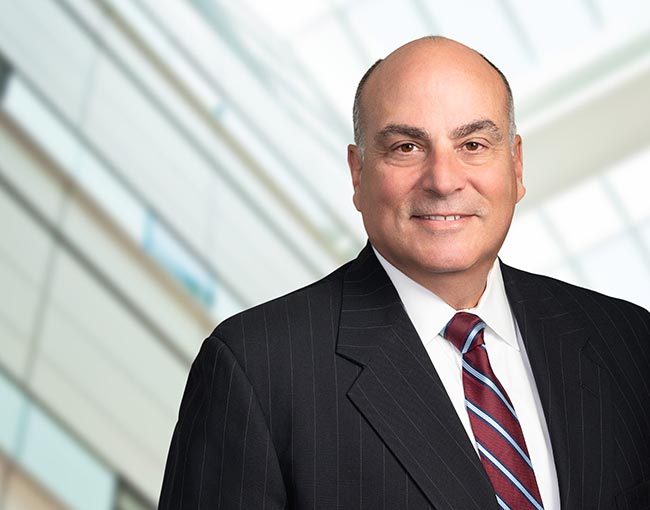 John draws on his more than 30 years of litigation experience to represent a wide variety of clients in federal and state trial and appellate courts.

A former Assistant Corporation Counsel for the City of New York, John has tried and brought to verdict or favorable settlement several large jury and bench cases, argued scores of appeals and mediated and counselled clients in high stakes matters in New York and throughout the country.

John has also defended various public officers and employees in civil rights cases and a prominent retailer in a variety of matters, including landlord/tenant, breach of contract and class action litigation alleging violation of state consumer protection and business laws.

John has given numerous lectures on a variety of topics to clients and various professional organizations, including before the New York State Society of Certified Public Accountants discussing expert testimony and reports.

Succeeded in enforcing factoring agreement at trial and awarded 100% of attorney's fees for doing so.

Represented bank at trial and on appeal in successful defense of perishable agricultural commodities claims.

Defeated litigation against letter of credit issuer for fraudulent misrepresentation, conspiracy and violation of RICO statute.