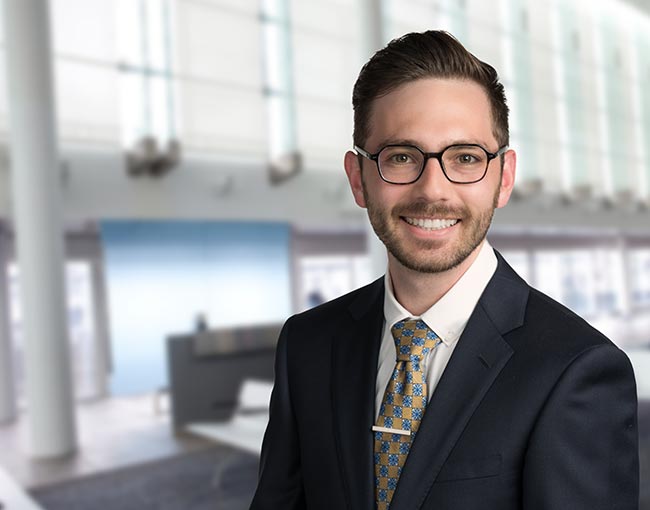 Sam is an associate in the Firm's banking and commercial Finance group. He primarily works on lender side acquisition deals, but also has experience in bank regulatory matters, bankruptcy, mortgage repurchase facilities, and beverage financing.

While in law school, Sam was an intern to the Honorable Judge Patricia Breckenridge of the Missouri Supreme Court and to the Honorable Judge Daniel C. Moreno of the Hennepin County Courthouse Fourth Judicial District. He also completed an internship with the Missouri Department of Natural Resources General Counsel's Office conducting research and drafting proposed internal policies and Missouri State Park regulations.