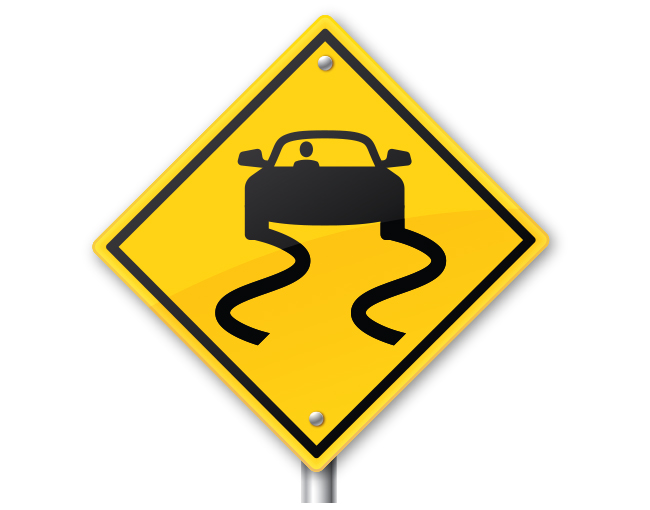 A recent Delaware bankruptcy court decision may leave bankruptcy-claim traders somewhat confused as to how to properly navigate the anti-assignment “override provisions” set forth in Revised Article 9 of the Uniform Commercial Code.

In In re Woodbridge Group of Companies, LLC, 2018 WL 3131127 (Bankr. D. Del. June 20, 2018), a group of affiliated Chapter 11 debtors squared off against a bankruptcy-claims trader over the proper construction and application of Revised Article 9’s anti-assignment override provisions. Unfortunately, the litigants’ competing arguments sought to take the court on an incomplete and misdirected journey through these intricate provisions. As a result, the court’s opinion ultimately appears to bump up against several fundamental Article 9 concepts.

This post will (a) provide a brief overview of Revised Article 9’s override provisions, (b) examine how the Woodbridge litigants’ competing constructions of these provisions were incomplete, on the one hand, and erroneous, on the other, and (c) explain how the court may have nevertheless ended up reaching the correct outcome.

Borrowing from similar but more limited provisions that existed under “Old Article 9” of the UCC, the drafters of Revised Article 9 developed a series of intricate provisions that limit the extent to which contractual anti-assignment clauses and other state law restrictions on assignment might otherwise impede the ability of parties to engage in Article 9 transactions.

These so-called anti-assignment “override provisions” span four separate sections of Revised Article 9; however, UCC §9-406 and UCC §9-408 are generally recognized as containing the broadest and most widely-applicable override provisions.[1]

Although UCC §9-406 and UCC §9-408 very neatly complement one another, sorting through the differing scope and application of these separate Sections is by no means an intuitive exercise.[2] The process of differentiating the two Sections’ override provisions is further complicated by the expanded range of non-lending transactions now covered by Article 9. Specifically, while Old Article 9 covered the sale and absolute assignment of chattel paper and accounts (albeit, under a much narrower definition of “accounts” than now exists under Revised Article 9), Revised Article 9 not only covers the latter transactions, it also extends to sales and absolute assignments of promissory notes and payment intangibles.[3]

What happened in Woodbridge?

The Woodbridge opinion arose out of the jointly-administered Chapter 11 proceedings of a real estate finance and development enterprise whose founder has been accused of operating the business as an elaborate Ponzi-scheme.

After the Woodbridge Debtors filed for bankruptcy, the Berlingers unilaterally (i.e., without seeking or obtaining the applicable Debtor’s prior consent) assigned the promissory notes to Contrarian Funds LLC, a seasoned distressed debt purchaser. In accordance with Bankruptcy Rule 3001(e)(1), Contrarian thereafter filed a proof of claim in its own name against the Debtors’ bankruptcy estates for the amounts allegedly owing under the promissory notes.

Contrarian, of course, was entirely correct in identifying UCC §9-408 as setting forth the operative override provisions. UCC §9-408(b) expressly provides that UCC §9-408’s override provisions apply to the “sale of . . . [a] promissory note” and there was no dispute that the transfer of the promissory notes from the Berlingers to Contrarian constituted an outright sale and absolute assignment as opposed to some form of disguised financing transaction.

This appeared to be precisely the point that the Debtors were attempting to make — that they were not required to recognize Contrarian as the transferee of the promissory notes and/or as the party entitled to assert the corresponding proof of claim. Yet, instead of simply advancing this fundamental point, the Debtors inexplicitly posited the alternative and grossly erroneous proposition that UCC §9-408’s override provisions do not apply to the sale and absolute assignment of promissory notes. Specifically, the Debtors contended that the language in UCC §9-408(b) referring to the “sale of . . . [a] promissory note” was only intended to apply to a secured lender’s sale or assignment of a collateral security interest in a promissory note.

Presented with the above arguments, the court felt compelled to take a step back and question Revised Article 9’s overall applicability to the outright sale or absolute assignment of promissory notes. This, in turn, led the court to observe with apparent incredulity that “[i]f . . . the drafters of the UCC intended for there to be a bright line rule, classifying all sales of promissory notes as security interests, the courts would have nothing to decide; courts would simply apply [Revised Article 9’s override provisions] and move on.”

In point of fact, with a few narrow exceptions,[7] this is precisely what the drafters of Revised Article 9 intended. They wanted to bring the outright sale and absolute assignment of promissory notes within the scope of Article 9 and have such sales and assignments treated as “security interests” for purposes not only of Article 9’s general rules on perfection and priority, but also its anti-assignment override provisions. [8]

Following up on the above-referenced point, the Woodbridge court next focused its attention on UCC §9-406(e), which provides that UCC §9-406’s anti-assignment override provisions “do[ ] not apply to the sale of a . . . promissory note.” The court did not see the foregoing language as merely a “road marker” directing parties engaged in the proposed purchase and sale of a promissory note under Article 9 to look to UCC §9-408 rather than UCC 9-406 for the applicable override provisions. Instead, it accepted the Debtors’ alternative but, again, erroneous construction of UCC §9-406(e) as setting forth a broad pronouncement “endors[ing] the enforceability of anti-assignment provisions in the sale, or assignability of promissory notes.”

On the basis of the latter misconstruction, the court then interpreted UCC §9-408(b)’s reference to the “sale” of a “promissory note” as necessarily being limited to a collateral security interest in a promissory note. Otherwise, the court concluded, UCC §9-408(b) would “eclipse” the provisions of UCC §9-406(e) and, thereby, “violate the canon against surplusage.” Accordingly, the court expressly found “that UCC §9-408 is inapplicable here” and ruled that the proof of claim as asserted by Contrarian should be disallowed.[9]

Notwithstanding the incomplete and misdirected arguments presented along the way, it appears that the court in Woodbridge may have ultimately arrived at the correct outcome.[10] As noted above, UCC §9-408(d) expressly provides that a party in the Debtors’ position has no obligation to recognize a party such as Contrarian as the transferee of a promissory note and/or to make payment or distribution to such transferee. Thus, it would seem that the Woodridge court was correct in disallowing the proof of claim filed by Contrarian.

Nonetheless, going forward, claims-traders and other parties implicated by Revised Article 9’s anti-assignment override provisions would be well-advised to steer clear of the confusion and misconstruction that occurred in Woodbridge and more faithfully adhere to Revised Article 9’s road map (as intricate and opaque as it may often seem).[11]

[2] After Revised Article 9’s initial promulgation, controversy and debate arose even among academic heavy-hitters as to the proper interpretation and application of certain features of UCC §§9-406’s and 9-408’s override provisions. See, e.g., N. Cohen and W. Henning, "Freedom of Contract vs. Free Alienability: An Old Struggle Emerges in a New Context," 46 Gonzaga L. Rev. 353 (2010/11). Ultimately, the foregoing controversy and debate led to certain “clarifying” amendments being added to UCC §9-406 and UCC §9-408 as part of the 2010 Amendments to Revised Article 9.

[5] The override rules in UCC §9-406 are also expressly made subject to any state law which establishes a different rule for an account debtor who is an individual and who incurred the obligation primarily for personal, family, or household purposes.

[9] Woodbridge., at 13-14. In so ruling, the Court expressly provided that such disallowance was “without prejudice to the right of the Berlingers to assert such claim on their own behalf, as the claim has been duly scheduled by the Debtors.”

[10] Conceivably, Contrarian might have argued that as a matter of federal supremacy, the provisions of Fed. R. Bankr. P. 3001(e)(1)(providing that if a claim is absolutely assigned before a proof of claim has been filed, the assignee must file the proof of claim in its own name) supersede the protections and limitations afforded under UCC §9-408(d). However, the court has already signaled that it would be not receptive to any such argument. See Woodbridge, at 4 (wherein the court indicated that Bankruptcy Rule 3001(e) does not “impair[]the Court’s authority to determine and enforce applicable non-bankruptcy law concerning contract provisions which may restrict transfers of claims.”).

[11] Of course, the Woodbridge decision is certainly not the first occasion in which Article 9 and its rather counterintuitive extension to certain personal property sales and absolute assignments have generated interpretative confusion. In Octagon Gas Systems, Inc. v. Rimmer (In re Meridian Reserve, Inc.), 995 F.2d 948, 957 (10th Cir. 1993), the Tenth Circuit Court of Appeals shocked the securitization and factoring worlds by reaching the now universally-condemned conclusion that “because, under Article 9, a sale of accounts is treated as if it creates a security interest in the accounts, accounts sold by a debtor prior to bankruptcy remain property of the debtor’s bankruptcy estate.”