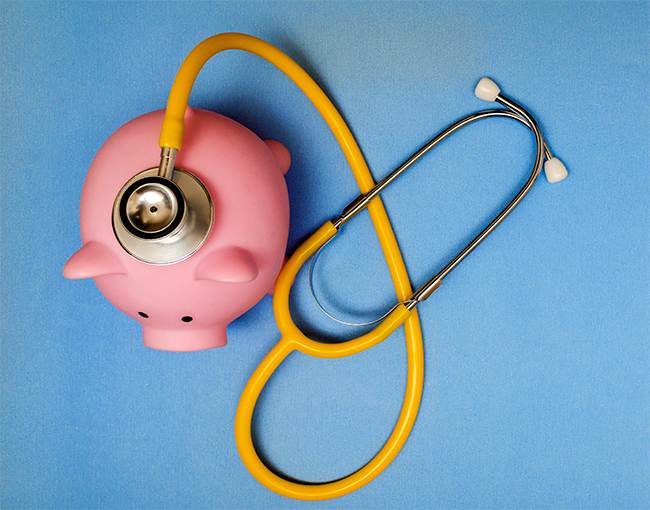 Purchasers of health care related assets often wish to obtain an assignment of the seller’s corresponding Medicare and/or Medicaid provider agreements (collectively, the “Provider Agreements”) because such an assignment permits the purchaser to begin billing for Medicare and Medicaid services immediately following the closing, instead of waiting several months to obtain the necessary approvals for new Provider Agreements. Having the ability to immediately bill Medicare and/or Medicaid for services is often critical to a purchaser of health care assets because the purchaser needs such revenue in order to insure that there is sufficient cash-flow to support the ongoing operation of the newly-acquired health care assets.

There is, however, a significant drawback to taking an assignment of a seller’s Provider Agreement(s).Namely, the Centers for Medicare & Medicaid Services (“CMS”) and their state counterparts (collectively and together with CMS, the “Administrators”) require the assignee to assume “successor liability” for all of the seller’s outstanding liabilities under the assigned Provider Agreements, including liabilities relating to any pre-assignment overpayments that the seller may have received. These overpayment liabilities can sometimes prove to be disastrously large.

The first of these decisions was an oral ruling issued by the Honorable Kevin Gross, United States Bankruptcy Judge from the District of Delaware, on September 5, 2019 in the Chapter 11 proceedings of Center City Healthcare, LLC and its affiliates (collectively, “CCH”).

CCH’s Chapter 11 proceedings were commenced on June 30, 2019—less than two years after CCH had been formed by private equity firm Paladin Healthcare to acquire two, long-enduring hospitals located in the City of Philadelphia: St. Christopher’s Hospital for Children, founded in 1875; and Hahnemann University Hospital, founded in 1885.

Prior to its Chapter 11 filing, CCH had already made plans to close Hahnemann University Hospital. As a teaching hospital, however, Hahnemann hosted a resident physician training program (the “Residency Program”) under which CCH is entitled to receive Medicare reimbursements up to $100,000 annually for each participating resident physician. During the course of its Chapter 11 proceeding, CCH sought authority under Bankruptcy Code Section 363(f) to sell and assign its Residency Program along with its Medicare Provider Agreement to a third-party purchaser. As part of the proposed transaction, CCH offered to establish a $3 million escrow, which would serve as CMS’s sole source of recovery for any and all pre-transfer overpayments and/or similar liabilities that might be found still owing under the Medicare Provider Agreement.

After receiving an initial stalking horse bid of $7.5 million, CCH commenced an auction on August 8, 2019, at which a local consortium of non-profit hospitals led by Thomas Jefferson University Hospital (the “Jefferson Consortium”) ultimately offered to pay $55 million to acquire CCH’s Residency Program and its corresponding Medicare Provider Agreement.

The bankruptcy court, however, rejected CCH’s position. Specifically, Judge Gross concluded that “the [P]rovider [A]greement, which debtors seek to sell to the consortium, is a statutory entitlement and not a contract and, as such, debtors are entitled to sell the [P]rovider [A]greement pursuant to [Bankruptcy] Code Section 363. And the purchaser, Jefferson on behalf of the consortium, does not take with successor liability."[1]

Exactly three weeks later, a similar ruling was issued on the opposite side of the country by the Honorable Ernest R. Robles, United States Bankruptcy Judge for the Central of California. See In re Verity Health System of California, Inc., 2019 WL 4729457 (Bankr. C.D. Cal. September 26, 2019).

This second decision arose out of the Chapter 11 proceedings of Verity Health of California, Inc. (“Verity”), a non-profit California health care provider that was forced to file for Chapter 11 relief on August 31, 2018.

During the course of its Chapter 11 proceedings, Verity sought authority to sell a collection of its acute care hospitals and a dialysis center to an entity affiliated with KPC Health (“KPC”), a for-profit health care venture based in Southern California with extensive experience in acquiring financially-distressed health care assets.

As part of its proposed sale of the above facilities, Verity attempted to utilize the provisions of Bankruptcy Code Section 363(f) to transfer each of its corresponding Medi-Cal (i.e., California’s version of Medicaid) Provider Agreements to KPC “free and clear” of any successor liability claims.

Opposing the proposed transfer, the California Department of Health Care Services (“DHCS”)[2] asserted that it remains owed in excess of $50 million in overpayments and other amounts under the Provider Agreements. If the Provider Agreements were to be transferred to KPC, DHCS insisted that it must receive adequate assurance that these liabilities would be fully “cured,” pursuant to the Bankruptcy Code’s executory contract provisions.

Like Judge Gross, however, Judge Robles concluded that the Provider Agreements are not contracts but rather are statutory entitlements and, as such, can be transferred by Verity to KPC under Bankruptcy Code Section 363(f) “free and clear” of any successor liability. Id., at 6-8.

In so ruling, Judge Robles declined to address whether DHCS might still retain a right of recoupment that it could use to recapture the $50+ million in alleged overpayments and related liabilities from those amounts that subsequently become payable to KPC under the Provider Agreements.

Harkening back to an anomalous decision rendered by a Massachusetts bankruptcy court more than a decade ago,[3] Verity insisted that if the court were inclined to recognize such a right of recoupment in favor of DHCS and if the court were to conclude that such right of recoupment is not cut-off by the provisions of Bankruptcy Code Section 363(f), then DHCS should be required to recoup the amounts at issue  from any Medicaid reimbursements that remained payable to Verity and/or that Verity still retained within its possession. Then, after exhausting the foregoing sources, DHCS would recoup any amounts received by Verity in connection with the proposed sale of its assets to KPC. Judge Robles, however, refused to address these points and, instead, remained adamant that the question of recoupment must await another day. Id. at 9.[4]

The Administrators on the losing end of the bankruptcy court rulings in the CCH and Verity cases have not taken these decisions lying down. CMS appealed Judge Gross’s ruling in the CCH case to the United States District Court for the District of Delaware, which, on September 16, 2018, formally stayed the effect of Judge Gross’ ruling pending appeal. Similarly, DHCS filed a notice of appeal in the Verity case and has also moved that the ruling be stayed pending appeal.

In the event the bankruptcy court rulings in the CCH and Verity cases are ultimately upheld on appeal, they will most certainly embolden and encourage more health care debtors to attempt to utilize the provisions of Bankruptcy Code Section 363(f) to transfer their Provider Agreements free and clear of successor liability obligations. Such a development will no doubt further pique the interest of private equity firms, who have already been entering the health care arena with increasing frequency and ferocity. For the time being, however, we will have to wait and see.

[2] DHCS is effectively CMS’s counterpart in administering the jointly-funded Medicaid program made available in the State of California.

[4] If and to the extent that the Verity court were to ultimately allow DHCS to recoup the alleged liabilities at issue from any future reimbursement payable to KPC following Verity’s proposed assignment of the Provider Agreements, it would entirely “gut” the effect of permitting the foregoing assignments to occur “free and clear” of successor liability under Bankruptcy Code Section 363(f).