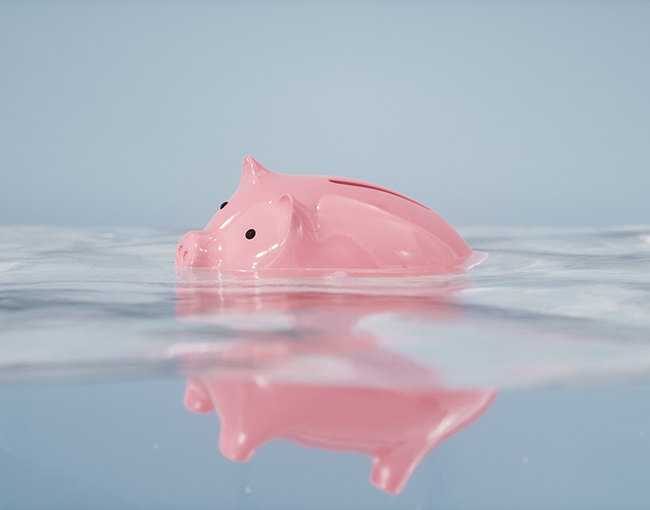 Payday before mayday: The increasing use of pre-bankruptcy executive retention bonuses

The initial wave of post-COVID Chapter 11 business bankruptcies has revealed an increasing tendency for senior executives of financially distressed companies to award themselves substantial bonuses and similar forms of compensation immediately before placing their companies into bankruptcy. If this trend continues, it may largely nullify the efforts of Congress and the courts to rein in and strictly regulate such forms of compensation.

Historically, companies filing for Chapter 11 bankruptcy routinely sought bankruptcy court approval to implement so-called key employee retention plans (“KERPs”). Pursuant to these KERPs, Chapter 11 debtors would pay large retention bonuses to certain members of their senior management on the condition that the individuals remain with the company throughout the entire Chapter 11 process. Debtors argued that such “pay to stay” arrangements were critical and necessary to the debtor’s overall reorganization efforts because essential management personnel might otherwise abandon a “sinking ship.”

Over time, bankruptcy courts grew increasingly comfortable with KERPs, so much so that requesting and obtaining bankruptcy court approval of a KERP in a large Chapter 11 case became a perfunctory exercise. Eventually, however, union leaders and other constituencies began to complain to Congress about the gross inequities of allowing bankrupt companies to pay large retention bonuses to the same senior managers who drove the companies into bankruptcy in the first place—particularly when those companies then used the Chapter 11 process to severely curtail the rights and interests of union members and other creditors.

The parties voicing such complaints found a receptive ally in the late Senator Edward “Ted” Kennedy, whose home state of Massachusetts had witnessed one of its most prominent companies, The Polaroid Corporation, file for Chapter 11 protection and obtain bankruptcy court approval to pay out more than $7 million in KERP payments to the company’s senior executives—only to have those executives quickly turn-around and sell substantially all of the company’s assets to an investment fund under a bankruptcy court-approved transaction that left many of the company’s employees and retirees with little recourse or recovery.

Ultimately, as part of the Bankruptcy Abuse Prevention and Consumer Protection Act of 2005 (“BAPCPA” or the “2005 Amendments”), Kennedy pushed through an amendment to Bankruptcy Code Section 503 that significantly restricted the use of KERPs in bankruptcy. In the case of senior management, these restrictions are so substantial that, as a practical matter, they effectively ended the practice of using post-filing KERPs as a means of providing enhanced compensation and incentives to high-level executives.

Undeterred, Chapter 11 practitioners responded to the 2005 Amendments by developing an alternative means of providing enhanced compensation to senior management personnel: key employee incentive plans or “KEIPs” (pronounced keeps). Under a KEIP, select members of a Chapter 11 debtor’s senior management are awarded bonuses and other forms of incentives if the company achieves certain milestones and/or outcomes during the Chapter 11 process. Because the underlying bonuses and incentives under these programs are not conditioned solely upon a senior executive’s commitment to stay with the company throughout the Chapter 11 process, KEIPs ostensibly fall outside the scope of the severe restrictions that the 2005 Amendments to the Bankruptcy Code impose on “pay to stay” retention plans.

As the use of KEIPs proliferated in the years following the enactment of the 2005 Amendments, bankruptcy courts became increasingly sensitive to the argument that the proposed milestones and outcomes triggering the award of KEIP payments represented such “low hurdles” that the KEIPs were, for all intents and purposes, affording senior executives with the same “pay to stay” compensation that Congress sought to limit through its 2005 restriction on the approval of KERPs. Accordingly, before approving a KEIP, most bankruptcy courts today scrutinize the proposed KEIP under one or more judicially-developed “tests”—the most prominent being a six-part test first articulated by departed Bankruptcy Judge Burton E. Lifland in In re Dana Corporation. Satisfying such a test is typically more than a perfunctory exercise and, instead, often requires a Chapter 11 debtor’s counsel to make a series of challenging and uncertain evidentiary showings.

In a departure from this now well-established practice, debtors in several recent Chapter 11 cases have dispensed with post-filing KEIPS altogether and have instead paid significant retention bonuses to senior management immediately before filing for bankruptcy. For instance, five days before its May 15, 2020 bankruptcy filing, storied clothing retailer J.C. Penney Company, Inc. awarded nearly $10 million in bonuses and incentives to four of its most senior executives. The stated purpose of this compensation was “to retain and continue to motivate [these senior executives] through the volatile and uncertain environment affecting the retail industry.” Some of the bonuses are subject to repayment if a covered executive voluntarily leaves the company before certain, specified dates set out at least into the next calendar year.

Similarly, one week before filing for Chapter 11 protection on May 26, 2020, rent-a-car giant Hertz Corporation adopted a “Key Employee Retention Program” where it immediately paid out more than $16 million in cash bonuses to various executive officers. Like in the case of J.C. Penney, the Hertz executives must repay the bonuses if they voluntarily leave the company before March 31, 2021.

The payment of prepetition bonuses may not be the end of the story. Ostensibly, the 2005 Amendments to the Bankruptcy Code provide creditors and other parties-in-interest with a potential means of challenging such eve-of-bankruptcy retention bonus payments.

Under Bankruptcy Code Section 548(a)(1)(B), a bankruptcy estate representative can avoid and recover a transfer made by a Chapter 11 debtor within two years before the bankruptcy filing  if the transfer constitutes a “constructively fraudulent” fraudulent transfer. Traditionally, in order to establish the occurrence of a “constructively fraudulent” fraudulent transfer, an estate representative had to demonstrate the following, two elements: (1) the debtor received less than reasonably equivalent in exchange for the transfer; and (2) at the time—or as a result—of the transfer, the debtor was experiencing one of three standards of financial distress (i.e., insolvency, unreasonably small capital and/or an inability to pay its debts as they mature).

As part of the 2005 Amendments, however, Congress amended Bankruptcy Code Section 548(a)(1)(B) to relieve an estate representative from the burden of demonstrating any “financial distress” for transfers made by a debtor to an “insider” (such as a senior executive) “under an employment agreement and not in the ordinary course of business.” Thus, Bankruptcy Code Section 548(a)(1)(B) now allows an estate representative to avoid a pre-bankruptcy bonus paid to a senior executive outside of the ordinary course of business without demonstrating that the company was insolvent or experiencing financial distress at the time the payment was made. Instead, in such situations, the estate representative need only demonstrate that the debtor received less than reasonably equivalent value in exchange for the payment.

In the context of retention bonuses paid on the eve of bankruptcy, however, demonstrating that the debtor was experiencing “financial distress” at the time of the transfer (i.e., on the eve of bankruptcy) is usually not a difficult burden to carry. Instead, from an evidentiary standpoint, the far more challenging and contentious element of proof is that the debtor did not receive reasonably equivalent value in exchange for such bonuses.

The 2005 Amendments to the Bankruptcy Code, however, did not ease in any way the estate’s burden in having to establish the latter element. Consequently, it may not be surprising that following the 2005 Amendments, those instances in which pre-bankruptcy bonuses paid to a Chapter 11 debtor’s senior management have been successfully challenged under Bankruptcy Code Section 548(a)(1)(B) appear to be few and far between.

One possible instance involved former Twinkie-maker Hostess Brands Inc., which filed a second Chapter 11 proceeding in 2012 after having gone through a Chapter 11 reorganization less than ten years earlier. In the months leading up to its second Chapter 11 filing, Hostess’ then CEO dramatically increased his own compensation and the compensation of several other senior executives. After the commencement of the company’s Chapter 11 proceeding, the Creditors Committee investigated these pre-bankruptcy compensation increases. In response, Hostess’ newly-appointment CEO, who assumed his position two months after the company’s Chapter 11 filing, intervened and drastically slashed most, if not all, of the executives’ previously awarded compensation packages. Following this action, the Committee elected not to pursue the matter further.

More recently, the Creditor Litigation Trust created under the Chapter 11 Plan of Liquidation confirmed in the Toys-R-Us bankruptcy filed suit against various former officers and directors of the company for, among other things, implementing a retention bonus plan under which senior executives received over $7 million in alleged retention bonuses in the week preceding Toys-R-Us’ September 18, 2017 bankruptcy filing. In its Complaint, the Litigation Trust alleges that the company’s outside bankruptcy counsel had specifically advised the former CEO of the bankruptcy law restrictions on the award of such bonuses and that in a deliberate effort “[t]o circumvent these restrictions, [the CEO] ordered all bonuses to be paid three days before [the company] filed for bankruptcy.” Not surprisingly, the former officers and directors of Toys-R-Us vehemently denied the foregoing allegations and sought to dismiss the Liquidation Trust’s Complaint. As of June 2020, the court presiding over the action has not made a ruling.

As the Hostess and Toys-R-Us bankruptcies evidence, the phenomena of financially distressed companies paying retention bonuses on the eve-of-bankruptcy is not entirely new. Nevertheless, it now appears that this strategy is being employed with increased frequency—even in high profile cases such as J.C. Penney’s and Hertz. This suggests that Chapter 11 practitioners have become increasingly comfortable and confident in advising prospective Chapter 11 debtor clients to consider making such retention bonus payments prior to filing bankruptcy. Absent a successful challenge to this practice (such as the one currently being pursued in connection with the Toys-R-Us bankruptcy), this trend may continue to the point that eve-of-bankruptcy retention bonuses potentially become the rule rather than the exception.