Home > Insights > Blogs > REGucation > How can a university manage an all-powerful college coach? 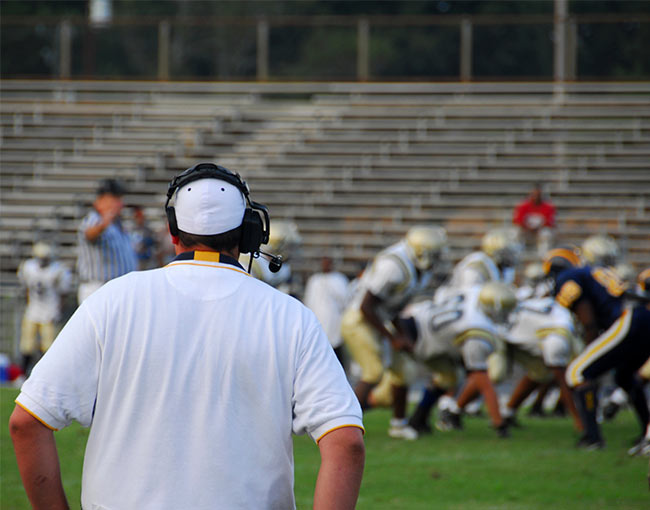 How can a university manage an all-powerful college coach?

From decorated pros to college benchwarmers, many young men and women who played sports often refer back to a coach who had a tremendous impact on his or her life and eventual career. This is true even when people don’t pursue athletic opportunities beyond the amateur level or if their skills and abilities didn’t allow them to play in college or beyond (we all know that less than 1 percent of college athletes play professionally). The impact a coach can have on one’s work ethic, collaborative spirit, or humility can serve the athlete in whatever life work he or she chooses to pursue.

However, with such an impact, coaches are often elevated on to a pedestal on college campuses. In addition, in high-revenue sports like football or basketball, coaches become the face of the university, and not only does their compensation eclipse everyone else on campus, but their status and power often does as well. So when a few years back we heard the clever retort of former Ohio State President Gordon Gee, when he referred to the possible fall-out on then OSU Head Football Coach Jim Tressell for the scandals enveloping his football team, that he was hoping “[Tressell] doesn’t fire me,” there is little question that even university presidents frequently feel the pressure of an all-powerful coach.

I have attended several conferences and seminars where presidents, athletic directors and conference commissioners have mused about how to get athletic programs and the all-powerful and highly compensated coach under control. It is joked about, but for those in charge, this is no laughing matter. Just look at Penn State, Rutgers, or Texas Tech. An athletic program or department that operates completely independently of outside leadership or oversight can cost the school an unbelievable amount of money, as well as reputational damage that may never be restored.

Below are several steps that colleges and universities should consider when dealing with a
high-powered coach or program, even one that serves as the “face of the university.”

All universities want their teams and coaches to be successful. But if that success comes at the expense of an institution’s reputation, the effects can be devastating, expensive and long-lasting. Simply reacting to a crisis situation places you in an untenable position. Risk management and compliance requires proactive diligence. Remember your primary mission is providing a quality education to all students.

For additional discussion of this topic, you can view a recording of our 2014 TCLE webinar, “Not on My Watch-A University’s Guide to Avoid Being a Spots Center Breaking News Headline.”

Bob Wallace is the chair of Thompson Coburn’s Sports Law Group. He has more than 30 years of experience in the national sports arena through his past executive and legal work for the St. Louis Rams, the Philadelphia Eagles and the St. Louis Football Cardinals. He can be reached at (314) 552-6509 or rwallace@thompsoncoburn.com.