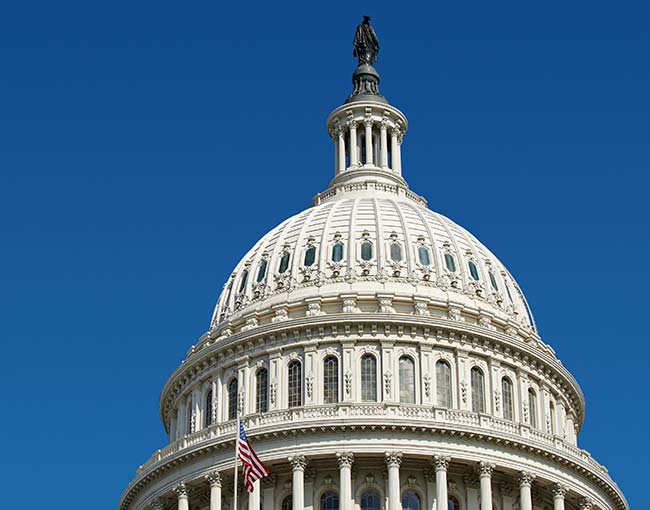 The nuts and bolts of HEA Reauthorization

As most in higher education are aware, Congress presently is working to reauthorize the Higher Education Act of 1965, as amended (20 U.S.C. 1001 et seq.), the seminal legislation that created and governs the administration of the federal student financial aid programs. Throughout the reauthorization period, various legislators will propose bills to establish, terminate, or amend the student aid programs. The education committees in the House and Senate will hold hearings and commission reports, both to gather information and to highlight concerns. White papers will be issued by congressional offices, executive agencies, and think tanks, and trade associations and industry participants will attempt to bend the ear of legislators on policy issues.

As you would expect, in all the commentary and analysis relating to the machinations described above, references to “reauthorization” will abound. It is, after all, the context in which all the noted activity occurs. And yet it is rare that the nuts and bolts of the process, or even its basic purpose, will be discussed. What, for example, is actually being reauthorized? How is reauthorization ultimately accomplished? And why is reauthorization necessary? Here we hope to answer such questions, and in doing so, to provide some useful insight into this fundamental process.

As noted above, the HEA was first enacted in 1965. Since then, it has been “reauthorized” on eight separate occasions.

But what, exactly, does it mean to “reauthorize” the HEA? Generally speaking, authorization language creates, extends, or makes changes to a federal program, and specifies the amount of money that the government may spend to carry out the program. Sometimes Congress authorizes a specific amount for a program, and in others, it leaves the amount open ended.

As most are aware, the HEA is a collection of loan and grant programs. But not everyone realizes that each program has its own authorizing language. In January 2014, the Congressional Research Service published "The Higher Education Act (HEA): A Primer" (the “HEA Primer”), and included a table detailing each section of the HEA that authorizes the spending of funds on a particular program. According to the table, there are 110 distinct provisions authorizing programs.

Thus, when the HEA is reauthorized, Congress is actually updating the authorizing language for each separate assistance program contemplated in the act. Subsequent to the most recent reauthorization, which was accomplished through the passage of the Higher Education Opportunity Act of 2008 (HEOA), it was not uncommon to read that the HEA had been “reauthorized” through FY2014. Though referring to the reauthorization of the HEA as a whole is useful shorthand for a reporter, from a regulatory standpoint, it is not accurate. There is not one single section reauthorizing the entire HEA, but instead scores of sections “reauthorizing” the government to spend funds on individual programs and initiatives.

It also is important to appreciate that for each program, the approach to reauthorization can be different. In most cases, the HEOA reauthorized appropriations for programs through FY2014, but this was not the case with regard to every program. Authorization of appropriations for the Teacher Quality Partnership Grants, for example, expired in FY2011 (HEA Sec. 209), while certain funding for HBCU’s was authorized through FY2019 (HEA Sec. 371(b)).

Whether funds are authorized, or authorized and appropriated, also differs from program to program. In the former case, known as “discretionary spending,” the legislation authorizes an appropriation, but does not go the next step of appropriating funds. In the latter case, often referred to as “mandatory spending,” the authorization bill both authorizes and appropriates the funding for the program, meaning Congress both authorizes the spending and allocates the funds to be spent. Occasionally, the HEA actually contains both discretionary and mandatory spending clauses for a single program. For example, HEA Sec. 528(a) authorizes through FY2014 the spending of funds for programs promoting post-baccalaureate opportunities for Hispanic Americans, while HEA Sec. 898 authorizes and appropriates additional funds for the same program.

Given the complexity and diversity of reauthorization, one can see why a political commentator would elect to characterize reauthorization as a single legislative action, instead of as a collection of diverse, individual considerations. Breaking down the particular reauthorization or appropriation timeline for each specific program is a time-consuming and technical chore. But it is important to understand that this shorthand is indeed a convenience, and does not accurately reflect the reauthorization process. During this reauthorization cycle, for example, there have been some in Congress who have suggested that it would be more efficient to carry out the current reauthorization via a series of bills, instead of through a comprehensive reauthorization bill. These individuals thus are suggesting that Congress manage a subset of the many required program authorizations in each bill, instead of addressing them all at once. Understanding that reauthorization is in fact a collection of individual actions, each on a separate program, provides the context necessary to make sense of this approach, and to appreciate why it is a viable option.

The failure to reauthorize

Speaking of the present reauthorization cycle, one might ask how the HEA programs are still in operation if most programs’ authorization window ended in FY2014? These programs were extended through FY2015 courtesy of the General Education Provisions Act (GEPA). Section 422 of GEPA (20 U.S.C. 1226a) provides that if Congress does not pass legislation extending a program in the regular session that ends prior to the beginning of the terminal fiscal year of authorization of appropriations of an applicable program, the program is automatically extended for one additional fiscal year. Thus, all those programs for which the current authorization ended in FY2014 (the vast majority) were automatically extended for an additional year, through FY2015.

But what happened at the end of FY2015, since Congress did not reauthorize all the HEA programs by the end of the fiscal year?

Historically, the understanding has been that if Congress failed to reauthorize HEA programs prior to the expiration of their current authorization period, there would no longer be any authorization to appropriate funds for their execution (though they would still be on the books, so to speak). In theory, Congress could act to appropriate funds for such programs, despite the fact that appropriations were no longer authorized. In the HEA Primer, the Congressional Research Service observes that so long as a program continues to receive appropriations, it is considered to be implicitly authorized, even absent explicit authorization language. But this approach is disfavored. Indeed, both House and Senate rules specify that legislators may object to appropriations for programs not previously authorized (See House Rules XXI, XXII; Senate Rule XVI).

Accordingly, in order to avoid this scenario, Congress in prior years has acted to extend the HEA until the individual programs could be properly authorized for a new period. As we discussed above, formal reauthorization legislation addresses the reauthorization of each individual program in the HEA. Temporary legislation to extend the HEA, in contrast, typically is brief, provides a blanket extension of all programs, and authorizes appropriations to match prior year levels. Examples of this approach include the Higher Education Extension Act of 2004 (PL 108-366) and the Higher Education Extension Act of 2005 (PL 109-81).

In a fascinating twist (at least for the wonks among us), Congress broke from precedent in 2015 and determined not to pass a temporary extension bill, apparently on advice from counsel for the U.S. Department of Education. Consequently, the vast majority of the programs detailed in the HEA is no longer explicitly authorized, but instead currently rely on the implicit authorization that is presumed so long as they continue to receive appropriations. Though this approach would appear to expose future appropriations to the rule-based objections noted above, both the Department and Congress seem to view this risk as acceptable.

On a final note, some readers may recall that two HEA programs did, in fact, expire at the end of FY2015 when they were not reauthorized: (1) the Perkins Loan Program, and (2) the Advisory Committee on Student Financial Assistance. Why would these programs “expire” when the majority of the HEA programs continue to be implicitly authorized? As we discussed above, the approach to authorization and appropriation differs for each program in the HEA. In the case of the Perkins Loan Program, Congress had not made any appropriations for a period of several years. Consequently, once the program’s authorization expired, it would be without authorization or appropriation, with the result that the program would not even be implicitly authorized. The language authorizing the Advisory Committee on Student Financial Assistance, in contrast, actually contained sunset language, specifying that the Committee was only authorized to exist through October 1, 2015 (see 20 USC 1098(k)). And the automatic one-year extension under GEPA Section 422 does not apply to the authorization of committees that are required by statute to terminate on a specific date. Congress ultimately acted to extend the Perkins Loan Program for an additional two years, but no extension for the Advisory Committee on Student Financial Assistance was passed. As a result, the latter, at least for now, is truly expired.

An earlier version of this article appeared in the October 2015 issue of Career Education Review.

Chris Murray is a founding partner of Thompson Coburn LLP’s lobbying and policy group, which focuses on the political and regulatory issues affecting the education sector. Chris can be reached at (202) 585-6916 or cmurray@thompsoncoburn.com.