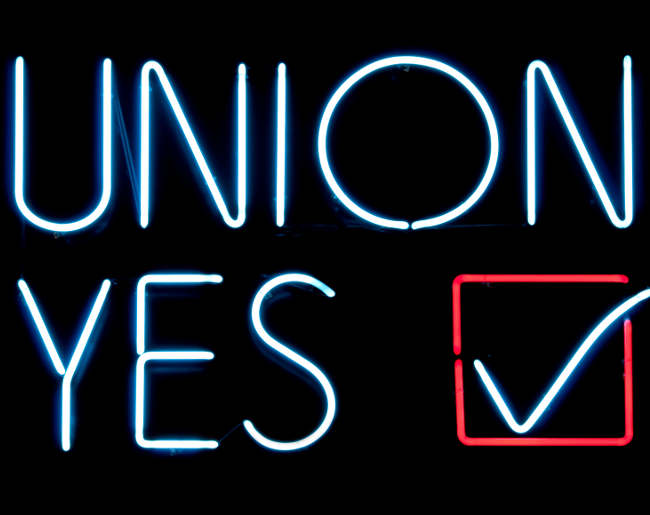 On August 23, the National Labor Relations Board issued several decisions affecting unionization rights at private universities. In the first of these, Columbia University, the Board held that graduate and undergraduate teaching assistants had the right to unionize. In a separate pair of decisions, Seattle University and St. Xavier University, the Board also held that religious studies faculty could be excluded from adjunct faculty unions.

In Columbia University, the Board held that both graduate and undergraduate teaching assistants, as well as graduate research assistants, are entitled to collective bargaining under the National Labor Relations Act. Graduate student unions at public institutions are common, as students’ collective bargaining rights at public universities is governed by state law. However, the Board has jurisdiction over student unions at private universities.

The Board noted that Section 2(3) of the Act broadly defines “employee” to “include any employee” subject to certain specified exceptions. None of the exceptions contained in Section 2(3) concern students and universities. Noting that the student assistants performed work at the university’s direction and were compensated for this work, the Board concluded that these student assistants were employees under the Act.

The Board expressly overturned its previous decision, Brown University, 342 NLRB 483 (2004), which had concluded that graduate assistants could not be statutory employees because they are primarily students and have a primarily educational and non-economic relationship with their university. The Board rejected this reasoning, explaining that an employment relationship could co-exist with an educational relationship, without reference to which of the relationships was “primary.”

Similarly, the Board rejected the university’s argument that asserting jurisdiction over student assistants would threaten First Amendment academic freedom. Further, while Columbia University argued that extending statutory protection to student assistants could be detrimental to the educational process, the Board examined the experience of student unionization at public universities and concluded that such activities had not seriously interfered with universities’ higher education functions. Consequently, the Board held that student assistants who have a common law employment relationship with their university are statutory employees, and are thus entitled to the Act’s protections.

Religious studies faculty may be excluded from adjunct faculty unions

The Board also ruled that instructors of religious studies may be excluded from part-time or adjunct faculty unions at private universities. In a pair of decisions concerning St. Xavier University and Seattle University, both Roman Catholic institutions, the Board held that although most adjunct teaching faculty were eligible to unionize, the faculty in the religious studies departments could not be included in the bargaining unit.

The Board noted that under its previous decision in Pacific Lutheran University, a two-part test exists to determine whether the Board may exercise jurisdiction over faculty members at religious universities. First, the Board asks whether the institution holds itself out as providing a religious educational environment. Second, the Board asks whether the particular faculty members’ responsibilities would require the furtherance of the school’s religious mission. The Board concluded that although these universities did indeed hold themselves out as providing a religious educational environment, the vast majority of the faculty were not hired to advance the religious goals of the institution. Consequently, the adjunct faculty members were eligible to unionize. However, the Board found that the faculty of the religious studies departments, whom generally had expertise in Catholic theology and taught courses on Catholic tradition, did further the schools’ religious missions as part of their responsibilities. Therefore, while the Board recognized the bargaining units of part-time faculty at these universities, those faculty members from the Department of Religious Studies were excluded from the units.

While graduate students may not seem like traditional employees who would ordinarily bargain collectively, institutions of higher education can expect that teaching and research assistants may move forward with union drives. The terms and conditions of employment for graduate and undergraduate student assistants therefore may become subjects of bargaining. Higher education institutions should consider how to best manage their relationship with student assistants in light of this new precedent.

Similarly, higher education institutions should be aware that their adjunct or part-time faculty members also likely have a right to unionize and bargain collectively. However, these institutions should be ready to challenge the inclusion of religious education faculty in any such unions, as the above Board decisions make clear that such faculty likely falls outside the purview of the National Labor Relations Act.