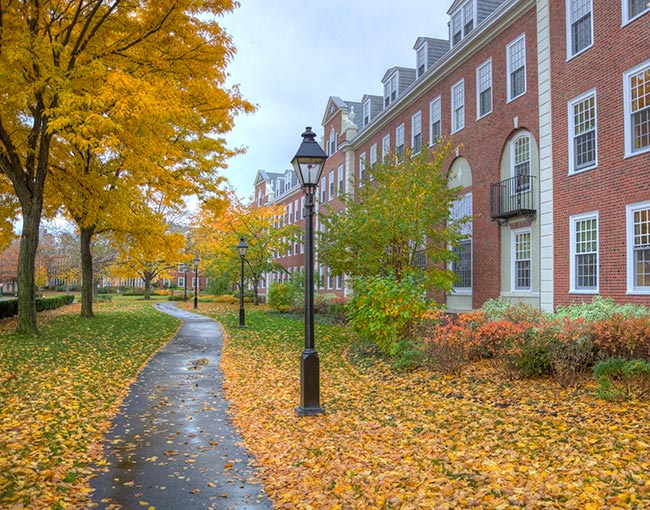 Colleges should prepare: ED loan discharge letters on the way

Though much has changed at the U.S. Department of Education over the years, at least one thing has remained constant: the agency’s penchant for releasing guidance right before a holiday. Indeed, each year, as we glaze our hams and deck our halls, we can be sure that the Department is about to post a Q&A, publish a DCL, or put out a pamphlet. Last week was no exception. As we all were searching for grandma’s recipe book, the Department quietly dropped not one, but two significant announcements.

The first of the two electronic announcements is titled “Implementation of School Notice Requirements Under the 2016 Borrower Defense Regulations,” and concerns the roll out of the 2016 borrower defense claim process. Pursuant to the rule, borrowers can apply to the Department to have their loans discharged on the basis that the institution they attended committed a prohibited act or omission. If the Department grants the discharge, the agency then has the right to recover the amount discharged from the offending school. As readers know, we have devoted considerable time to the evolution of this claim process in recent years, including two webinars examining the latest version published this past September.

In its announcement last week, the Department signaled that it is preparing to begin processing discharge claims using the discharge protocol put into place by the Obama administration, which, as the agency rightly notes, requires the agency to “notify the school associated with the borrower defense application of the claim filing, and give the school the opportunity to submit records or a response to the allegations contained within the application.”

Why colleges and universities should care

First, the Department is sitting on a huge pile of pending claims, which represents billions of dollars of potential discharge liability. According to the last Borrower Defense to Repayment Report released by the Department, approximately 210,000 unresolved borrower defense claims were awaiting adjudication as of June 2019. The vast majority of these claims relate to a relatively small number of schools. In its periodic Reports, the Department does not provide the names of the institutions against which the claims have been made. However, data provided during the negotiated rulemaking (and in response to FOIA requests lodged by news outlets) has consistently shown that as great as 90% of the claims are linked to 10 to 15 institutions.

This having been said, there are still plenty of claims to go around. Even if 90% of claims are concentrated among a handful of schools, that still leaves 21,000 claims to be spread across the rest of higher education. And 21,000 claims represents a lot of potential discharge dollars. By way of example, the 47,942 claims that had been approved by the Department as of June 2019 led to the discharge of $534,765,563 in loans. For administrators, this math is not surprising. If the Department discharges the loans for five bachelor’s degree students, for example, a school could be looking at a bill for hundreds of thousands of dollars.

Second, there is reason to believe that new claims will continue to be made. Much of the public discussion regarding the borrower defense rule has been focused on its application to proprietary schools. And there is no question that this was a primary focus of the prior administration and many of the negotiators who participated in the rulemaking processes. But the claims process applies to all institutions of higher education, and as such, is available to borrowers from all institutions.

These borrowers are only becoming more aware of the borrower defense discharge opportunity. Concerns regarding graduate debt, college affordability, and outcomes continue to percolate through public discourse, garner coverage in presidential debates, and appear in mainstream media. Meanwhile, the Department, consumer media, and consumer advocates, all have increased efforts to make information regarding the borrower defense application process readily available. As dissatisfaction with student debt is stirred, and discharge options are promoted, it seems probable that claims activity will be sustained, and could even increase.

Closed school loan discharge letters are on the way, as well

The Department began “running the numbers” back in December 2018, and over the last year has been processing automatic closed school loan discharges. The purpose of last week’s announcement was to inform institutions that the agency will soon begin “issuing Automatic Closed School Loan Discharge Liability Letters to affected schools,” which will “assess school liabilities equal to all loan funds discharged through the automatic closed school discharge process.”

Why colleges and universities should care

First, the rule’s application is much broader than is often appreciated. The closed school loan discharge rule covers the closure of any location, not just the closure of an entire institution. Per the rule, any location that closed on or after November 1, 2013, will be reviewed for possible automatic discharges. It does not matter whether the closure was of a branch campus, a main campus, or an entire school.

It’s also important to understand that the Department is not just sweeping its systems for students who were enrolled at the time of closure, but for anyone who withdrew within the 120 days preceding the last date of instruction at the location. 20 U.S.C. § 1087(c), which governs the closed school discharge of Federal Direct Loans, simply provides that if a student “is unable to complete the program in which [he or she] is enrolled due to the closure of the institution…, then the Secretary shall discharge the borrower’s liability on the loan….” The regulation, however, goes beyond the statute, providing that the Department will discharge the loans of any student who “[d]id not complete the program of study at that school because the school closed while the student was enrolled, or the student withdrew from the school not more than 120 days before the school closed.”  34 C.F.R. § 685.214(a)(1) (emphasis added).

Second, this process is new and automated, which, in our view, means there will be significant opportunity for error. Indeed, the existing, application-based process is often prone to mistakes. For example, the Department does not have a fail safe means by which to determine the basis for a student’s withdrawal during the 120 day period, which can lead to faulty discharges. We have seen instances where a student who was dismissed for academic failure was nonetheless granted a discharge because the dismissal occurred during the 120-day window. The Department simply assumed that the withdrawal was due to the imminent closure. And because the Department discharges first, and asks questions later, the school’s first opportunity to note the issue was during the recovery proceeding.

Institutions of higher education will soon begin receiving notifications from the Department if a student has filed a borrower defense claim, or if the Department has granted an automatic closed school loan discharge. We strongly suggest that general counsel, compliance officers, and financial aid staff put into place a protocol for the receipt and management of such claims. These institution should know who likely will receive any such notices from the Department, and have a plan in place for producing a timely response. We also strongly encourage institutions to closely and aggressively evaluate any notices received from the Department, as well as the underlying claims, and to provide a fulsome and well-articulated reply. There is no question that there will be borrower defense and closed school loan discharges that are meritorious and should be granted (or upheld, in the case of the latter). But we also anticipate that there will be frivolous claims, and inadvertent errors, and institutions will want to take every opportunity to bring these issues to light.

Institutions seeking assistance managing discharge claims are welcome to contact Aaron Lacey at 314-552-6405, or at alacey@thompsoncoburn.com. Thompson Coburn’s Higher Education Practice has deep experience representing institutions in matters involving the Department, and considerable familiarity with the borrower defense rulemaking. In 2018, Aaron served the Department as one of 17 primary negotiators charged with overhauling the borrower defense rule. The Department appointed Aaron to represent and negotiate on behalf of general counsel, attorneys, and compliance officers at postsecondary institutions nationwide.

Finally, we invite institutions to join us on December 17, 2019, when we will provide an overview of the status and substance of the Department's current rulemaking activity, with a focus on developments that have, or could have, near-term impact for institutions of higher education. The webinar will cover the final borrower defense, accreditation, and state authorization rules promulgated this fall, and discuss the distance education and Title IX rules on the horizon.

Aaron Lacey is the leader of Thompson Coburn’s Higher Education practice, host of the Firm’s popular Higher Education Webinar Series, and editorial director of REGucation, the Firm’s higher education law and policy blog. You can contact Aaron at 314-552-6405, or at alacey@thompsoncoburn.com.