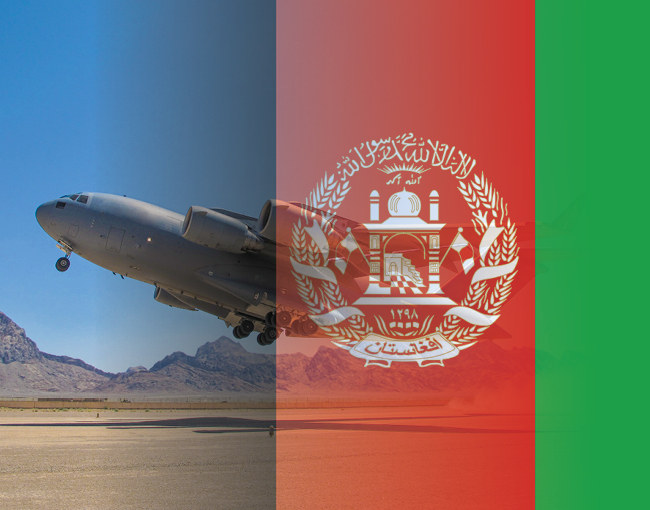 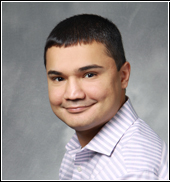 It wasn’t until he sat down on the plane, his four sons seated around him and his four-month-old daughter warmly bundled in the arms of his wife, Mursal, that Kushaal felt truly safe. From the tarmac of an airport in Mazar, Afghanistan, the 44-year-old Afghani raised his phone and snapped a selfie, then texted it to his cousin Ahmad Anwar in St. Louis, the person who had spent the last three months fighting for this exact moment, the moment when Kushaal and his family could evacuate a country violently retaken by the Taliban.

Ahmad, a senior financial analyst at Thompson Coburn, was working from home on a Thursday afternoon in October when his phone pinged with Kushaal’s text. “We have finally boarded the plane. Thank god,” Kushaal wrote. Ahmad breathed a sigh of relief and thought about all the people across the U.S. – including his Thompson Coburn colleagues and the office of U.S. Rep. Ann Wagner (R-Missouri), who made it possible for this small family to safely flee a violent, unstable country and start a new life together.

"It is truly a joy knowing that my cousin’s family will now have a brighter future,” said Ahmad. “None of this would have been possible without the help of everyone involved.”

From St. Louis to the State Department: The team assembles

In August 2021, as the U.S. completed its withdrawal of troops from Afghanistan, the Taliban quickly accelerated its takeover of the country and launched regular attacks on the Afghan government and security forces.

Ahmad, who was born in Afghanistan, has more than 40 relatives living in and around Kabul. He feared for all of their safety, but his first concern was Kushaal, who, because he worked within Afghanistan’s Department of Defense in conjunction with programs operated by the United Nations, was at high risk of being labeled a “traitor” by the Taliban and targeted for retribution.

Ahmad started working in Thompson Coburn’s business office in 2020 just as the pandemic started. He knew that the Firm had a Lobbying & Policy group in Washington, D.C., with strong connections among U.S. lawmakers. Perhaps they could help Kushaal’s family, he thought.

He sat down with his supervisor, Matt Finke, Thompson Coburn’s Chief Financial Officer, and talked to him about the problem. Within 90 minutes, Matt had set the wheels in motion. He conferred with Chair Roman Wuller; St. Louis corporate partner Mike Lause; Ken Salomon, a partner in the Firm’s Lobbying & Policy group; and Chris Murray, the chair of the Lobbying & Policy group. Ken then reached out to Rep. Wagner’s office.

Over the next several weeks, the Congresswoman’s office contacted the U.S. State Department to expedite the visa process for Kushaal and his family. A private group in Texas provided the funds needed to evacuate the family and temporarily resettle them in another country during the likely years-long visa approval process.

Once they received notice of their evacuation plans in late September, Kushaal and his family had 24 hours to prepare for their journey out of Kabul. They packed three sets of clothes for each person and left behind their home and all other belongings.

On October 14, the family boarded the plane out of Afghanistan. Today, they’re safely settled in another country, living with 1,000 other Afghan refugees in a camp that provides apartment-style housing, meals, and the opportunity for Kushaal to work while the family awaits the next steps in the immigration process.

“I was happy to have played a part and absolutely thrilled that the family was evacuated and is safe,” said Ken Salomon of the Lobbying & Policy group. “I feel a real bond with them and with Ahmad.”

Ahmad grew up with Kushaal in Kabul before leaving the country at age seven and welcomed his second baby within weeks of the birth of Kushaal and Mursal’s daughter. This journey has strengthened the cousins’ connection and for Ahmad, reaffirmed his faith in the colleagues, lawmakers, and total strangers who came together to help a family find a safe future.

“We’re a compassionate firm, and it starts with our leadership,” Ahmad said. “When Matt, Roman, Ken, Chris and Mike came together rapidly to come up with a plan, I was ecstatic. I thought, ‘Even if this doesn’t work, this is way more than any other employer would do.’ I couldn’t be happier that we were actually successful in helping Kushaal.”

“It really took people dropping what they were doing to care about someone thousands of miles away in a different country,” he said. “I’ll forever be grateful to Thompson Coburn, Rep. Ann Wagner, and everyone else who assisted us.”