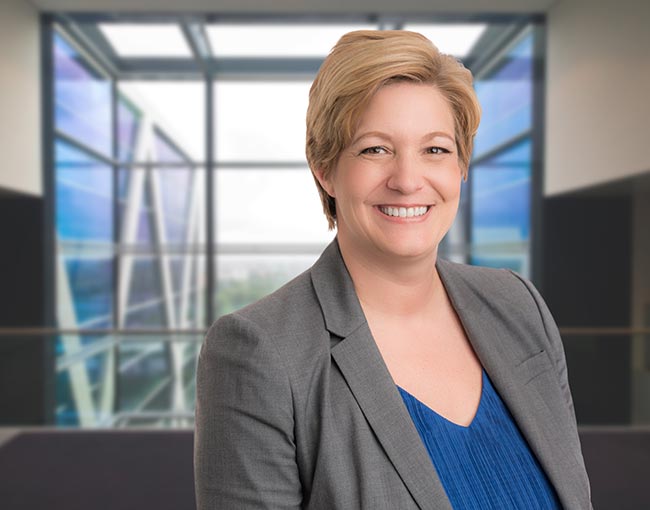 Across a diverse range of industries and a variety of claims, Elizabeth has helped companies and individuals achieve impactful results in state and federal litigation and appeals. Applying creative strategies and her 15 years of jury trial experience, she has helped clients defend against class actions in jurisdictions across the country, respond to workplace injuries and fatalities, successfully defend against shareholder actions, and resolve complex business disputes.

She has counseled companies and their officers and directors on matters involving billions of dollars in potential exposure.

For each client, Elizabeth listens carefully to stakeholders and approaches litigation with a strong focus on the broader business strategy surrounding a dispute or claim. She keenly understands that litigation is a tool, not an end result, and strives to develop innovative solutions that align with a client's business needs.

In a major pro bono effort covered by The New York Times, The Atlantic and ProPublica, Elizabeth represents thousands of female sexual assault survivors in a federal class action against the Austin Police Department and the Travis County District Attorney's Office over alleged failures in the investigation and prosecution of sexual assaults. In conjunction with her work on the lawsuit, Elizabeth worked alongside survivor advocacy groups to successfully petition Texas lawmakers to pass $80 million in funding and new laws focused on improving the investigation and prosecution of sexual assault across Texas.

Elizabeth is involved with multiple initiatives related to human trafficking and child advocacy, and sits on the Board of Directors for the Equality Texas Foundation, which works to secure full equality for LGBTQ Texans through education and community organizing.

Defended a global oil and gas company in a lawsuit brought by family members of a contractor's employee who died while working in the delayed coking unit at a refinery facility.

Represented the national manufacturer of several brands of central air conditioning and heating systems in a series of putative consumer products class actions.

Resolved numerous claims brought by hundreds of current and former residents of a town in New York state alleging personal injuries, diminution in property values, and other damages related to alleged vapor intrusion and historic air emissions in the area of a former computer manufacturing facility.

Represented a workforce management solutions company and obtained dismissal of a lawsuit brought against it by a non-employee following a traumatic workplace injury.

Represented the owner of a multi-million-dollar real estate project in a lawsuit in Harris County state court relating to a series of complex commercial real estate transactions.

Represented a bond insurer and won an appellate victory reversing the trial court's ruling and reinstating claims related to approximately $1 billion in bonds issued by the Harris County-Houston Sports Authority in connection with the construction and development of professional sports stadiums in Houston.

Represented the Special Committee of the Board of Directors of an international energy services company investigating alleged FCPA violations in response to shareholder demand.

Obtained an asylum grant on behalf of a Honduran woman who had suffered extreme domestic violence in Honduras and her young daughter.

"Strategies to Mitigate Director Liability and Exposure in 2021 and Beyond,"
Association of Corporate Counsel - Dallas-Fort Worth, August 2021