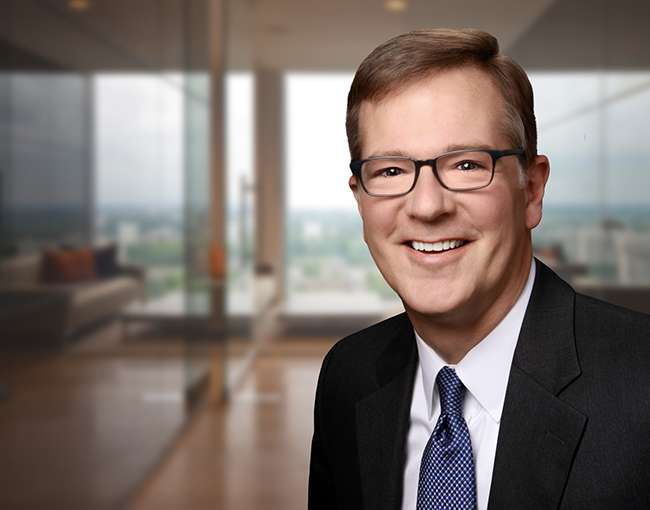 Jim is an experienced real estate strategist and negotiator who counsels companies on a broad range of real estate matters, including acquisitions, dispositions, development, financing, leasing, and workouts of distressed properties.

He has negotiated complex leases across the country for both landlords and tenants, principally in the retail, office and industrial context, but also for energy concerns, radio and television stations, data centers, educational institutions, health care facilities, restaurants, billboards and other uses. Because leases are anything but boilerplate— particularly "build-to-suit" leases or leases involving proposed developments or projects under construction —clients trust Jim to handle all aspects of leasing agreements correctly and efficiently and alert them to any major issues.

Frequently clients involve Jim at the letter of intent stage, where he can provide strategic guidance on a proposed development or address lease or sublease questions, allowing negotiations of binding documents to begin with major issues resolved and an agreed-upon framework for final documents in place.

Jim draws on his extensive knowledge of state and federal low income housing tax credits to counsel lenders, developers, and equity investors on the development of low income housing. His team has handled dozens of such transactions across the country.

Jim also has unique experience handling health care-related real estate matters, often involving the development or disposition of medical office buildings and surgery centers that may be affiliated with a hospital system.

In March 2014, the Wall Street Journal's "Deal of the Week" column featured a major housing redevelopment in New Orleans' historic Treme neighborhood in which Jim represented U.S. Bank, whose $22.2 million bridge loan was part of the Bank's significant involvement in a 23-acreproject designed to transform the former Ibervillle public housing project, one of New Orleans' last deteriorating housing projects, into a $663 million mixed-use development. Jim has since been involved in representing U.S. Bank in two additional phases of that project.

In August 2015, Jim concluded work for Rabo Agrifinance, Inc. on a build-to-suit lease which will result in Rabo's relocation of its U.S. headquarters to 75,000 square feet of space in a newly constructed office building in Chesterfield, Missouri.

How to get the most from your title insurance before and after a real estate transaction October 15, 2018