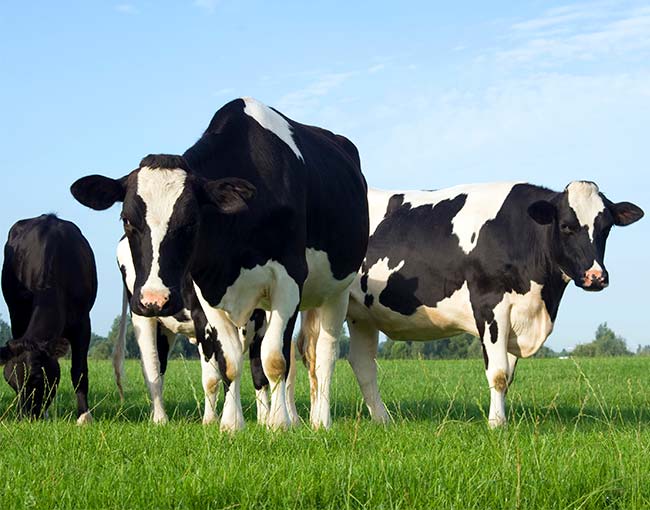 Can you really lease a cow?

According to the Sixth Circuit, the answer is “yes.” Dairy cattle leasing is an increasingly popular method for producers to add to their herds while conserving capital for other purposes. Leasing is particularly attractive for thinly capitalized producers who wish to spread their fixed costs across more cows.

The legal and practical issues of cattle leasing were clearly illustrated in a recent decision from the Sixth Circuit, Sunshine Heifers, LLC vs. Citizens First Bank (In re Purdy). Lee Purdy was a Kentucky cattle farmer who owned some of his dairy cows, subject to a security interest held by a local bank called Citizens First Bank. Purdy also leased other cattle from a leasing company called Sunshine Heifers. Purdy intermingled the owned and the leased cattle on his farm, but the Bank’s collateral had a white ear tag and Sunshine’s leased cattle had a yellow ear tag. In addition, Sunshine required Purdy to brand the leased cattle with Sunshine’s proprietary brand. Both the Bank and Sunshine periodically inspected Purdy’s farm and counted their cattle, but they never coordinated their inspections.

All went well until Purdy began to experience financial difficulties in 2012. He began to sell off cattle without remitting the proceeds to either the Bank or Sunshine. Purdy eventually filed a Chapter 12 bankruptcy case in late 2012, but it failed almost immediately and a trustee was appointed. When the Bank and Sunshine jointly visited his farm after the bankruptcy was filed, they learned that hundreds of cattle were missing and that there were not nearly enough cattle remaining to pay both of their claims. The bankruptcy trustee eventually sold the remaining cattle, and the Bank and Sunshine litigated their respective rights in the proceeds.

The “true lease” vs. “security agreement” issue is one of the most frequently litigated questions under the Uniform Commercial Code (UCC). See generally 4 J. White and R. Summers, Uniform Commercial Code, § 30-3 at p. 17 (6th Ed.). While the original law on this issue focused on the parties’ intent, the statute was amended in the 1980s to focus on a small set of objective factors and the economic substance of the transactions. Id. at p. 21. The revised statute is located at UCC § 1-203, and it establishes a two-part analysis:

The Bright Line Test is described in UCC § 1-203(b). This Section provides that all transactions in the form of a lease that are not cancelable by the lessor and that satisfy any of the four criteria listed in UCC § 1-203(b) are conclusively deemed security interests. The Sunshine leases were not cancelable, so the question became whether any of the four statutory criteria were satisfied. The relevant factor in this case was whether “the original term of the lease is equal to or greater than the remaining economic life of the goods.” If the economic life of the leased cattle was less than 50 months (the term of the Sunshine leases) then the leases were per se disguised security agreements.

The economic life of a cow

In the Purdy case, the Bankruptcy Court found that the term of the Sunshine leases (50 months) was longer than the “economic life” of a dairy cow, so the Sunshine transactions were actually security agreements. The Bankruptcy Court focused on Purdy’s testimony at trial that a dairy herd was culled at the approximate rate of 30 percent per year, meaning that “within three years an entire herd is extremely likely to have been entirely replaced and certainly before the end of 50 months.” In short, the Bankruptcy Court analyzed the issue as if Sunshine leased individual dairy cows to Purdy, not a herd of dairy cattle.

The Sixth Circuit disagreed and held that the Bankruptcy Court should have focused on the herd, not the individual cows. The lease documents obligated Purdy to replace any non-producing leased cattle that were culled from the herd. A dairy farmer will frequently replace a culled cow with its calves, but Purdy instead sold the calves and used the proceeds to buy mature, milk-producing cows. Noting that it made little difference to Sunshine whether it received the exact same cows that it leased to Purdy, and that the herd, as replenished over time in the ordinary course of business, had substantial value remaining at the end of the lease term, the Sixth Circuit held that the Sunshine leases “flunk the Bright-Line Test and are not per se security agreements.”

The analysis does not stop there, however. The court must also consider the Economics-of-the-Transaction test. The Sixth Circuit noted that the ultimate issue is whether Sunshine “kept a meaningful reversionary interests in the herd.” The Sunshine leases contained no purchase option at the end of the lease term, but they did contain a residual guaranty where Purdy guaranteed Sunshine that the cows would be worth at least $300 per head value at the end of the term. The Sixth Circuit was not bothered by the residual guaranty, however, because Sunshine was not obligated to sell the herd to Purdy at the end of the lease term at any price. “Sunshine could have retaken possession of its cows and leased them out to Purdy’s competitors under the same terms, and there would have been nothing Purdy could have done under the agreement.”

Finally, the Sixth Circuit refused to be influenced by the post-lease conduct of the parties. The Bankruptcy Court was clearly bothered that Purdy did not abide by the strict terms of the lease contracts regarding the culling and replacement of leased cattle. The Sixth Circuit, however, did not think this conduct was important to its analysis, which is consistent with White & Summers’ view that post-lease conduct is irrelevant. “When the parties sign the contract and become bound, they have either made a lease or a security agreement… The agreement may prove to be much more beneficial to one than the other, but that does not change its character once the agreement has been signed. Foresight not hindsight controls.” 4 White & Summers, § 30-3(3) at p. 33.

This decision represents an unqualified victory for the cattle leasing industry, but the convoluted facts in Purdy illustrate the need for the lessor to be very vigilant, particularly if the dairy farmer has already granted a security interest on his cattle to a lender. Therefore, the lessor should consider running a UCC search before entering into the lease transaction to determine if the dairy farmer has granted any consensual liens to lenders. If there is a preexisting lender with a lien on the farmer’s cattle, the lessor and the preexisting lender should work out in advance a method to identify their respective animals and insist that the farmer cooperate.
Just in case, the lessor should consult an attorney who can consider including in the loan documents a clause granting a security interest in the leased cattle to the lessor. The filing of a precautionary financing statement is also a good consideration; it does not prohibit the lessor from later arguing that the transaction is a true lease. The lessor and lessee should agree in advance on how the non-productive cattle will be culled and replaced.

Note: Thompson Coburn represented Sunshine Heifers in its appeal to the Sixth Circuit.